The Exorcist review: this stage adaptation has its moments but is it as scary as the film?

Most people think The Exorcist is one of the scariest movies of all time. TV and radio film critic Mark Kermode thinks so. It’s also his favourite film.

When it was released in cinemas in 1973, the film sparked unprecedented worldwide controversy, leaving audiences petrified to the point of passing out. It went on to become one of the top ten highest grossing films of all time and won two Academy Awards

Now fans of the film have the opportunity to see a stage version. But just how scary can a play be?

Ask someone to name a scary film and they’ll have no problem reeling off a list which which would probably include The Shining, Blair Witch Project, Halloween, Texas Chainsaw Massacre and Silence of the Lambs.

But ask them to name their favourite scary play and they’ll probably struggle to name one.

It’s much easier for a film to stir your emotions than a play. People often cry when they watch a film. How often do they cry when they’re watching a play?

And it’s easier for a film to terrify an audience than a play. When you’re in a theatre, it’s hard to forget you’re watching a performance.

So can any play be as scary as a film? Well, yes it can. The longest running play in the West End is The Woman in Black, which has been running for no less than 30 years. It’s a play which sets out to scare audiences and it succeeds, if reviews are anything to go by.

Just in case you’re one of the few people who hasn’t seen The Exorcist or who doesn’t know what it’s about, the plot is simple. In a nutshell, it’s girl meets demon, girl is possessed by demon, girl loses demon. All hell lets loose, and not just metaphorically speaking.

So just how scary is this stage version of one of the scariest movies of all time? The answer is, not very scary at all.

The play gets off to a flying start and there are a handful of moments that make the audience jump, but they are few and far between. And those moments are down to special effects rather than a build-up of suspense and tension.

It’s a mistake to have an interval in a play that isn’t particularly long. I know there are sound commercial reasons for this, but it just means any tension which has been built up in the first half is dissipated.

The second half, which is mostly the exorcism, is more melodramatic than scary.

The special effects are pretty good throughout but obviously not a patch on the film. A film director has far more tricks at his disposal than a theatre director.

But you don’t need special effects to scare an audience. The scariest films and plays are often those which let your imagination do the work – the ‘heavy lifting’ as American actor Graham Skipper is quoted as saying in the programme notes.

The cast do their best, particularly Susannah Edgley who gives a fine performance as Regan, lip synching the blood curdling voice of Sir Ian Mckellen’s demon, and Sophie Ward in fine form as her mother.

But the problem with adapting The Exorcist for the stage is that it will inevitably attract audiences who have seen the film and expect to be scared. I wanted to be scared. Unfortunately, I wasn’t.

When I got home the house was dark but I wasn’t nervous. I didn’t look under the bed. I did hear some loud bangs but that’s because where I live the fireworks season has already started.

The Exorcist is at The Opera House until 26th October 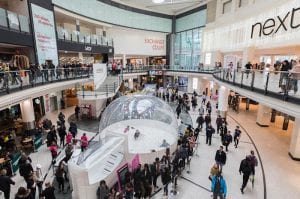 Manchester’s BIGGEST student shopping event is back – with up to 50% off top fashion, food, drink and tech 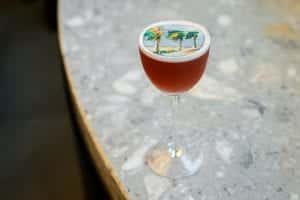 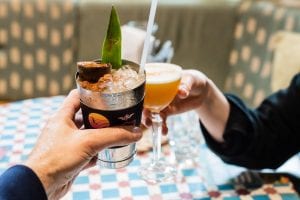