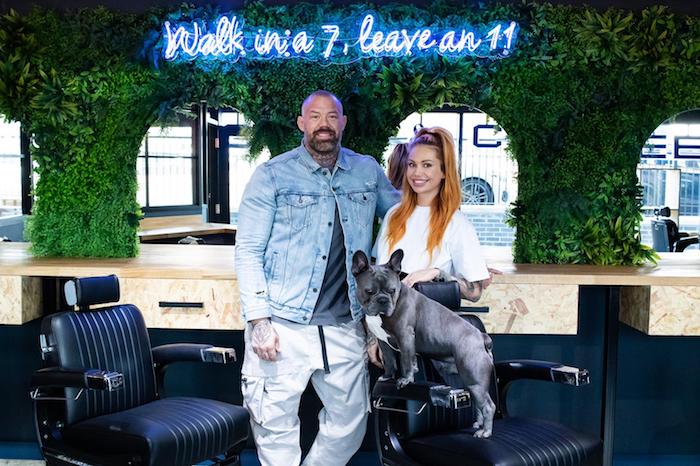 Former rugby league star Jordan James is now tackling a new career – with the launch of a new barbers and coffee shop concept with his wife Harriette.

Ex-International and Super League player Jordan and Harriette are launching CULT and Coffee at Salford Quays this weekend.

It follows the success of their first CULT Barbers in Monton in 2017 – but at the new site it will have the added bonus of high end barbering services in one room, and an artisan cafe with a range of snacks in the next.  It means you can order your flat white while getting yourself a flat top!

The Clippers Quay cafe will offer speciality drinks teaming up with Ancoats Coffee company to deliver what they say will be the best coffee in Salford. 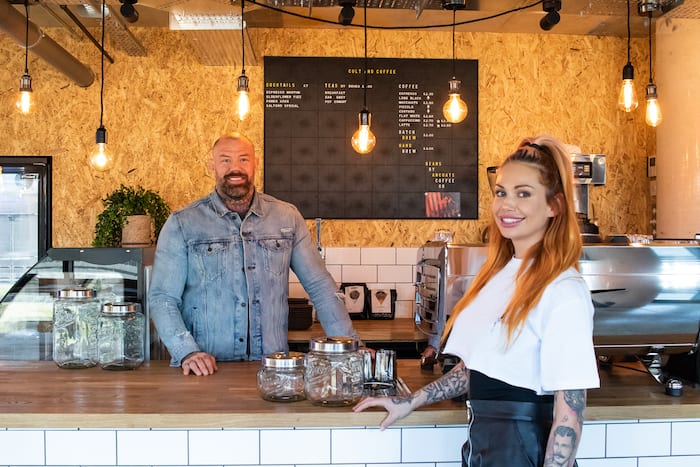 After captaining Wales with 32 caps and playing for Super League clubs including Wigan Warriors, Jordan, 38, retired from rugby league in 2015. He went on to complete a barbering course in London for four months, and returned to Manchester to craft his trade.

Jordan says: “When I got too old to play I moved into coaching with Wigan but quickly realised the coaching game wasn’t for me. This is where the idea of working together with Harriette came from, as both my mum and Harriette’s dad were successful business owners and this was what we wanted to do.

“After launching CULT in Monton, we had always talked about opening another barbers. So when Grainger PLC approached us to take our brand and open a local barbershop in their new Clippers Quay residential area the space was so huge we got to do our dream of a coffee shop with a high end barber-shop all under one roof.

“Both Harriette and I are both sporty and gym goers so we are trying to stay away from the usual sticky buns etc and offer healthier options, vegan options and meal prep.”

Meanwhile Harriette, 29, has been in the hair game since leaving school. Her father, Terry Calvert, was one of the biggest names in hairdressing and ran seven hugely successful, award-winning hair salons in Hertfordshire and London. 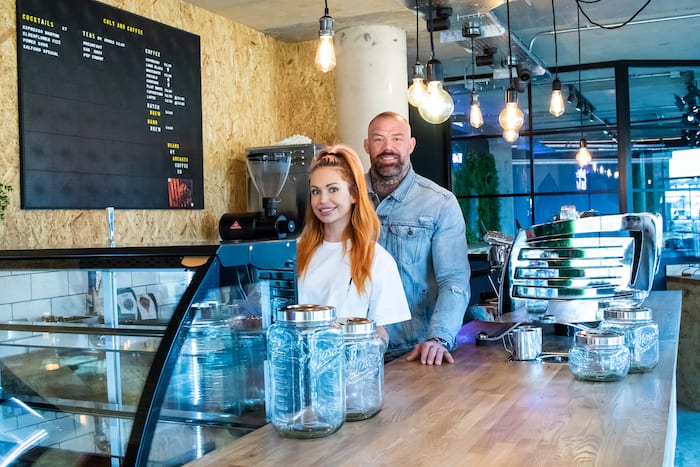 It is where Harriette’s passion for hair started and she went on to work numerous London Fashion Weeks, multiple shows and session styling.

The couple first met in Ibiza in 2013 and went back to the island to get married three years later. They’re now loving having their own businesses together.  They’ve been putting the finishing touches to the decor at the new Salford CULT along with their adorable pet French bulldog called Tyson.

Jordan says: “We absolutely love working together, our best days at work are when we are both cutting together in the shop, we never fall out about anything but obviously we do sometimes have a difference of opinion on things but we always come to an agreement usually with Harriette’s idea!

“We have felt the stress of opening another two businesses but we are so excited to see what the future can hold for us and the CULT Brand.” 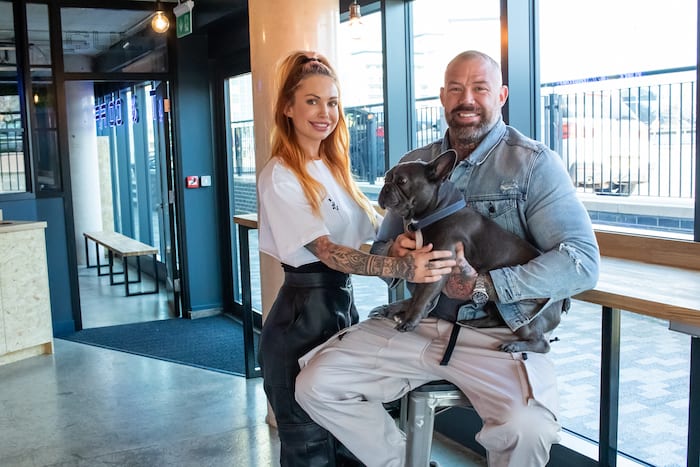 Jordan believes that listening to what each client wants and what is practical for their everyday living is what makes them different to a normal barber shop.

“We want CULT to be more that just barbering we want it to be a family that our staff and clients all feel part of,” he says. “We want all our businesses just to be the best they can be and build a local Salford brand, we want to deliver the best tasting coffee, healthy snacks along with supplying clients with the latest styles and high end barbering services.” 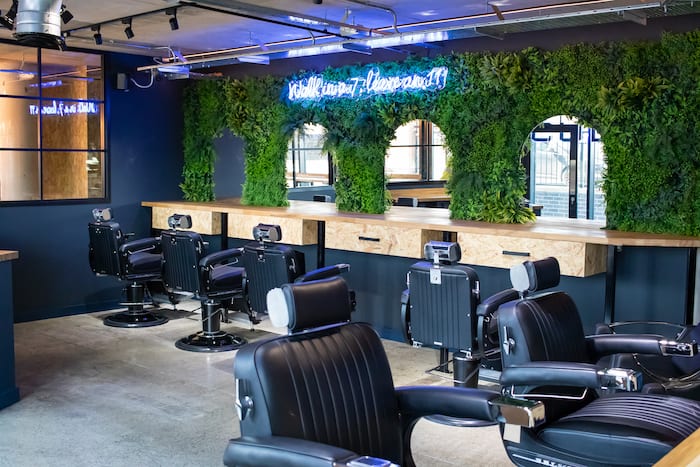 And next up for the couple is the launch of their own urban streetwear clothing line called CULT Collective.

Cult and Coffee are holding a grand opening on Saturday 6th April and are based at the brand new Clippers Quay development in Salford Quays.