A season of film noir thrillers is coming to HOME.

But rather than feature the usual suspects (The Maltese Falcon, Double Indemnity), The Dark Page season aims to explore the literary background of the genre, with ten films that each represent a different author.

These range from classic detective fiction writers like Raymond Chandler and pulp novelists like Jim Thompson to more modern thriller practitioners such as Elmore Leonard and Walter Mosley.

The season, which takes its name from an acclaimed book by Kevin Johnson, also looks at the impact of female writers in a traditionally male dominated domain, including films adapted from the work of Patricia Highsmith and Dorothy B. Hughes.

Accordingly, the specially produced brochure for the season comes with six short essays and a glossary of the featured writers, as well as a brief note on the film selections from artistic director Jason Wood which includes a list of “films that got away”.

Here’s our guide to the dark tales you mustn’t miss.

Alfred Hitchcock’s classic thriller is adapted from a short story (It Had to be Murder) by Cornell Woolrich, a prolific author who had more film noir screenplays based on his works than any other crime novelist. James Stewart stars as L.B. Jeffries, a photographer confined to a wheelchair in his apartment who takes to spying on his neighbours and becomes convinced that one of them has murdered his wife. Screening 5th, 7th and 8th August. 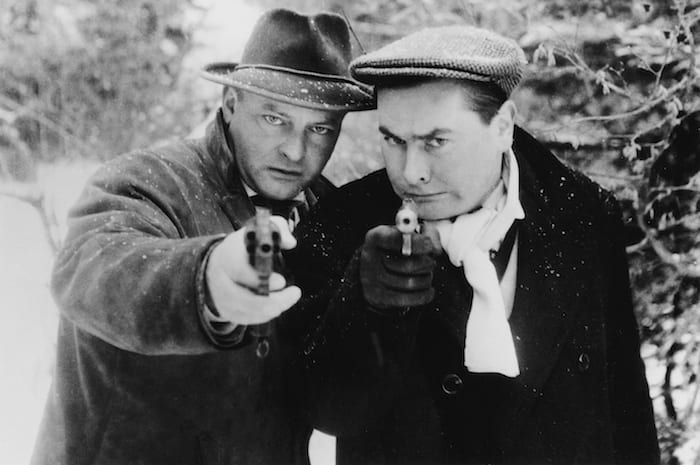 Based on a novel by crime fiction writer David Goodis, Francois Truffaut’s loving homage to film noir stars singer Charles Aznavour (perfectly cast) as Charlie, a washed up classical pianist who gets dragged into the criminal underworld when his brother Chico (Albert Remy) takes refuge in his dive bar after being chased by gangsters. A perfect fusion of smoky, noirish fatalism and the French New Wave style. Screening 10th August.

Director Robert Altman updated Raymond Chandler’s classic novel from the 1940s to the 1970s and gave lead actor Elliott Gould one of the best roles of his career as private eye Philip Marlowe. The plot involves Marlowe being hired to search for a missing novelist (Sterling Hayden) and finding himself implicated in a murder. Fun fact: an uncredited Arnold Schwarzenegger made his second big screen appearance as a musclebound goon. Screening 12th August.

Adapted from a thriller by mystery writer Dorothy B. Hughes, Nicholas Ray’s noir classic stars Humphrey Bogart as Dixon Steele, a washed-up screenwriter with an explosive temper. When he becomes the prime suspect in a brutal murder, his attractive new neighbour, aspiring actress Laurel (Gloria Grahame), provides him with an alibi. But Dix’s increasingly alarming behaviour leads her to believe that maybe he’s guilty after all. Screening 16th August.

Robert Mitchum had one of the best roles of his career in this ’70s crime thriller adapted from the debut novel by George V. Higgins. He plays Eddie “Fingers” Coyle, a low-level gun-runner who agrees to snitch on his gangster friends to avoid a lengthy jail sentence. Aside from its gritty location shooting and sharply drawn characters, the film features a terrific score by Dave Grusin that has recently been rediscovered with a vinyl release. Screening 18th August.

Director Alfred Hitchcock and novelist Patricia Highsmith prove a match made in heaven with this classic psychological thriller. Robert Walker plays socialite Bruno Antony, a psychopath who meets tennis pro Guy Haines (Farley Granger, never better) on a train and insists that to solve the problems in their lives they should ‘swap’ murders, each committing the perfect crime. Bruno commits the first murder and then gets understandably annoyed when Guy refuses to follow suit. Screening 19th, 21st and 22nd August. 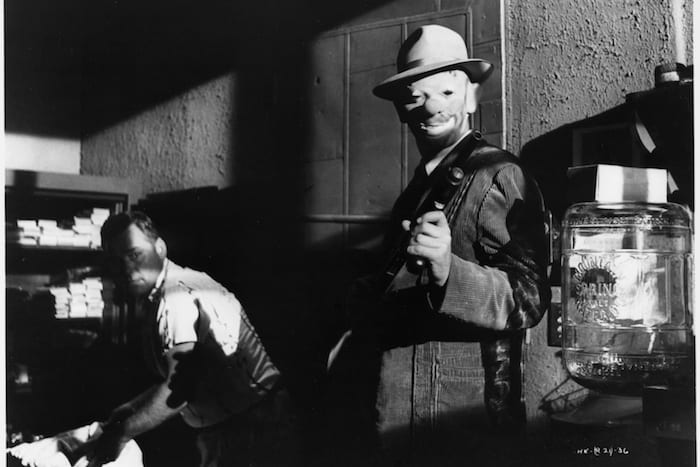 After his production company purchased the rights to Lionel White’s novel Clean Break, director Stanley Kubrick suggested that they hire pulp novelist Jim Thompson to write the script. Retitled The Killing, the result is one of the all-time great heist thrillers. Sterling Hayden stars as Johnny Clay, a veteran criminal who assembles a team of ne’er-do-wells (including Elisha Cook Jr and Timothy Carey) to pull off a racetrack robbery. Screening 25th August.

Quentin Tarantino’s follow-up to Pulp Fiction (1994) was this adaptation of the novel Rum Punch by prolific contemporary thriller writer Elmore Leonard (Out of Sight, Get Shorty). It stars Pam Grier in the title role as a flight attendant who gets pulled into the criminal underworld as a result of her association with gun-runner Ordell Robbie (Samuel L. Jackson). The film pays homage to blaxploitation classics Coffy and Foxy Brown, which also starred Grier in the title roles. Screening 28th August.

Based on the first in a series of novels by hard-boiled writer Walter Mosley, Devil in a Blue Dress stars Denzel Washington as private detective Ezekiel “Easy” Rawlins, who’s hired to find a missing woman and soon finds himself deep in a murderous political scandal in 1940s Los Angeles. Director Carl Franklin steeps the film in style and atmosphere and Washington delivers one of his best performances. Screening 30th August.

Adapted from the novel by James M. Cain (who also wrote the source novels for noir classics Double Indemnity and The Postman Always Rings Twice), Mildred Pierce stars Joan Crawford as a hard-working divorced mother who’s caught up in a murder mystery when her second husband (Zachary Scott) is shot, apparently by her cheating first husband (Bruce Bennett). The film won Crawford her first and only Oscar for Best Actress. Screening 2nd, 4th and 5th September.