The Blaggers Guide to Craft Beer – how to order it, drink it and comment on it

For the casual ‘non-craft’ drinker, a nine-day craft beer marathon poses a challenge. No need to worry, though. We’ve put together a comprehensive guide for blagging your way through Manchester Beer Week. 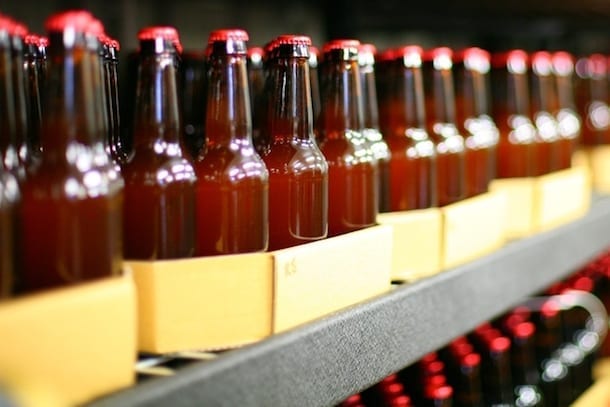 A date for your diary. June 10. That’s when Manchester’s first ever city-wide beer festival will descend on our pubs, breweries and restaurants, demonstrating the impact craft beer has made on our city. For the Rate Beer pro, this is a time to buy a new notepad and book days off work, but for the casual ‘non-craft’ drinker, this nine-day craft marathon poses more of a challenge.

What do you do when you don’t recognise anything on the board? What do you say when a brewer asks you how his beer is? No need to worry. We’ve put together a comprehensive guide for blagging your way through Manchester Beer Week.

How to order it

The Beer Board/Bar: This is the first hurdle, but it’s a biggie. Keep those hands away from your chin, look up and down that list confidently even if you don’t have a clue what’s what. Raise your eyebrows and nod, look impressed but not too eager. You’re a connoisseur of beer, remember. Nothing is perfect.

Tasting: Mercifully, this is encouraged in the real ale world. Our advice is to always ask for at least two beers to try, otherwise you’ll have to justify why you don’t want that bar’s good beer. Just order two and just say you prefer the second. Simples.

Serving: You’ve spotted a tropical sounding sour beer and it’s 7%. The bar staff are going to think you’re a home brewer or something. And oh no, you’ve broken the spell by asking for a pint of it but it’s only served in two-thirds. Back to Bierkeller! Check out the ABV and the serving – pints aren’t that fashionable in this game.

How to drink it

Step 1. Get your phone out. No, this isn’t a typo. If you want to be taken seriously you’re going to need to take a slightly blurry photo of your beverage, preferably with the pump clip in the background. Also blurred.

Step 2. Keep your phone out and download Untappd. It’s every brewer’s favourite waste of time. It’s an app where you can score your beer out of 5 and give optional written feedback, the beauty being that “It’s shit” and “Don’t like it” pass as reviews in this space.

Step 3. Don’t drink it yet! Sniff it, duh. Without wanting to get too technical, beer has ingredients in it, and usually they smell of something. Us sommelier types call this ‘aroma.’ Fancy, right? Have a good whiff, making sure to not get froth on your nose-the head holds a lot of the hop aroma. We’ll cover descriptive terms in the next section.

Step 4. Okay, now you can drink it if you must. Take a pensive sip, look back down at the beer, give it a swirl, taste it again and then look into the foreground. If you’re feeling confident, hold it up to the light and admire the appearance. If you blurt out an opinion too quickly it can’t be considered, so just chew on it for a while, take your time.

This bit’s hard. Terms like “nice” don’t really cut it, and unless you’re aware of the characteristics of each hop variety, you might struggle. Here’s a general rule of descriptors that will apply some of the time. If people don’t agree, remember taste is subjective so just question their palate and hope they back down.

Pale Ales/IPA’s: Usually golden/blonde in colour. ABV’s can vary a lot here. If it’s a strong one, that’s a good place to start. Say something like “It hides its strength well” if it’s drinkable. If it’s a headbanger, opt for words like “bold” instead of “minging”. Other easy comments include “nice and crisp”, “very drinkable”, “It’s got a citrusy flavour” and “light and refreshing.” Use appropriately.

How to review beer… pic.twitter.com/itPAjFk31u

Dark beers: It’s all about texture here. Is this smoked porter smooth like a nice creamy Guinness or a bit richer? Does it have a strong coffee or chocolate taste? Well, depending on the answers to these questions, you may well be able to blag your way through. Just don’t attempt to define the difference between a stout and a porter.

Sour beers: This is quite an advanced beer but, ironically, the easiest to blag. The clue is in the name, so simply comment “oh yes, that is sour” or “that’s actually not too tart, quite drinkable” and you’ll be fit for conversing with the likes of Oz Clarke in no time.

Manchester’s beer scene is booming. A wise man once said, “Beer people are good people” so you need not feel intimidated by any of these events. Go along, ask questions, try the beer, make friends and support local microbreweries and independent bars. Oh, and if you see Connor Murphy, buy him a pint.

Manchester Beer Festival runs from 10th – 19th June and features events in various locations. Check out a list of the events here: www.mcrbeerweek.co.uk/events