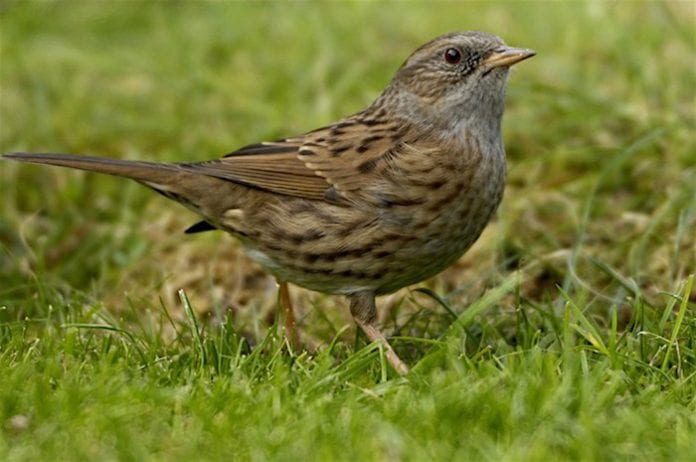 “You’ve probably walked past a dunnock everyday of your life and never known about it. Yet the dunnock is one of the most common birds in the country. They often hide away in hedgerows and on your way to work, into town, you may walk past 20, 25, even 50 of them.”

Dr Luke Blazejewski is a wildlife photographer and film maker whose work celebrates nature in the urban landscape. Last week at Chorlton Library, he gave a talk about urban wildlife and held a screening of his new short film Birds of Peel Park.

The film gives an insight into the wildlife which is much closer to the city than you may think.

“Throughout history there has been a rich diversity of bird life found in Peel Park,” said Luke.

“From its inauguration as one of the first free public parks in the country, through the Industrial Revolution to the park we see today, wildlife all around Salford has often taken refuge in the safety of its canopy.” 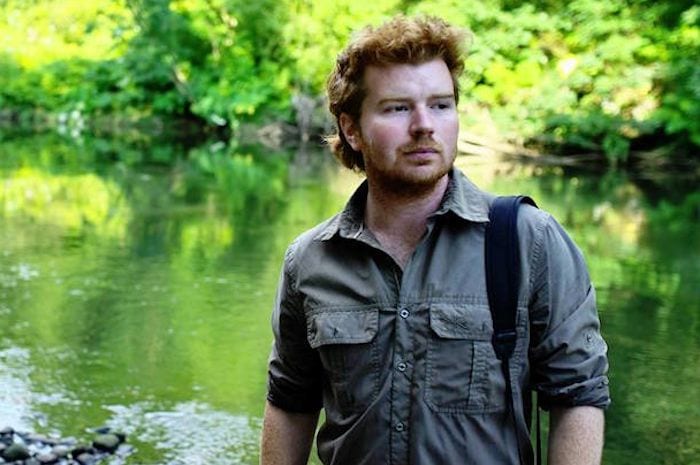 The park, which is named after Sir Robert Peel, the former prime minister and father of modern policing, opened to the public in August 1846. It’s on the flood plain of the Irwell, a rich place for wildlife.

“The River Irwell is an incredible source of biodiversity in Salford, from butterflies pollenating the wildflowers along its banks, to the kingfishers and little grebes who make their nests on the water, not to mention the sand martins and swallows who fly thousands of miles from Africa to raise their chicks here.

“My favourite bird has to be the great spotted woodpecker, which you can often find nesting in dead trees. When the chick pops its head out of the nest hole to see the big wide world for the first time, you would struggle for a more magical moment.

“Wildlife is everywhere around us, we just need to open our eyes and our hearts to it,” says Luke.

“Even the city centre has a pair of resident peregrine falcons – the fastest animal on the planet. Take a walk along the River Irwell and look out for the cormorants standing guard in the tree tops, while the grey herons silently reflect on life at the water’s edge.

“There are so many hidden gems in Salford from Clifton Country Park to Blackleach Country Park, to the far-reaching expanse of Chat Moss and even the Salford Trail, a brand new 50+ mile walking route that will take you through some of Salford’s most beautiful green spaces.” 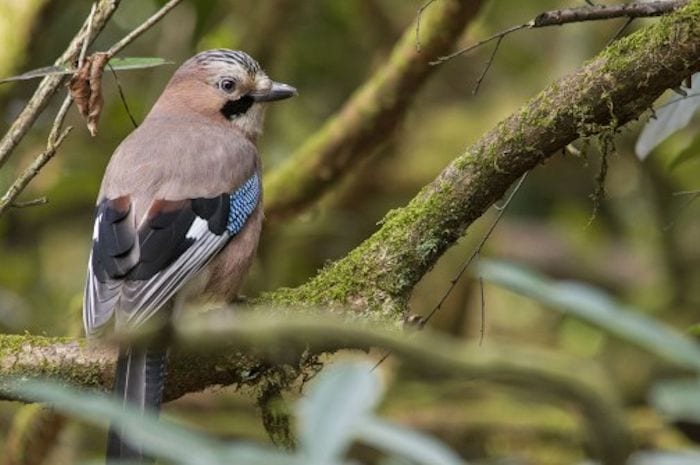 The film is inspired by the diaries of a man called John Plant, who was the first curator of the Royal Museum and Public Library (now Salford Museum and Art Gallery) when it opened in 1850 as the first free public lending library in the country.

Luke described how the work of one man showed how much local nature had changed over time.

“During his time as curator, John Plant would walk through Peel Park making a note of the birds he would find on his way. In the 1850s he recorded 71 species of birds in the park (with 34 of them nesting here). However, the Industrial Revolution took its toll on local wildlife and as Manchester was expanding at an unprecedented rate, at the end of the nineteenth century he recorded only find 5 species of birds in the park, with just 2 of them nesting.”

Today, it’s a very different story and birds can be found in every corner of the area. It’s a wonderful example of nature’s resilience and, perhaps, in a world with so much darkness, a small ray of hope.