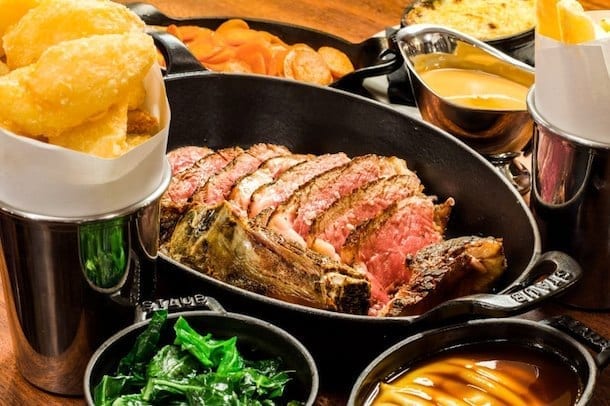 Hawksmoor is opening a restaurant in Manchester next year, having signed a lease in the Courthouse building near Spinningfields. Will Beckett and Huw Gott’s British steakhouse and cocktail bar will open in 2015.

“…grass-fed beef…widely acknowledged to be the best in the country.”

Over the last few years Hawksmoor has developed a reputation as one of the UK’s best restaurants with its simple mix of dictionary-thick steaks cooked over real charcoal, a wine list drawn from interesting small vineyards as well as big-name winemakers, and award-winning cocktails all served by lovely people who genuinely care about what they do. Hawksmoor sources all its meat from The Ginger Pig in Yorkshire, where Tim Wilson ethically rears traditional breed British cattle. His grass-fed beef is widely acknowledged to be the best in the country.

Will and Huw have known each other since they were 11, and the two friends opened their first bar in 2003. Hawksmoor Manchester will be their first restaurant outside London. Hawksmoor, the only restaurant company in the Sunday Times Best Companies to Work For this year, is starting its recruitment soon with a plan to take a few people down to London to get to know the restaurants for a few months. 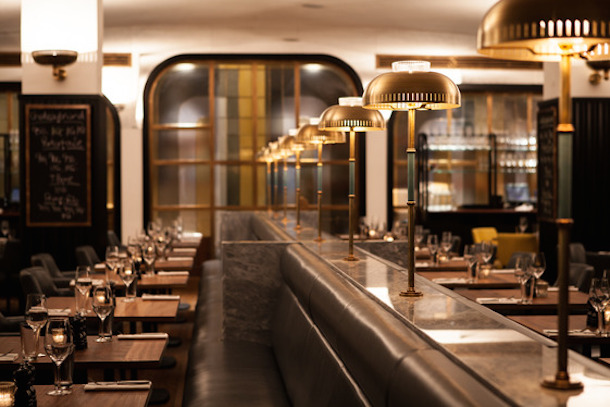 Will: “We’ve been coming up to Manchester for a few years now, and in that time have really enjoyed the bars and restaurants up here, and we’ve been lucky to meet people like Tim and Jeremy from Living Ventures and Beau from Almost Famous, and they’ve raved about the city.”

“…we love Manchester. There’s a really friendly, relaxed atmosphere in the city…”

“We always said that if we were going to go anywhere else it would have to be somewhere where we really enjoyed spending time, and we love Manchester. There’s a really friendly, relaxed atmosphere in the city, and I hope that Manchester in turn will like what we do – really high standards of food, drink and service, but in a relaxed environment with none of the stuffiness that sometimes comes with fine dining.”

Hawksmoor Manchester will be opening in the Courthouse, 184-186 Deansgate, which was originally built in the late Victorian era by the Office of Woods and Forests. Huw: “We love opening restaurants in heritage buildings, and the Courthouse is a beautiful late Victorian building. I hope we can do something there that does it justice. We always try to adapt what we do to the local area, and we’ll be aiming to do something Manchester can be proud of.”