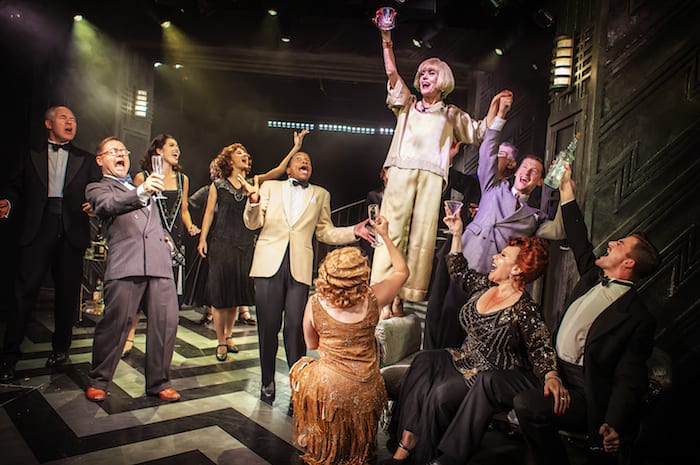 It’s been a great year for theatre in Manchester. It really has been the year of Manchester Gets it First, with new shows trying out here before heading elsewhere.

The second anniversary of my debut scribbling from the stalls for I Love MCR is the perfect time to look back at what’s been on stage here over the last 12 months and remember some of the highlights. And a couple of lowlights, too.

And the winners are … 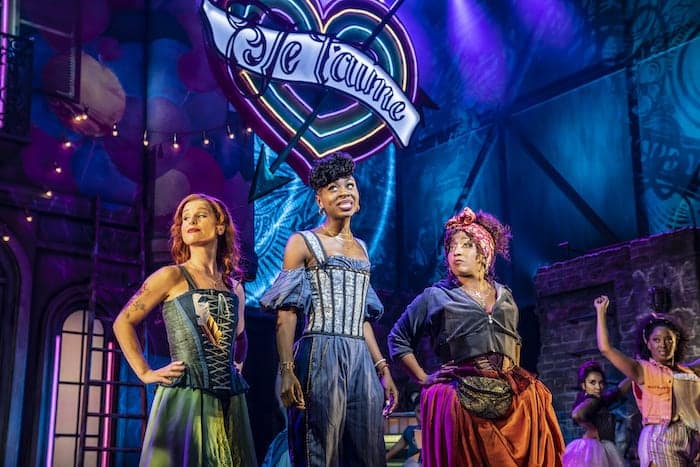 The hit West End musical & Juliet felt like it belonged to Manchester, as it did. It had a run here before heading to London. Audiences embraced it and you can see why. This show was joyous, with Shakespeare’s Romeo & Juliet reimagined so that she is confident and stronger and he is a Made in Chelsea type fop, and a jukebox filled with Max Martin’s pop hits like Roar and Hit Me Baby One More Time. Manchester got this show and was never bored with the Bard and these non-stop hits sung with real passion and good humour by an excellent cast.

Hope Mill has been a great place to see some rarely seen musicals – and this year they surpassed even their own very high standards. Aria Entertainment Hope Mill Theatre production Mame featured a show stopping performance from Tracie Bennett and dazzling choreography. This should head to London as it really is an excellent night at the theatre – and it was born in Ancoats.

Willy Russell’s Educating Rita has always been a special play, speaking to you about the power of a good education and how empowering it can be later in life. Max Roberts’ production was quite something and wowed audiences at The Lowry. Stephen Tompkinson and Jessica Johnson both deserved a grade A for their perfect performances.

The Royal Exchange decided to update the classic Hobson’s Choice and set it in Ancoats and the results were inspired. I saw Atri Banerjee’s vibrant production twice – not just because it was filled with fun and mischief and offered belly laughs and high drama, but because it respected Harold Brighouse’s original text.

Best Performance in a Musical

This is a tie between two fantastic women – I salute you Miriam Teak-Lee (& Juliet) and Tracie Bennett (Mame) for delivering exuberance, energy and female empowerment. These two oozed enjoyment from every pore as they wowed regulars and newcomers. Two completely different musicals. Two tremendous turns. Bravo.

Best Actor in a Play

Shane Ritchie took on the role of Archie Rice in John Osborne’s The Entertainer and nailed it. Sadly, this production was not really seen by enough people. But those who did see it were in no doubt that you should never judge a book by its cover. Shane Ritchie can really act. He can come back and tackle a classic role in Manchester anytime he likes.

Best Actress in a Play

Jessica Johnson escaped the huge shadow of Julie Walters’ portrayal of Rita in the hit play and film, Educating Rita. She was so natural, warm and naïve, that it felt as if you had never seen or heard of this play before. Johnson is a complete natural and I hope to see her on stage again soon.

Apart from Cher’s glorious stint at the Manchester Arena, Circus 1903 delivered such amazing sights, sounds and death-defying stunts that it was the most spectacular show of the year hands down. By the time the baby elephant stepped on to the stage, you believed in the magic of the circus all over again. And with puppets doubling as animals, it was a guilt-free evening for fans of the Greggs vegan sausage roll.

Under Three Moons was one of the most beautiful two handers I have seen in ages. Staged at The Lowry the same week as The Thunder Girls was selling out the Quays Theatre, this was an easy one to miss. But the performances, strong writing and taut direction meant that it has stayed with me far longer than many productions I saw this year with five times the budget. A beautiful look at ‘toxic masculinity’ and mental health.

James Baker’s production of Jerry Springer The Opera filled Hope Mill with filth, depravity and f-words – and I loved it. Staged on a micro-budget with a community choir, this brilliant show proved that talent is more important than cash when you put on a show. As the song went, this is the kind of musical which makes you just wanna f-ing dance.

The cast of Monkeywood’s The Manchester Project at Christmas acted in 12 micro plays and delivered them at breakneck speed. They were all in synch and performed like athletes, exploring many emotions and playing a huge variety of characters. .

The Gloria Estefan musical On Your Feet delivered the hits of Miami Sound Machine and a set which managed to detract from the show itself. It featured sliding panels which never stopped for a breather and constantly threatened to knock members of the cast over.  Not great when you’re paying to hear songs like Dr Beat.

Worst Reaction to a Review

I think we all know the answer to this one. But since we’ve received more apologies than a Transpennine Express passenger waiting for a train, it’s time to put this one to bed. So goodnight, Happy New Year and see you in the stalls in 2020.