Word has spread so quickly about their epic gyros, also available for delivery, that they’re regularly selling out – and they are already looking to expand and find a new permanent site.

Even the recent bad weather hasn’t stopped locals making their way to the blue truck at The Moorings pub car park for their Greek street food fix, while Instagram is full of photos of the fresh, flavourful food.

And having tried it, it’s easy to see why it’s so popular. 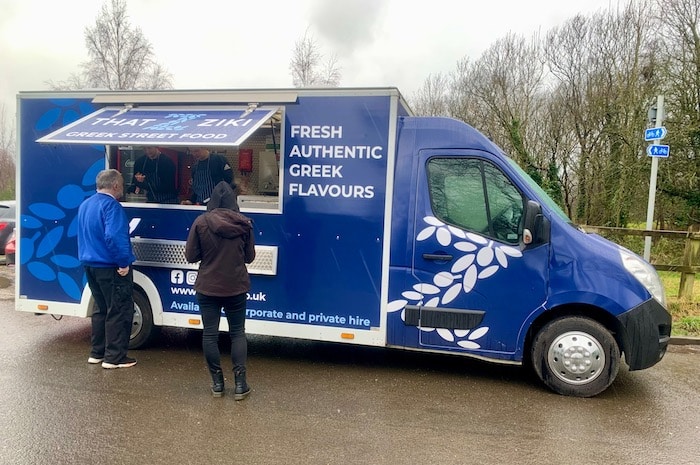 Thatziki’s bestselling meat gyros see pita bread stuffed with chicken or pork and heaps of golden fries, crisp salad and zingy tzatziki, and are also available in a box.

The tender meat is marinated for 24 hours and grilled on a vertical spit, while the creamy tzatziki made from yogurt, cucumber and garlic is fresh and homemade. 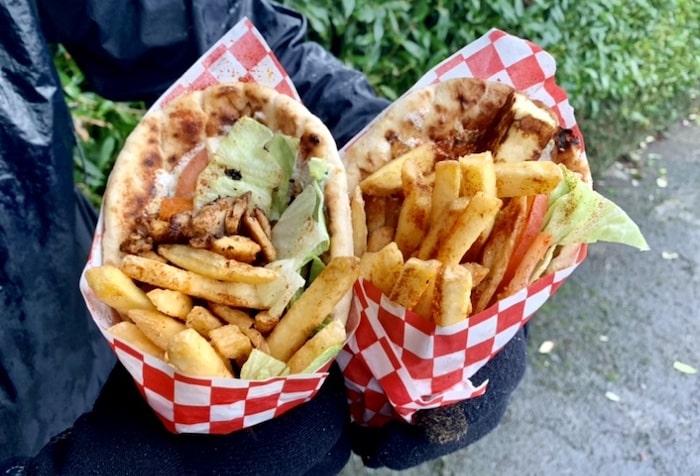 A vegetarian option features grilled halloumi and salad- and if you’re really hungry, there’s the Big Fat Gyros, which sees a bigger pita loaded with double the grilled meat and halloumi as well as lettuce, onions, tomatoes and fries, with your choice of sauce.

ThatZiki are thrilled with the popularity of their gyros, and are now on the lookout for a new site to keep up with demand.

“We launched on the 12th of January, and it has been non-stop,” they told us. “We can’t quite believe it!

“We are in desperate need of a permanent site now, we are reaching the maximum output that the van can handle.

“We want to open in Boothstown, Worsley or Monton, ideally.”

Watch this space – and in the meantime, you can get your hands on their Greek street food via Deliveroo or click and collect and takeaway from ThatZiki’s truck at The Moorings bridge, M28 1YB.