A Tameside carnival arts organisation is celebrating after being invited to perform in front of a global audience of hundreds of millions.

Global Grooves, from Mossley, is to be the only creative contributor from northern England to produce a section of the procession for the Queen’s Platinum Jubilee Pageant in London this June.

Although plans are only in the early stages, Global Grooves says it will wow audiences across the globe with a colourful carnival influenced spectacle called A Sharing of Gifts.

Involving over 200 participants from the Greater Manchester region, the parade will draw inspiration from across the Commonwealth, including the Caribbean, Africa and the Indian subcontinent.

It will also feature readily recognisable music, fashion and dance influences from closer to home.

At the head of Global Grooves’ promenading entourage will be a glorious carnival queen in her own chariot, followed by giant walkabout puppets, a 100-strong young people’s carnival music group, 50 lavishly costumed dancers and a sea of giant flag bearers.

Though Global Grooves is based in Tameside, at Carnival arts centre The Vale, the organisation is briefed with representing the whole of Greater Manchester in front of the expectant eyes of the world. 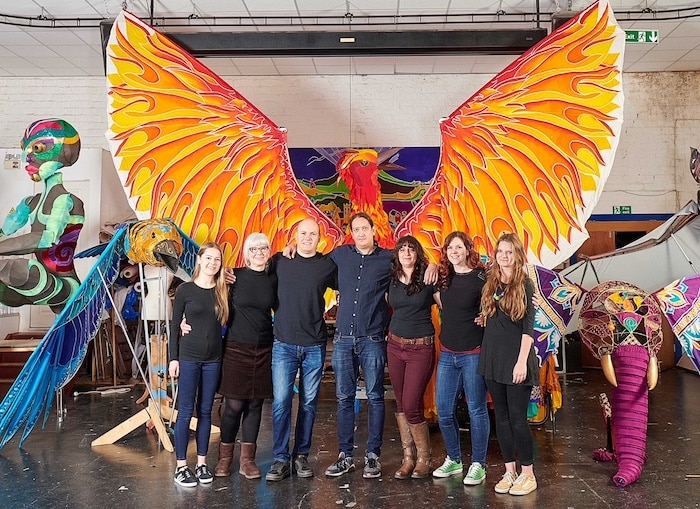 Local communities across the region will be involved in every aspect of putting the parade together, from behind the scenes tasks like puppet making and silk printing, to taking part in the event as a dancer, musician or flag bearer.

The Queen’s Platinum Jubilee Pageant will take place on Sunday 5th June 2022. It will feature participants from every corner of the Commonwealth and be televised around the world.

Winding its way through the streets of Westminster and along the Mall, past Buckingham Palace, it will tell the story of HRH’s record 70-year-long reign, longer than any other British monarch.

The pageant will be one of the final events across a four day bank holiday weekend and will have three acts – ceremonial, celebration and finale.

Global Grooves is one of 22 professional arts organisations participating in the celebration section, alongside emerging artists and key workers.

“Our parade piece celebrates the deep cultural exchanges that take place when people travel and meet others who have vastly different experiences, ideas and ways of living and being,” said Leon Patel, CEO, Global Grooves.

“It also focuses on our talented, diverse communities in Greater Manchester, showing that when we are open to new friendships and cultural collaborations anything is possible.

“We are of course delighted to be able to share Global Grooves’ creative, celebratory and inclusive vision with audiences all over the world.”

Since 2003, Global Grooves has inspired people all over the globe to take part in carnival-style events, working across Greater Manchester as well as in Gambia, Brazil, New Zealand, Singapore, and Trinidad & Tobago.

In 2021, Global Grooves launched the Northern Carnival Centre of Excellence within The Vale arts centre in Mossley.

“The Queen’s Platinum Jubilee Pageant offers a fantastic opportunity to showcase to the world some of the talent we have here in Greater Manchester,” said Kirsty Connell, network coordinator, Greater Manchester Arts.

“We’re really pleased to be able to support Global Grooves in ensuring that all of Greater Manchester is represented.”