Table for one: the joy of eating alone 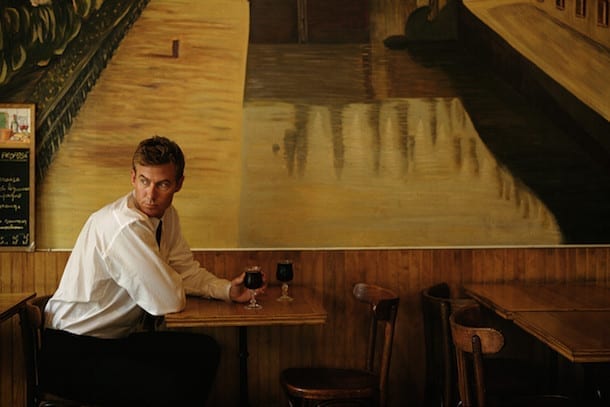 I bumped into the ILM publisher big boss man Chris this week, at the soft launch of a new Spinningfields restaurant.

‘Eating alone is a rare joy’

He was sat on his own. The seat opposite at his table for two was vacant.

‘Waiting for the girlfriend?’

‘She’s sacked it off. I had a better table but they put me here because I’m on my own. Suppose I’ll just have to sit here and try not to look like a total Billy No Mates.’

He looked a bit sad. But I told him to embrace it.

Eating alone is a rare joy, and something which we – you – should do more often.

There’s something free and peaceful about sitting in a restaurant – a busy one is better – on your Jack, observing. Watching people. They’re curious beasts when you spend a bit of time looking at them.

Are they arguing? Is she bored? She looks bored. Are they on a date? I wonder how it’s going. He’s leathered.

And thanks to social media, you’re never really alone these days. Twitter commentary and interplay is a more entertaining lunch companion than some actual humans if we’re honest.

I spent a good few years in a job that involved me going abroad about once a month, for three years. I loved the peace and quiet of solitary dining. And being able to eat out on your own terms.

Coming back from a week working in London a little while back, I made sure I had a couple of hours spare before my train to go and sit at the Searcy’s champagne bar in King’s Cross St Pancras Station, which overlooks the platform for the Eurostar. A glass of champagne and some smoked salmon later, I felt like I’d had a little holiday.

Decadence and escapism for about £9.

I generally eat out on my own once a week. At all manner of places. From the top end to the bottom end and everywhere in between.

Staff either think you’re really important, a bit odd, or you’ve been stood up, and it’s fun trying to watch them figure it out.

‘Are you waiting for someone?’

You can play with their head a bit, too. Order two of everything and make conversation with the chair opposite.

And don’t let anyone tell you that a glass of wine or two when you’re on your own is off limits. Getting a bit tipsy whilst flying solo is GREAT. It makes you feel as if you’re unseen on the periphery of real life.

Men have stopped going to pubs on their own. Which is a shame. The stigma attached is too great. But I’m flying the flag for the lone bar monkey who is unafraid to spend an hour or so in his own company.

Don’t take it too far, of course. You’d don’t want to end up shouting at traffic or challenging your own reflection to a duel.

I’m not sure if Chris took my advice. But I hope he did. If nothing else, he’ll have got to eat two of everything.