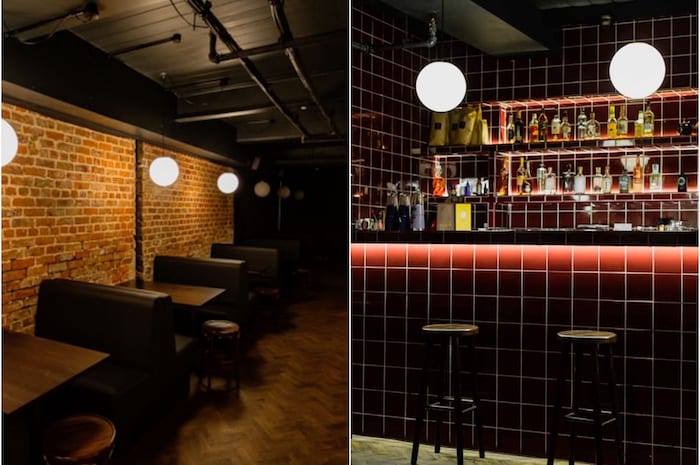 Drinking games are one thing, but, in some countries, drinking the wrong way is considered to portend bad luck – and even death.

From drinking from a bride’s stolen shoe in Ukraine to Russians prescribing ‘punishment’ drinks for lateness, all sorts of weird and wacky customs prevail.

It’s a topic some might typically shy away from. But one Northern Quarter bar has embraced the superstitious quirks of the drinking world with a cocktail list that pays homage to some of the stranger rituals circulating the globe. 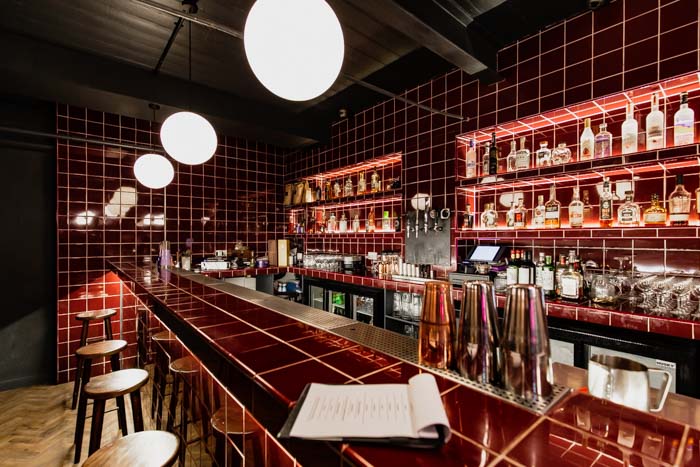 The brainchild of friends Sean McGuirk and Chris Mullen, Superstition bar launched very quietly in the old Sugar Rays’ unit at the beginning of July. There was no big fanfare: no sign, no a-board, no press.

A truly DIY venture, the pair do everything themselves. They’re self-financed, they do all the building work, they’re the bartenders, the cleaners, the barbacks, the managers.

“We have kind of an old school pub landlord vibe going on […] It’s not often you walk into a bar in the Northern Quarter and you come straight to the bartender, who’s also the cleaner, and the owner, and he does PR, and social media and stuff like that.

“It is a personal touch because this is very personal for us.”

The pair have known one another for years, having met when Chris applied for a job at Suede, a nightclub Sean was managing. He got the job, and the rest, as they say, is history.

So what of the drinks?

A super punchy Zombie twist served as a martini, aptly named Death By Water, nods to a superstition in parts of the Czech Republic that toasting someone with water is like wishing death on them. The US Navy also believe toasting with water brings death at sea.

The bourbon-based Sour Dive, meanwhile, references Canada’s bizarre Sour Toe cocktail club – where, to gain admittance, a mummified toe is inserted into your drink and you must allow it to touch your bottom lip whilst sipping. Grotesque, we know.

Don’t worry, though, there’s no mangy toe in Superstition’s version. Rather it’s a twist on a classic sour, made with Old Forester bourbon, salted marshmallow, lemon juice and egg whites.

Then there’s their take on a white negroni. Called Pachamama, another name for mother earth, it references the Peruvian tradition of pouring a little alcohol on the ground in sacrifice.

The use of MUYU Chinotto Nero, a spirit which Sean tells us was “basically created to showcase everything that the Amazon [using ingredients] all foraged from the Amazon,” adds authenticity – and bitterness.

It’s also very floral, and comes served incredibly simply with neither ice nor garnish permitted to infringe on its subtleties.

Admittedly, not all the drinks are based on superstitions.

Some are more like bartending jokes, such as the Deja Vu (a winning combination of Bacardi Carta Blanca, raspberry, Babycham, pastis and sugar), which they’ve printed twice on the menu for their own amusement.

Or the “That’s not a strawberry daiquiri” – a clarified, sherbety concoction so named because of the rallying cry it elicits from drinkers upon arriving at the table.

To Sean, it’s all about replicating the drink perfectly: so if they’re out of Grindsmith cold brew, or fresh passionfruit, you’re going to be told no.

“It’s like anything – unless I’m happy with it it doesn’t leave the bar,” he says.

Every single one of their drinks is also vegan. Which is harder to achieve than you think, especially when you’re as particular as Sean is.

“It takes up a lot of my time going through stuff making sure that we can stock it,” he tells us.

“I built about three or four drinks and we had a ten drink list and we’re going through like ‘can’t use this product’ can we try anything else? […] It really dictated a bit of our menu – by the end of it there was about seven drinks left.”

Asked if he’s a vegan himself, he replies no – assuring me “It’s very much for the customers.

“We want to make tasty drinks and I wouldn’t serve a drink I”m not happy with so I don’t mind doing it as long as we can do it well.”

He makes us another on-menu cocktail, which they’ve called Libation – meaning a drink poured out as in respect to the gods.

“I’m constantly surprised by how well the mescal drink is actually doing,” he adds.

It’s certainly not the most obvious choice. But it’s great to see there is a market in Manchester for serious drinks done well, and not just with bartenders.

And that’s where Superstition excels. Yes, the concept could easily lead itself into gimmicky territory. But rest assured, that’s not the case.

Thanks to painstaking execution, we can say without reservation that these happen to be up there with the best cocktails we’ve had in Manchester.