The duo behind soon to open Squid Ink restaurant have been trying to keep their project on the DL... 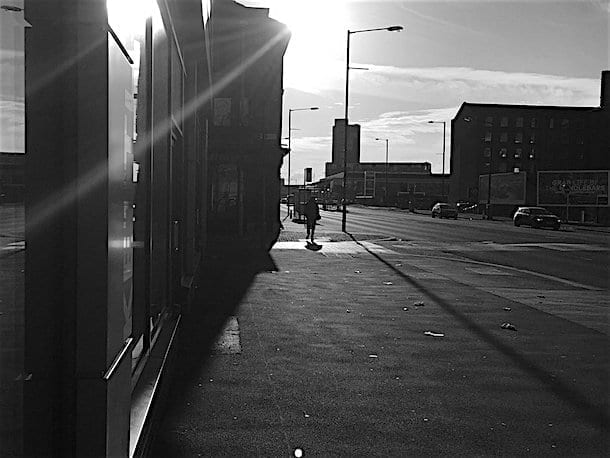 It’s pretty clear that the brother-in-law duo behind soon to open Squid Ink restaurant have been trying to keep their project on the down-low and had managed to do so – until our Laura Fell tracked one of them down. But please don’t tell anyone…

Ancoats born and bred Anthony – no last name given to retain that air of secrecy – agreed to meet me at Ezra & Gil for a coffee and a chat about the new restaurant.

“When it
comes to
the menu,
we have no
boundaries”

He told me he has a comprehensive background in hospitality and has played a part in the opening of many new eating establishments. After witnessing some succeed and some fail, he eventually decided to see if he had what it takes to go it alone. When I asked him why, he replied: “Why not?” Why not indeed!

Making this idea a reality hasn’t come without its obstacles. The project, now in its 4th year is, incredibly, completely self-funded by Anthony and brother-in-law Mike -testament to the passion these guys have for the restaurant and the belief they have in themselves in making the Squid Ink concept come to life.

Whilst chatting, Anthony skilfully avoided giving away any information about what type of cuisine is set to be served at Squid Ink, though he did mention that the inspiration came from a recent trip to Japan, and mentioned the word ‘ramen’ more than once.

Maybe he was just hungry or maybe he was letting on to something, but I definitely got the feeling that the food served at Squid Ink will be world-inspired. “When it comes to the menu, we have no boundaries”. Intriguing, to say the least.

Using all of my investigative nous I managed to coax a little more information out of him, and he revealed that the menu will be small, around 6 dishes, and will use only the freshest, locally, and ethically sourced ingredients.

“Will the menu change regularly as the ingredients come into season?” I asked. Anthony went one better and let it slip that the menu could even possibly change weekly.

I was lucky enough to see the Squid Ink floor-plan. The site, which will take over unit 4 of the Nuovo building on Great Ancoats Street, is set to be a simple yet stylish affair, and will serve just 16 covers at a time. The focus will be on quality ingredients, cooked perfectly, but at an affordable price. Everything you would want from your independent neighbourhood restaurant.

Having told me so much more than he wanted to, and after hours of chatting, we realised that the coffee shop in which we were sitting had actually closed. Kicked out into the rainy Manchester abyss I prayed for it to be mid-March already so I can see what becomes of Squid Ink.