Sneak preview: new BBC crime drama set in Manchester is one to watch 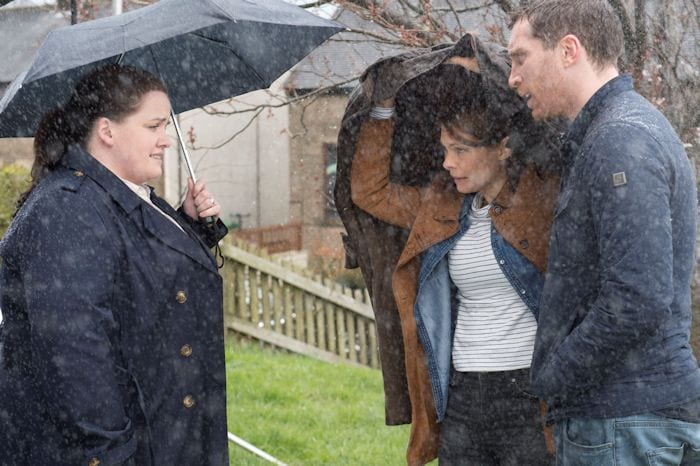 It’s rarely grim up north, despite what southerners say.

We’re friendly, we’re smart and we make a better fish supper than anywhere else in the country. So it’s no surprise that that the country’s often-ignored northern bit is finally getting its shot at the limelight.

Helping us along is a booming media industry, with the BBC announcing plans to create 200 new jobs at MediaCity, and a hard-working, no-nonsense class of people.

But for me, there’s always been something hidden just underneath – a darkness, a clannishness that comes from decades of being neglected in favour of our southern cousins.

And now, finally, that darkness is being dug up and laid bare on the coroner’s slab.

Holding the scalpel is a new BBC1 drama, In the Dark, featuring a range of talent including MyAnna Buring (Downton Abbey), Ben Batt (Shameless) and Emma Fryer (Phone Shop).

It’s a gruelling, unrelentingly dark, four-parter which focuses on DI Helen Weeks (Buring), a Mancunian detective, as she juggles the pressures of her newest case alongside the mysteries of a past that threaten to consume her.

When the husband of an estranged school friend is accused of abduction, Helen must return to her home town and confront her painful past. When a brutal tragedy drags her into Manchester’s dark criminal underbelly, she is forced to question even her closest relationships. Even if you love someone, can you ever really know them?

Although just one episode was screened at a pre-release event, there’s no doubt that the show, and the novels that inspired it, are haunting echoes of real-life crimes that we had almost forgotten, memories that exist at the back of our minds and on the tip of our tongues.

Without giving too much away, I’ll definitely be tuning in to watch over the coming weeks.

This may only be the beginning of drama with a northern focus. The BBC is investing so heavily in the area that it seems that we may become an even bigger media hotspot, with opportunities developing for upcoming writers and directors.

In the Dark attracted the Bafta-award winning talents of Danny Brocklehurst (writer, Ordinary Lies) alongside Sherlock-award winning novelist Mark Billingham, and there’s clearly no shortage of talent ready, willing and able to dig their way to the dark heart of the northern territories. We can only wonder what stories they’ll unearth.