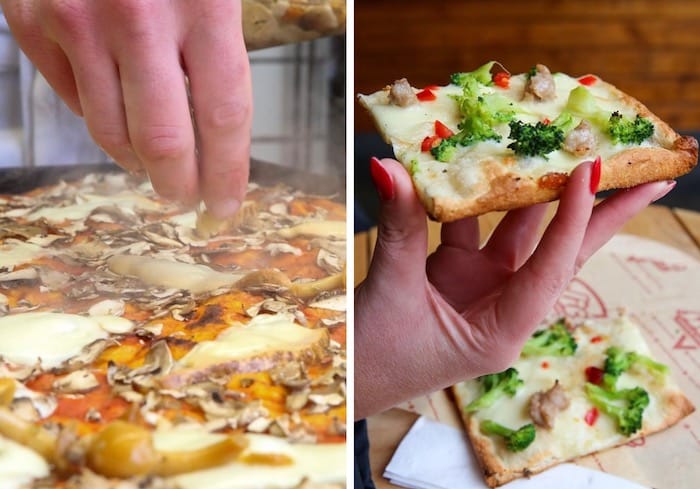 Slice, the much loved slice shop serving Roman style pizza, closed its doors on Stevenson Square back in 2019.

They originally promised fans it would be reopen by Spring 2019, and went on to open a new site in front of Oxford Road Train Station in Autumn 2021.

But Slice has since yet to return to the Northern Quarter. Until now, that is. 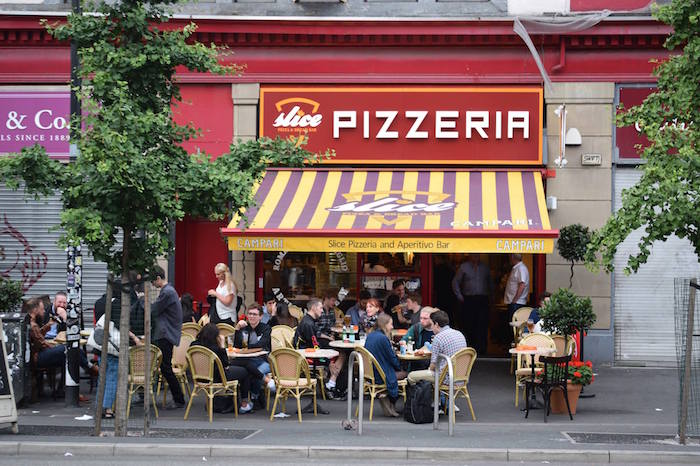 From this weekend, pizza fans can enjoy their famous crispy based pizza once more as the brand returns to its spiritual home, back on Stevenson Square.

Slice will be taking up residency inside Arlo’s deli and wine bar on Hilton Street from Friday 29th July.

“You want great pizza back in Stevenson Square?” they said in a video on Instagram.

The menu will consist of light Roman style pizza, made fresh and served by the slice, as well as pizza bianca – crunchy roman style focaccia – served alongside Arlo’s selection of freshly brewed coffee, cocktails and natural wine.