Is David Silva the greatest player ever to pull on a Manchester City shirt? 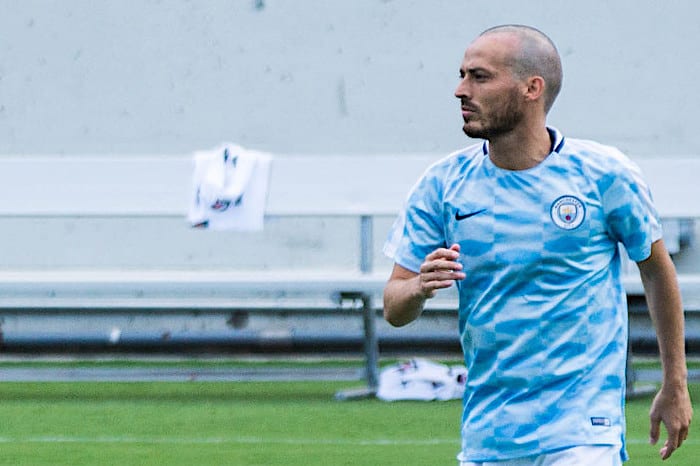 We’re only a few weeks into the new Premier League season and already there’s no shortage of talking points.

VAR is still in its early stages of development in the game but the consensus is that it is not being used correctly. When Manchester City’s last minute goal against Spurs was ruled out recently, it was deemed harsh. But the decision to not award a penalty in Sunday’s game against Bournemouth when David Silva was fouled was absolutely baffling.

The past few weeks – and a few occasions from last season – have proved that VAR is just not ready for top level football and, more importantly, is ruining the match day experience for fans and players alike.

Thankfully, on Sunday the decision did not affect the outcome and the Blues walked away with all three points, with David Silva turning in a man-of-the-match performance in his 400th appearance for the club.

The win against Bournemouth saw several players achieve some impressive milestones. But it was the Spanish midfielder who stood out.

Regarded by many as the greatest ever player to pull on the Manchester City shirt, Silva became only the 14th City player to reach 400 games – with 83 Premier League assists and 745 chances created.

Not for the first time, and probably not the last, the Monday morning headlines featured the Spaniard, with the media full of praise for the midfielder.

Adam Bates looked at the numbers behind the impressive City career of the Spaniard for Sky Sports, calling him “the outstanding creative force of the decade”:

“Silva has been a constant in Manchester City’s transformation into a super club. The statistics really do set him apart. Look beyond assists to the number of chances created and he has provided more than 150 more of those than any other player since 2010. Big chances created? He is the only man with a ton of them. Second assists – the pass before the pass? He has provided more than 50 per cent more of those than anyone else too”.

With such impressive statistics since his arrival in England nine years ago, it is no surprise that he is held in such high regard and is considered one of the greats in the history of the club.

Silva’s 400th appearance was matched by Sergio Aguero’s brace which took his career goals tally for both club and country to 400.

Another one of the old guard, Aguero has made a quick start to this campaign with four goals in three games and was singled out by Pep Guardiola for his accomplishments in front of goal.

It is hardly surprising that the assist came from David Silva, but Aguero’s ability to get into scoring positions time and time again is what sets him apart from other strikers.

Raheem Sterling is having trouble staying out of the headlines, constantly turning in great performances and scoring goals for fun. He will no doubt give Aguero a run for his money for top goal scorer this season. His goal between Aguero’s brace took his tally to five in three games.

Kevin De Bruyne has had a positive start to the season following missing much of last season through injuries, as he became the quickest player to reach 50 assists. We can expect to see that number increase quickly if he can stay fit.