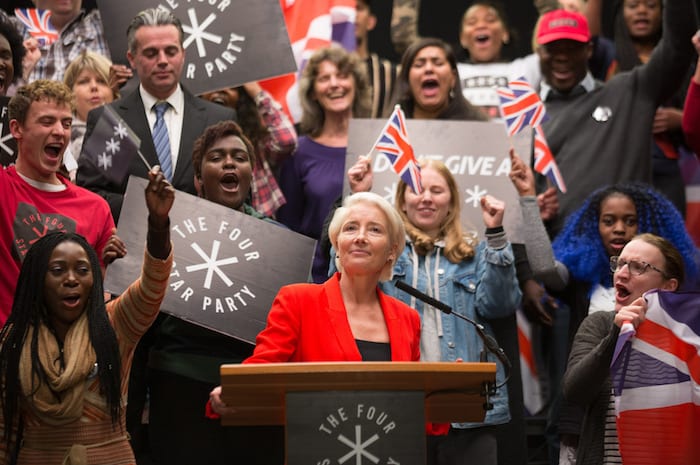 It doesn’t seem that long ago that Russell T Davies announced he was setting his latest drama Years and Years in Manchester. Now it’s already time to watch what the man behind Queer as Folk, Bob & Rose and the revival of Doctor Who has created right here in his adopted city.

Years and Years is the ninth collaboration with Manchester’s RED production company, but Russell admits he’s still terrified to hand a script to RED’s founder and long-time friend Nicola Shindler because, as he puts it, “I’d hate to let her down. So that keeps me on my toes”.

Years and Years is an ambitious concept, spanning 15 years – five in the first episode alone. Set in a world of growing political and social unrest, it centres on one Mancunian family, the Lyons, which is headed up by matriarch Muriel.

“She’s a northern woman who doesn’t take any prisoners,” says Anne Reid, the actor who plays her.

Rory Kinnear plays Stephen, the eldest of Muriel’s four grandchildren, who was thrilled to return to the region after working with Russell on 2003’s The Second Coming.

“It was my first ever TV job filmed up in Manchester too,” he recalls.

Of Stephen he says, “He and his wife Celeste (T’Nia Miller) have been living a very comfortable London life, which isn’t something he shares with all his siblings.

“They use it as leverage against him and he feels a little bit guilty in the fact that it’s taken him away from them all. I don’t think he’s lost inherently who he is or where he’s come from, but as a result of that there’s a bit of tension within himself.”

Russell Tovey plays younger brother Daniel. “You’re watching a domestic drama about a family in Manchester and it just happens to be set around what’s going on in the world. I hope the audience project their own family dynamics onto the Lyons and that they care about them,” says Russell who describes Daniel as “a decent man”.

“He’s gay, married [to Ralph], his brother is his best friend. He works in housing for people who have left prison, as well as refugees and immigrants. But he’s slightly bored with life and not realising, until he meets Viktor, how bored he is and how suddenly life becomes more exciting.”

Edith is the eldest sister and “a bit of a loner” explains Jessica Hynes. “She’s someone who’s always wandering off and the sibling who is usually away on her own. She’s independent, quite singular and unconventional – she’s a bit of an adventurer I suppose.”

And then there’s the youngest sibling, “reckless and wild” Rosie. “She’s free spirited but independent at the same time,” says Ruth Madeley.

“It’s not always easy to be in this family – they have a lot of trials and tribulations and a lot of drama – but they are always as one. It will give people hope that no matter how bad the world may get, you still have each other. Even though there are incredibly difficult parts to the story, there’s a lot of humour, love and a lot of comfort in there.”

While the Lyons remain the focus of this dystopian tale, there’s another character looming large in the background – “maverick” politician Vivienne Rook, played by Emma Thompson. Vivienne regularly pops up on television, on panels and at rallies, her northern vowels making her sound as if she’s one of the people, although her intentions prove questionable.

“The writing is absolutely wonderful, extraordinarily brilliant and chilling,” observes Emma. “The tension of it ratchets up slowly and then suddenly these terrible things start to happen, and you can see how everybody got there and how difficult it is to stop once the genie’s been let out.”

The idea for Years and Years had “been boiling away” in Russell T Davies’ mind “for a long time”, but then he suddenly realised he needed to get a move on.

“I mean, the age, today, just seems fevered – we’re either more political, or more scornful of politics, than ever. And I think, in the past, politics meant the economy to most people, but now we’re seeing that it’s our identity at stake.

“I had to write this fast before someone else did. And we’re transmitting it as fast as we can before the stuff in the script actually happens,” says Russell, who was born in Wales and moved to Manchester two decades ago.

Although politics acts as a backdrop, it was essential that a family was at the story’s core. 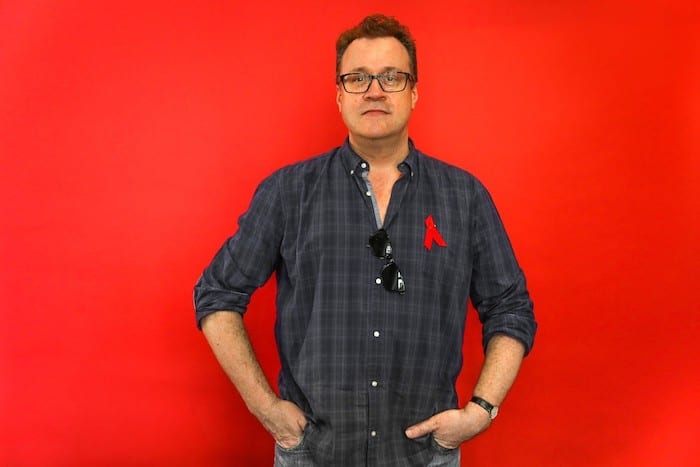 “In the end, it’s a TV drama, and people tune in for characters and to see actors we love,” adds the writer.

“We want to see them falling in and out of love, to see parents and children surviving what’s thrown at them, to see friendships across decades. People might talk about the politics of Years and Years, but it’s the people who will get you watching.”

Without giving away too much away, we see technology evolving, and its impact on families, for better and worse; the dire impact of impulsive decisions made by political leaders and the effect of mass migration. By the time the credits roll, there is a sense of hopelessness about what’s in store in our near future, but Russell remains hopeful.

“The real world will always be stranger, madder, darker, but hopefully better than anything we can predict,” he says.

And there’s always room for laughs.

“I am hard-wired to find the joke, anywhere, so that’s the way I write. And I think it’s very human, I think we have a laugh to survive, to cope, to express our love. Some terrible things happen to the Lyons, but they live and they love and they find ways to survive.”

Years and Years begins on BBC One on Tuesday 14th May.