Every year 80,000 young people aged between 16 to 24 experience homelessness in the UK. These are often vulnerable individuals – some have fallen on hard times, some are experiencing difficult family circumstances, some feel let down or isolated by the system.

Now a charity which has proved successful in helping these vulnerable young people get their lives back on track in London is doing the same in Manchester.

The Running Charity operates the UK’s first running-orientated programme for vulnerable and homeless young people, providing a goal-orientated approach to getting fit – something which can help them set goals and progress in their personal lives, too. 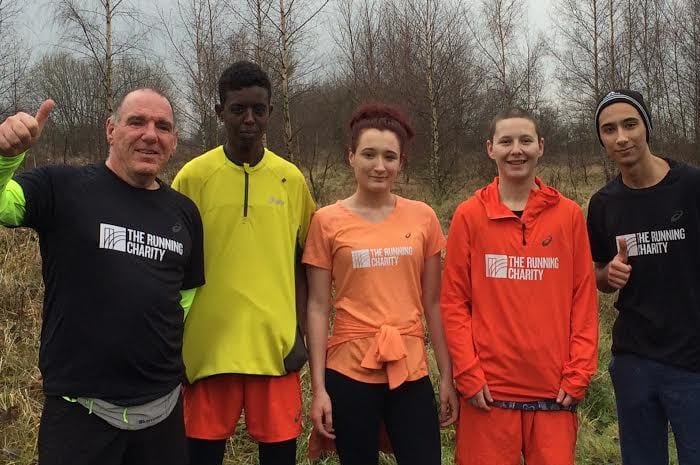 Since it started in London in 2012, the charity has helped over 170 homeless people, 91% of whom have found long-term or suitable accommodation, with the same percentage going onto secure education or employment. Nearly all of those involved reported significantly reducing – and many stopping – the use of drugs and alcohol.

A key individual responsible for bringing The Running Charity to Manchester is George Bate, an event director at one of the Manchester park runs and a runner himself for the last 30 years.

He was watching the BBC’s London Marathon coverage in April 2015 when they showed a short film about The Running Charity.

“This was a bit of a light bulb moment for me and I knew I wanted to do something similar up here,” says George.

“I spent part of my summer holiday that year visiting some of the organisations that work with young homeless people in Manchester to try and find a way to get things going. By December, I had agreed to start a programme, working with DePaulUK who provide supported accommodation for homeless people aged 16-25.”

Thanks to a twist of fate, George was offered redundancy and quit his job, enabling him to devote his time to setting up running groups in the first week of January 2016.

“This all seems a long time ago now and it’s been an amazing year,” says George. “Almost 50 young people have signed up to our running programmes across Manchester and some young people have been with us since the beginning. They have trained hard, raced 5K’s, 10K’s, The Colour Run and six even finished the Manchester Half Marathon in October.”

This year also saw the charity signing a sponsorship deal with ASICS which means their runners get proper running kit.

The plan is to follow the system already in place in London where young people receive fitness equipment and training from experts at youth centres. Groups are now active in Oldham, Rochdale, Middleton, Salford and Burnage and, on an occasional basis, in Ancoats. A group in Fallowfield will be relaunching in the New Year.

George wants to get as many people as possible involved in The Manchester Marathon on behalf of the charity and is looking for volunteers and funding to set up new groups across the city.