Inspired by the new generation of roller skaters, from underground Berlin to the sidewalks of Brooklyn and LA, the 8,000-square-foot roller rink opened last month on the mezzanine level of Escape to Freight Island.

Opening four days a week, from Thursday to Sunday, Good Life Skates has curated a regular weekly programming, kicking off on Thursdays with ‘The Big Rainbow Roll Out’ for an inclusive queer skate session from 8pm until 10pm.

That’s followed by Rollin’ with the Homies on Fridays with a hip-hop and RnB night from 8pm until 10pm, and all the pop classics on Saturdays with Hits Radio for an all-day long pop anthems from 10am until 8pm, then a Stop, Pop & Roll for a fun sing-along from 8pm until 10pm.

On Sundays there’s a Sunday Soul Skate from 2pm until 6pm and a three-hour Skate Jam session for £5 from 6pm until 9pm. 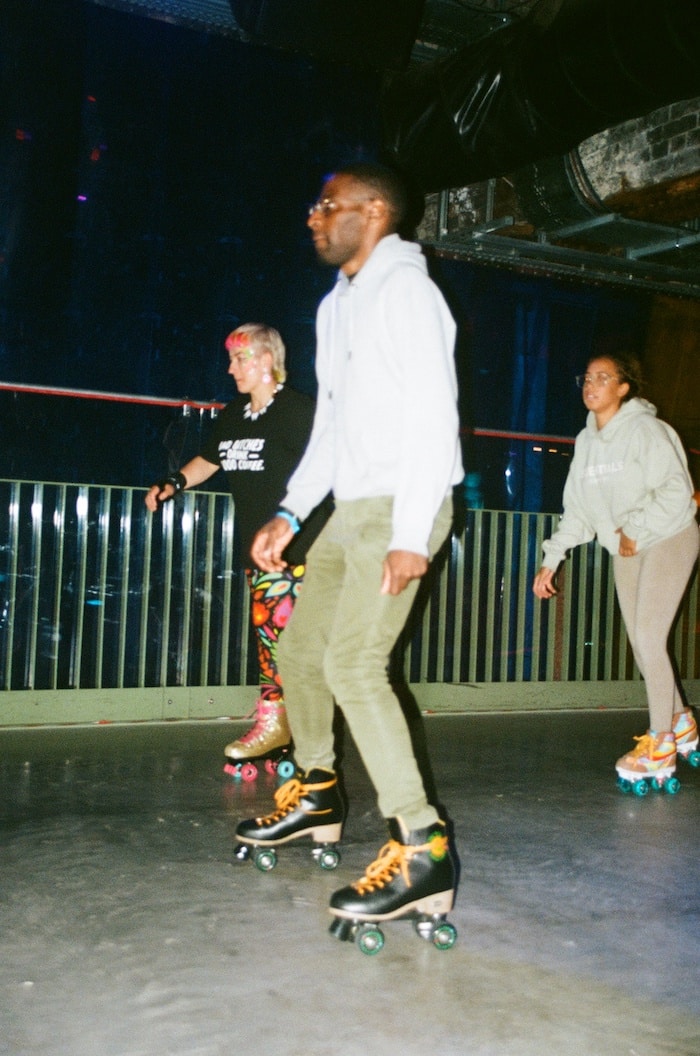 In addition to the weekly programming, Good Life Skates will host a series of special events, including the return of Stranger Things Special on 15th – 17th July and a DJ set from Danielle Moore on 28th July, where she will be playing on the middle of the rink for skaters to jam and skate along to.

There will also be skate lessons coming soon.

Perfect for individuals, groups, families and more, the mezzanine level is also available for exclusive hire. A private self-contained room adjacent to the roller-skating rink is also available with an array of packages ranging from the ultimate kids’ parties to fun groups’ day out for all ages.