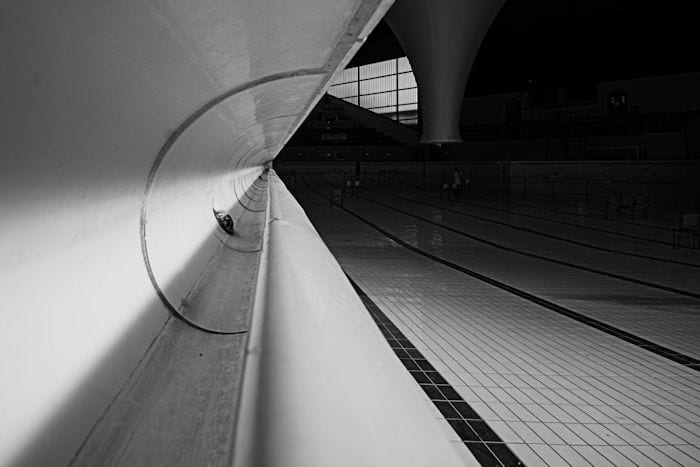 ¡Viva! Is back for its 23rd edition with a range of live music events, theatre and dance and the best in new films from the Spanish-speaking world.

To commemorate the fortieth anniversary of the abolition of censorship, the festival has taken its inspiration from La Transición – the era of cultural revolution.

I went along to this rich and lively spring event to experience some Spanish theatre and saw two scratch performances – where the actors have scripts in hand – by award-winning Catalan playwright Josep Maria Miró Coromina.

Smoke is set inside a hotel in an unnamed developing country where a violent revolution is taking place. Two couples trapped inside a hotel form a web of deceit and betrayal.

The title refers to cigarettes and the fact that smoking is permitted inside the hotel. Smoking is very prominent throughout this performance and cigarettes a very important prop. The older couple smoke unabashedly. The younger couple, however, both smoke but hide it from each other and keep up the pretence that each of them quit years ago. This lie is just the cherry on top of a tangle of deception which  unfolds.

This is an intriguing and thought-provoking piece that makes you question the bare bones of human nature and the moral ambiguity of people when they are restless and confined.

With forbidding sound effects and fantastic portraying the hotel bedroom, this piece was certainly well staged.

Laura, the brazen and sensual half of the older couple, was very well played by Meriel Scholfield. Her cutting comments and straightforward nature created tension, awkwardness and humour in all the right places. David Fleeshman also gave an excellent performance as her husband, Jaume.

The younger couple, played by Joe Shipman and Katie West, brought more of a melancholic atmosphere to the piece. Katie West’s sad eyes and passionate tone of voice were particularly good at stirring emotion.

Archimedes’ Principle is set in a town which has recently been shaken by a child abuse incident and focuses on a swimming instructor who is accused of inappropriately touching a child during a lesson. In a town already anxious and distrustful, he is instantly branded as guilty and everyone begins to question him. He even starts to question himself.

Again, thought-provoking and extremely gripping, this performance explored how quickly things can spiral out of control from just one innocent action. It highlighted the anxiety of a society where almost everything is covered by press and social media and showed how a reputation can be tarnished in an instant, without any proof of guilt.

This piece would jump a scene and then go back to explore what had just happened. This was very effective and created lots of tension.

There was also a projector onstage throughout the whole performance which cast members would use during each scene change to project a few words about what the next scene would bring. From the simple Brandon and Anna to the more ominous Brandon will hurt someone, this worked well and kept the audience engaged.

There was a microphone on both sides of the stage into which the actors would speak directly at certain points of the performance to emphasise certain words or sentences. This was highly effective and often chilling.

The cast was very strong. Kelly Hotten played swimming pool manager Anna’s raw emotion with perfect naturalism. Brandon, played by Tachia Newall, was believable in his humour, his anger and his terrified despair.

Both Smoke and Archimedes’ Principle were intriguing and offered much food for thought.

The ¡Viva! festival is the perfect opportunity to enjoy a taste of Spanish culture at HOME and it’s running till 17th April 2017. For more information click here.