Review: Vignettes is a fantastic showcase of homegrown talent

Comprised of six short plays by local female playwrights, Vignettes is a fantastic showcase of homegrown talent and the diversity that Greater Manchester has to offer, without ever feeling like it was shoehorned in.

Limeremce is a brilliant and powerful opener, wonderfully performed by Maz Hedgehog and written by Abena Taylor-Smith (Ladies Day, The Cornershop).

Told as a monologue from the main character Keziah’s perspective, it is funny and witty and feels deeply personal.

During the last third of the play, the tone is expertly shifted and the audience are left to reconsider everything they heard in a different light.

Halal Hens, written by and starring Zoe Iqbal (Finding Fatimah), is reminiscent of We are Lady Parts (Channel 4), with a stellar cast featuring Nasima Begum, Noor Shahid and Anisa Butt alongside.

This play explores the complexities that can come with married life and emphasises the importance of prioritising your own happiness, regardless of outside pressures. 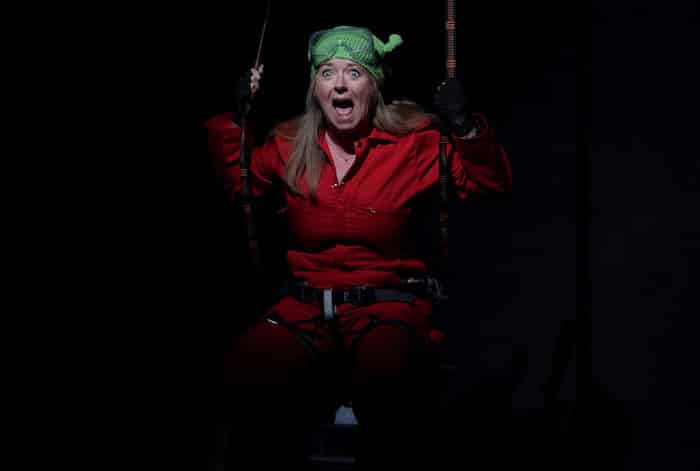 The biggest and most lovely surprise of the night was Tangled, written by Debbie Oates and starring Sally Ann Matthews (Coronation Street).

Newly divorced Joanne is stuck in a tower after an impulsive parachute jump gone wrong, while waiting to be rescued she reflects on her life and loves thus far.

Funny and moving, this play offers an outstretched arm and a kind word to the young people of today.

Throughout the production, the audience were immersed and engaged in whatever scene was playing out before them.

This is due in part to the use of music and sound effects throughout. Whether it is the 80s power ballad classic China in Your Hand, or the voice of Margaret Thatcher discussing the importance of Section 28, everything felt intentional.

Each short play is unique and memorable, yet perfectly cohesive and in keeping with the overarching themes of the show. 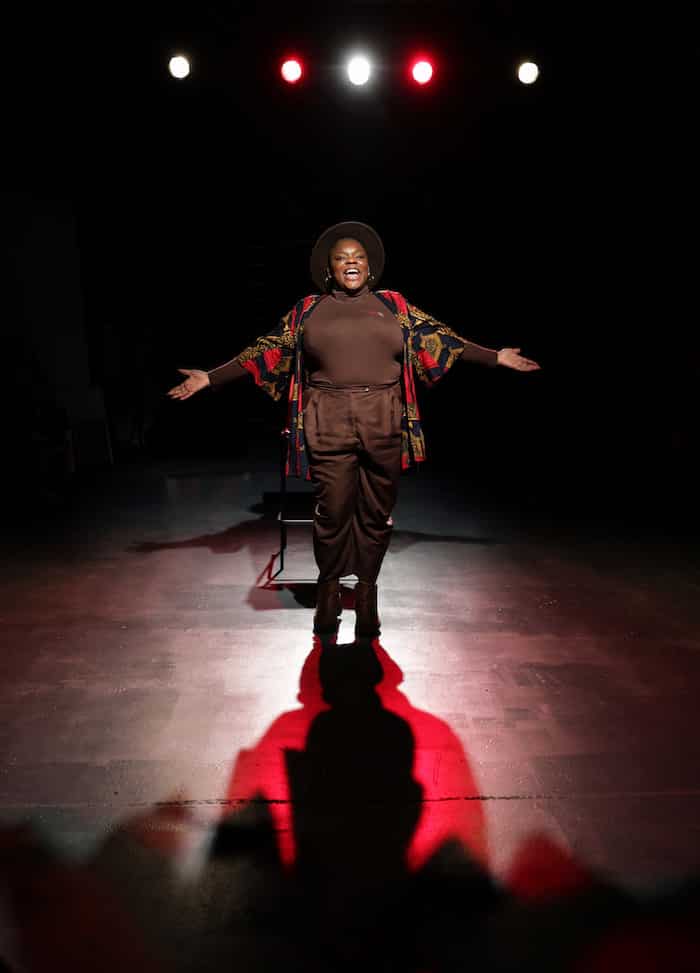 Although the audience are always dropped into a completely new universe with little in the way of context at first, the stories are always easy to follow and it is remarkable how such character growth can occur over such a short amount of time.

Vignettes feels like a love letter to womanhood, to the relationships women have with themselves and with each other.

There is no hierarchy between these plays, they are not in competition with one another, they feel perfectly in tandem.

Vignettes is at Hope Mill Theatre until 27th March 2022. Tickets are available here.