Review: Tomorrow Is Not Promised explores grief, loss and change in an inspiring journey 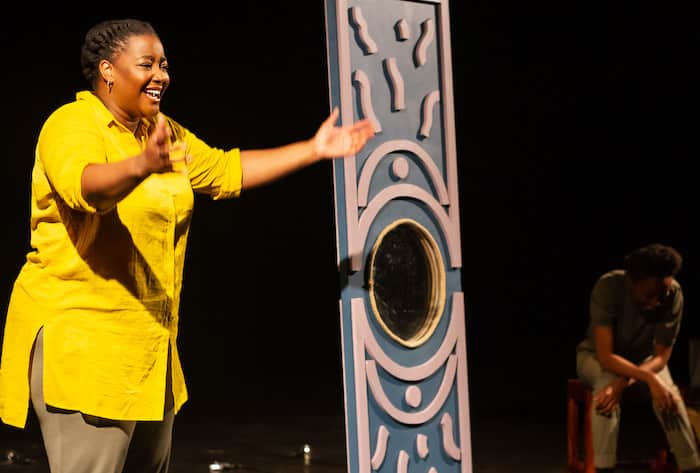 Tomorrow Is Not Promised at The Lowry delves into a journey of two women who embark on a discovery of self-healing.

What strikes you first is that the set is dimly lit and appears sparse, but this really works in a play that endeavours to emotionally connect with an audience.

The show is set inside a magic realism space, meaning it’s never made clear if the play is set in a real location, or whether it’s all inside the protagonist’s head.

Davina Cole plays the unnamed female protagonist who awakens after an earthquake has destroyed her house, leaving only her door behind.

The door acts as a focal point of the stage, travelling everywhere with the protagonist who visits various people as she shares her thoughts to the audience. 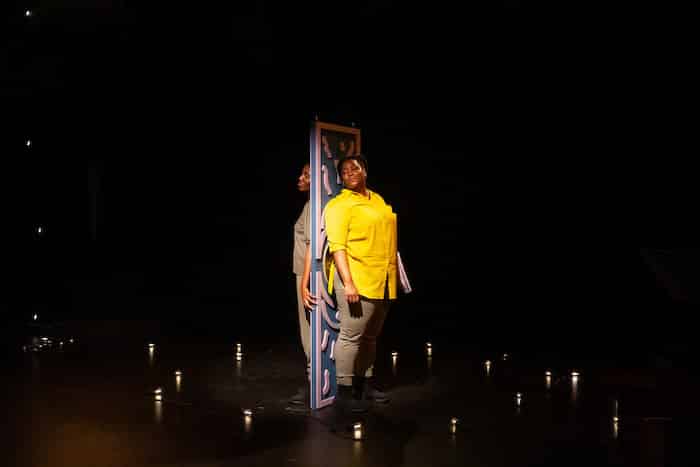 Homeless, afraid and alone, she encounters Suzanne (Chisara Agor), who too has struggled with her own grief.

In the hopes of healing themselves, the pair attempt to find peace in their loss as they attempt to help others who have also suffered.

Agor plays four different parts and shone well in each of her roles. However, the multi-role-ing doesn’t quite work, instead it leaves you unsure as to who is taking part in the conversation – perhaps maybe a minor costume change or added prop could display each character clearer.

Despite this sometimes making you feel lost in parts of the story, this doesn’t distract you from the main narrative.

Cole perfectly encapsulates the vulnerability of the protagonist without you feeling pity for the character, as you do believe she is very much in control of her own story.

Added sudden outbursts of humour do draw laughs, too, which enable the show to not feel too heavy. 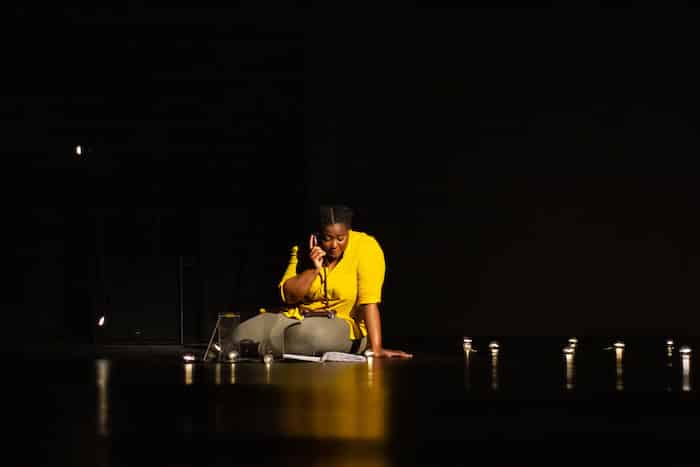 Almost everything that happens does seem to have a deeper meaning or question mark hanging over it, which works well overall, but the story does feel confused and in need of a little more refining.

Live music and vocals both performed by Agor really add to the mood of the setting which accompanies the story well.

The emotional journey the protagonist goes is thought-provoking and it does make yourself question what is really important as you go through times of hardship.

With just a little more refining, this inspiring story has all the potential to be a brilliant show.

Tomorrow Is Not Promised is at The Lowry until Saturday 19th February. Tickets are available here.