A beautiful small and beloved theatre in Ancoats has really been through the mill.

Hope Mill Theatre closed during the first lockdown and started putting productions online, fundraising and getting COVID-ready, so that they could reopen and keep their patrons and staff safe.

They did a sterling job and cast their postponed production of Rent, and the buzz was back, as was the hope that audiences could return and watch this classic show, reimagined and stripped back.

But, just before the official opening night, we all received the news that there was going to be a second national lockdown. This meant that this production was set to close the day after it opened.

I was lucky enough to attend, and this was my first visit to a theatre since March.

Set in New York’s gritty East village, Rent follows a group of bohemian artists who are struggling to make ends meet – but their love of what they do, and their friendship keeps them connected.

They are living in extraordinary times, as the AIDs epidemic is ripping through their community and poverty and illness means that they are feeling left behind.

If ever there was a right time to stage this beautifully drawn character study, which is loosely based on Puccini’s opera La Boheme, it is now.

The parallels are here for all to see, which makes each line referring to the thrill of performing live or feeling isolated, incredibly poignant.

Luke Sheppard’s production does so much more than tick the boxes for those waiting to hear the key songs from Rent that many fans know and love. Tom Jackson Greaves’ choreography has both passion and anger, as these performers stomp and stamp on the ground, fighting for their voices to be heard.

David Woodhead’s set and costume’s fit beautifully in this ‘unplugged’ world that Sheppard has created. Often Rent is staged as a big and bombastic production, and it loses its edge and energy.

Here, Blake Patrick Anderson’s protagonist, Mark tears across the stage like a young race horse let out of the stables for the first time, and the momentum never drops once.

It is difficult to explain just how talented this cast is. But when Tom Francis steps onto the stage as Roger, he retains the rock star quality that his character needs but also imbues it with so much pain and loss that you relate it to where we are right now and he leaves you feeling misty eyed.

His chemistry with Maiya Quansah-Breed’s Mimi is so believable that you feel as if you in room with them eavesdropping and that there is no-one else there.

Their voices blend and they both have this ability to dial it down, and this works incredibility well because often there is a tendency to just belt out the tunes in Rent and the emotion gets lost. Here, it is evident in every single scene and song.

Ahmed Hamad’s Benny becomes more than a landlord wanting payment; he is connected to the community and just trying to make a living, like them.

These characters are far more than stereotypes in the hands of Luke Sheppard, so much so that Millie O’Connell’s performance artist Maureen becomes a member of the team, as opposed to a character with just one big moment and not much else. Jocasta Almgill is a strident and strong Joanne, and she comes alive when she sings, reminding you of her excellent turn as Anita in West Side Story at the Royal Exchange.

Dom Hartley-Harris and Alex Thomas-Smith as couple Collins and Angel lift you so much during I’ll Cover You that you forget about where we are at the minute.

These spine-tingling moments are why theatre matters. 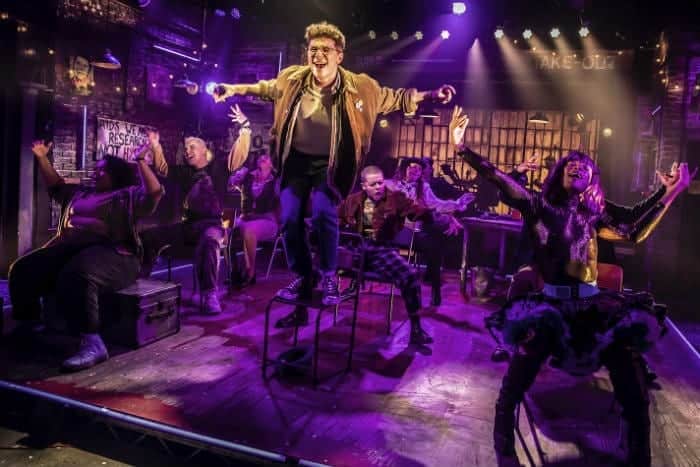 Last but by no means least, the superb quartet that is Kayla Carter, Allie Daniel, Isaac Hesketh and Bethany Terry perform a variety of roles with real power and gravitas, and their passion and love of performing is etched all over their faces.

They sit in awe at the rest of the cast when they are on the side-lines, and they never notice that the leads are thinking the same about them, as is the audience.

The brilliant band (Katy Richardson, Chris Poon, Danny Miller, Zach Okonkwo, Kobi Pham and Conor Stevens) has the ability to revel in the quieter moments as well as the big and bold numbers and that make this show special, as there is never a sense that the music is signposting what you should be thinking and feeling.

Luke Sheppard’s Rent is bold, beautiful, and beguiling, so lose yourself and revel in the fact this show is available online to watch at home.

It’s not quite the same, but soon you will be back in a theatre – and you can support Hope Mill and these superb creatives in this Season of Love until then. Enjoy!

Rent is available to watch at home at hopemilltheatre.co.uk. 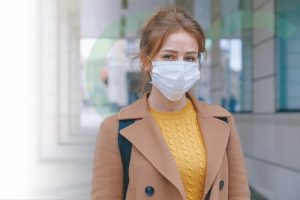 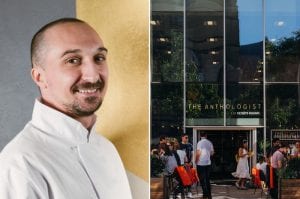 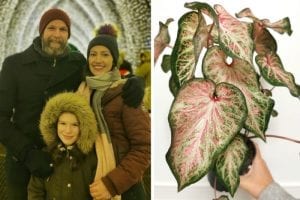