Review: The Play What I Wrote offers a night of ‘sophisticated daftness’ 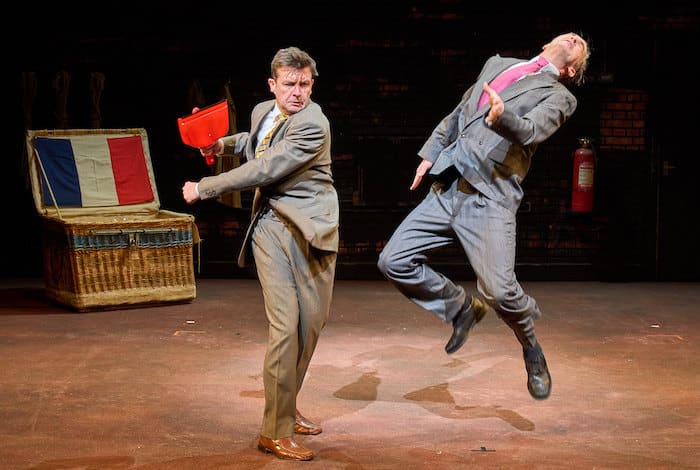 To mark the 20th anniversary of the original, Olivier award winning, and Tony award nominated theatrical run of The Play What I Wrote, the former stars of the show, Hamish McColl and Sean Foley, return as writers to bring their Morecambe and Wise homage to The Lowry for what is guaranteed to be a night of (in the words of director, Foley) “sophisticated daftness”.

Although Morcambe and Wise are the inspiration for the play, it is not at all necessary to be familiar with their work to enjoy the show.

In fact, the production has garnered enough acclaim over the years to be well known in its own right, with the original enjoying stints in the West End and on Broadway.

The premise of the play centres a veteran stage duo, who are at odds about which direction to take with their next tour.

Whereas Thom, much like Ernie’s character, has delusional, grand ambitions as a playwright, and plans to stage his production of A Tight Squeeze for the Scarlet Pimple, Dennis is more keen to launch a run as a Morcambe and Wise tribute act. 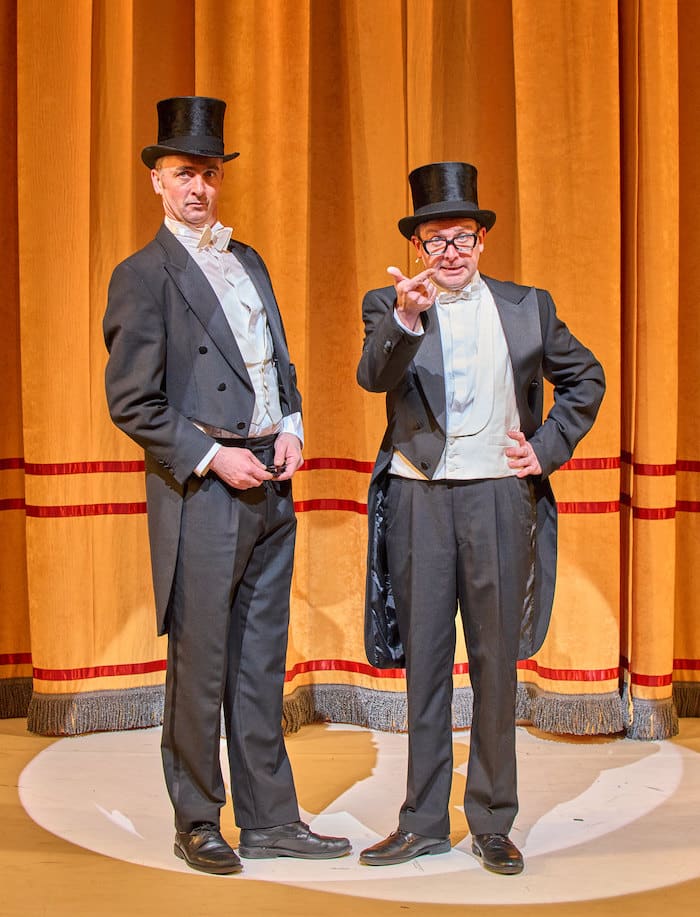 Dennis, along with his co-conspirator and local electrician, Arthur, hatch a hilarious plan to derail Thom’s grand ambitions and, through deceit, ensure his involvement in the tribute act.

What follows is a medley of musical comedy, slapstick humour, and rapid-fire quips that always borders on the ludicrous whilst maintaining some sophistication.

The central duo is played by Dennis Herdman and Thom Tuck (as themselves), and they take a more interpretative approach to their portrayal of the two comedy greats than might be expected. Less an impersonation, and more an embodiment of the energy and inherent sense of fun associated with Eric and Ernie.

The erratic mannerisms and physical presence of Herdman is reminiscent not only of Eric Morecambe, but also John Cleese, as he bounds energetically around the stage with expressive elasticity.

And Tuck, far from being the ‘straight man’ in the show, is just as versatile a comedian and performer who, for a brief instance, produces the spot-on Eric Morecambe impression of the evening to rapturous applause from the audience.

Providing back-up is the excellent Mitesh Soni, who takes on a plethora of roles.

There is the aforementioned electrician, Arthur, whose only wish is to play his harmonica on stage for his mum. A hilarious stint as Scarlett Johansson, or ‘Charlotte-your-grandson’ is very well received. And, impressively, he even took on the role of a ‘crowd’ of angry French revolutionaries during one particularly memorable scene. 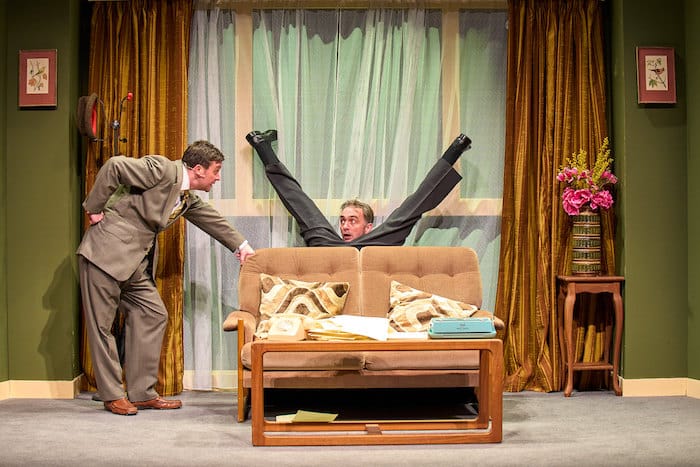 Like the M & W show, the production is well known for its host of guest celebrities that have graced the stage over the years. The previous run back in 2002 saw the likes of Sir Ian McKellen, Sir Roger Moore and Dame Joanna Lumley all getting involved with the unabashed, self-deprecating fun.

This production is no different, with nightly surprise guests planned throughout the tour.

Any fans of the runaway success HBO television series, Game of Thrones, would have been in for a treat, as the guest performer on opening night at the Lowry was none other than Tywin Lannister himself, Sir Charles Dance.

Dance acquitted himself well to the unaccustomed domain of comedy and took his medicine from the boys as the brunt of their jokes about, amongst other things, his performances of Coriolanus.

I will leave it to the reader’s imagination to discern the punchline for that one.

Above all, though, the mere sight of a venerated royal Shakespeare company actor delivering a soliloquy penned with hilarious incompetence by Thom, is worth the admission alone.

And with tickets starting from just £14, I would say that is a fine bargain.

The Play What I Wrote is at The Lowry until Saturday 5th February 2022. Tickets are available here.