Review: The Original Modern Mr Cooper’s at The Midland Hotel

Mr Cooper, it appears, is now homeless. His house and garden have been removed from the restaurant on the corner of Peter Street and Mount Street that has borne his name since 2013.

Somewhat confusingly, the restaurant is now called The Original Modern Mr Cooper’s, but then this room has been called many things over time including The Colony and Nico Central, a one-time outpost, if in name only, of the notoriously grumpy Nico Ladenis.

But worry not, for the laid back leafy legacy of Mr Cooper, whose original house and garden was in this spot in the 18th Century, is maintained beneath the restaurant’s lofty chandelier-hung ceiling.

The bar area is smart and attractive and the spacious dining room, which sports parasols, wicker and wooden garden furnishings and the spreading boughs of a tree in the middle of the floor, gives the impression of a light and airy conservatory.

What has changed – apart from the name and the logo – is the menu. It’s now fashionably divided into small plates, and bowls, grills and salads which come in various sizes. There’s a separate brunch menu served between 11.30am and 5pm and a snack menu in the bar. 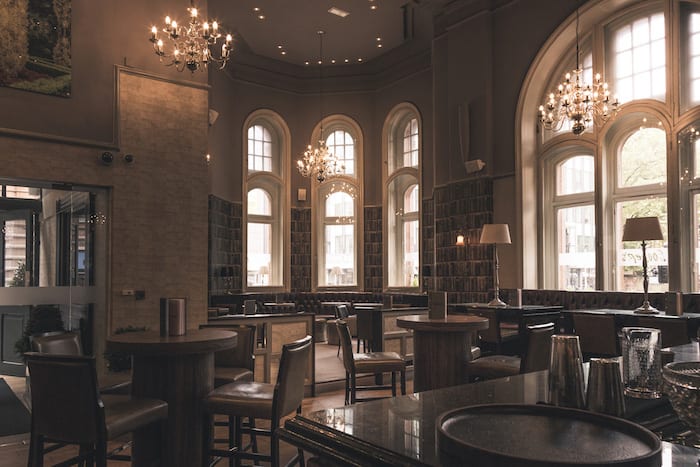 Whereas the old menu offered combinations like pork chop with cumin crust, with green beans in creamy tofu, the new one has elements of ‘build your own dish’ about it, with a choice of sauces offered with the grills and a range of side dishes to mix and match.

Which is precisely what we did after a racy Black Forest Monkey 47 gin and Fever-Tree Mediterranean tonic from the cocktail bar with a twist of pink grapefruit and a dried strawberry.

If the menu has, on the face of it, been simplified, it still packs a flavoursome punch with notable influences from the Mediterranean and Morocco.

The latter was very evident in Mrs K’s starter small plate of smoked aubergine with creamy tahini studded with pomegranate jewels (£4) with which she had a herb butter flatbread. It was well worth being a veggie for five minutes. 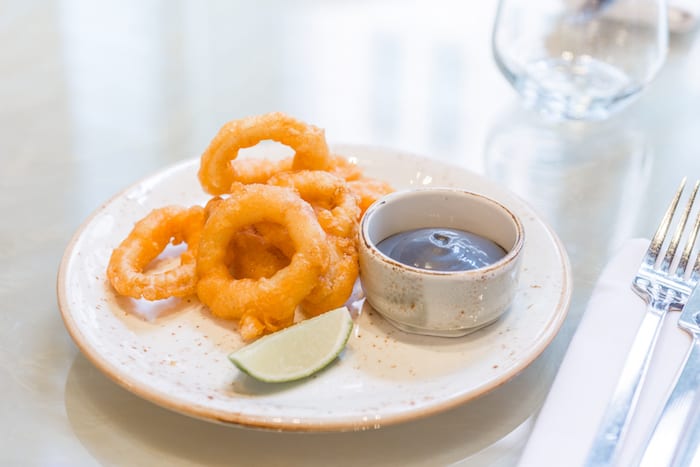 My opener was also simplicity itself. Tender baby squid rings fried in a delicate spiced tempura batter (£5), delicious when dunked into the accompanying pot of squid ink mayonnaise, a neat touch lifting the familiar out of the ordinary. 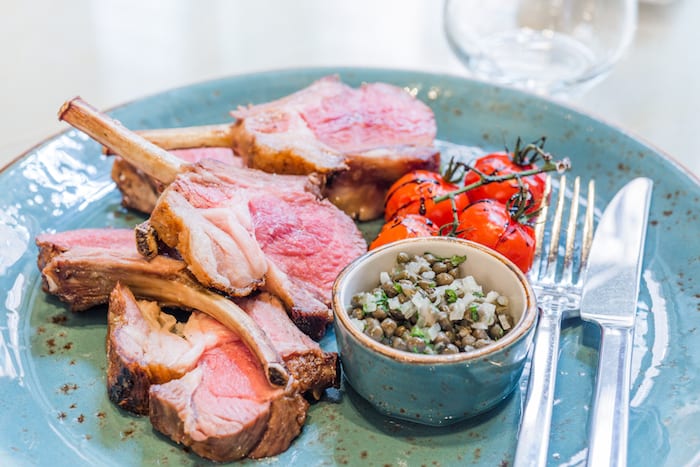 The prawns, seven or so inches long, were partly shelled, lightly spiced, plump and meaty and served ‘a la plancha’ with a pot of garlic and rosemary jus.

The lamb, pink, moist and tender, was served with piquant salsa verde rich with green peppercorns.

To accompany, we went slightly off piste – as this style of dining invites you to – and shared a big bowl of fresh and colourful sticky beetroot, grilled goat’s cheese, maple and walnut salad (£9.50) that made us feel so good about ourselves that we added a side of skin-on fries (£2.50). 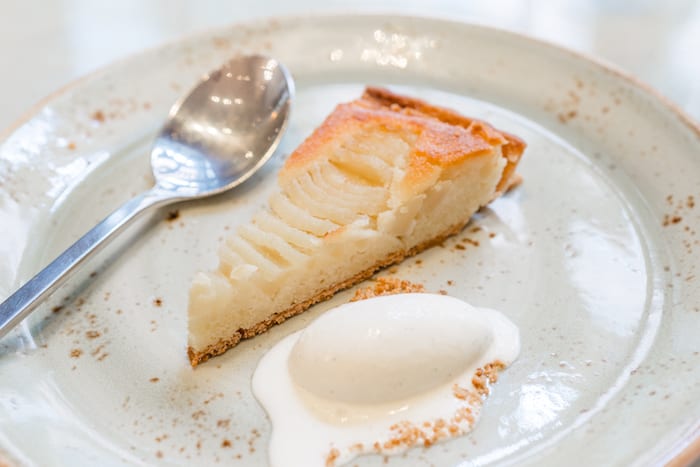 From a wine list pared down to just a dozen well-chosen bottles plus a quartet of sparklers – there are more cocktails and varieties of gin on the drinks list – we chose a splendidly quaffable sauvignon blanc from Spain’s Valdepenas region (£22) and I had a glass of mulberry-rich malbec for pudding.

Mrs K enjoyed a wedge of deftly crafted poached pear and almond tart. Service from a young man called Jordan with experience on both sides of the pass was friendly and knowledgeable throughout.