Review: Matthew Bourne’s Romeo and Juliet at The Lowry

You don’t really expect to find a list of telephone numbers of support organisations printed inside a ballet programme in case you’re affected by any of the themes of the performance.

The passionate and deeply emotional story of star cross’d lovers Romeo and Juliet has inspired the world’s creative community for years, spawning multiple versions and adaptations. We know this story like the back of our hands.

But somehow this ballet, a world premiere and the first new production from New Adventures since The Red Shoes in 2016, makes it feel brand new.

Matthew’s twist on Shakespeare’s tragedy is a little bit dystopian and set slightly in the future.

The curtain lifts at the Verona Institute, a place where young people dressed all in white are being kept against their will. We’re not quite sure why they’re there. Is it to do with mental health? Are they being experimented on? Were they sent there to become ‘normal’?

This telling of the story has done away with the extended Capulet family, and Romeo arrives at the institute with his powerful, presidential, almost House of Cards-esque parents. He’s a wealthy young boy who seems bored by everything. Why’s he there? Does he need to be shut away?

The reasons don’t matter. We’re here for the love story. And this ballet is fizzing with youthful passion and raw energy.

“One thing I have tried to bring out is that when young people first fall in love and feel that passion, they really go overboard in many ways,” said Matthew about the production.

“I often think about how classical ballet handles this and how the young girl gets very excited by a kiss on the cheek. Young people today, if they are into each other, are kissing until their mouths are sore. I have tried to capture that intensity.”

And that overwhelming emotion and all-encompassing desire is exactly what sets this ballet apart. The young lovers dance and kiss like no-one is watching. At times we wonder if we should avert our eyes to give them some privacy.

Matthew got the idea for his production from Arthur Laurents, the co-creator of West Side Story, who was asked why the young people in it are violent and act the way they do. He said they have too much feeling and they need to find a way to release it.

The group scenes do have a hint of the Jets and the Sharks with their co-ordinated routines full of lust and teenage hot-headedness.

But it’s that infectious, unrestrained youthful energy which really makes an impression. And several of the young stars appearing at The Lowry in their first professional roles are from Greater Manchester.

The search began in April 2018 with a call-out for young dancers currently in training aged between 16 and 19. Attracting over 1000 applications, young cast members are joining the New Adventures company at each stop of the UK tour.

Six young dancers from the region are making their debuts at The Lowry alongside the full-time cast, and they bring even more energy to a production already brimming with it.

A team of young associates have been appointed to work within each creative arm of the project, too, including lighting, sound, orchestration and costume. For the choreography, Matthew has been joined by Arielle Smith, some 30 years his junior.

Prokofiev’s familiar score feels updated, too. The power’s all there, but it’s more intimate, emotional and earthy having been reworked for a small chamber orchestra of just 15.

Composer Terry Davies, a long-term collaborator of Matthew’s, has done a stunning job adapting the music for this production.

Fizzing with youth, this ballet manages to take the familiar and makes us see it through new eyes.

Older audience members no doubt have their favourite interpretation of the Romeo and Juliet story over the decades, whether it’s the singing street gangs in West Side Story, the arresting visuals of Franco Zeffirelli’s 1960s film, or Baz Luhrmann’s 1996 gun-toting, MTV-generation reworking.

This new ballet deserves to be the defining production for today’s teenagers.

I noticed that the young stars have shared their Twitter and Instagram handles in the printed programme, and one suspects they will be inundated with fan messages. It could be the start of a whole new modern love story, who knows?

Matthew Bourne’s Romeo and Juliet is at The Lowry until Saturday 15th June. 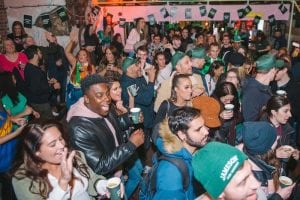 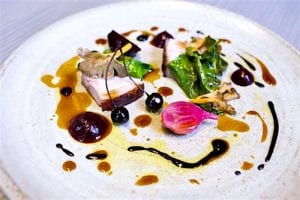 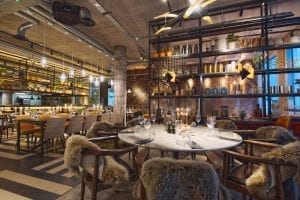