Manchester could soon have an international film festival with the same recognition as Sundance. 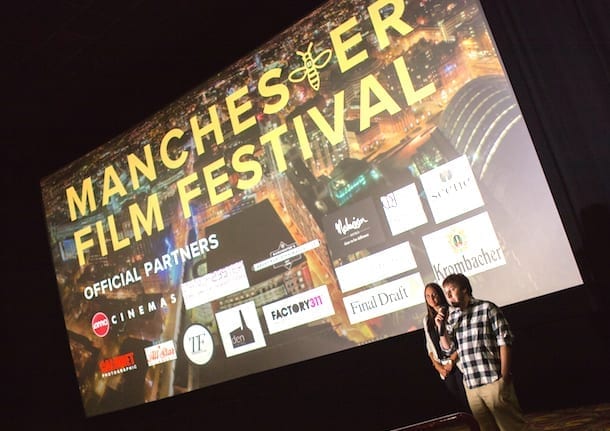 I’ll be honest. Despite researching the Manchester International Film Festival, watching the trailers, checking out its slick website and even after finding out that it had lined up a pretty impressive programme, part of me expected really small audiences due to a bit of name confusion or audience leakage to the bigger, better known festival with the similar name.

I am pleased to say I was totally wrong. The two festivals managed to live harmoniously side-by-side. All the films I watched had respectable audiences and the support of their production teams in the form of a Q & A after each screening. Some of them had travelled from their countries of origin to introduce and answer questions about their films. This chance to talk to the filmmakers is a really lovely treat and a great resource for budding filmmakers or genuine enthusiasts, although you always get one or two audience members whose only reason for asking a question is to show off their understanding of the film and to hear the sound of their own voices. You know who you are!

My background is writing and filmmaking. I’m no auteur extraordinaire, far from it. I have seen my fair share of rejection with the faint glimmer of appreciation, but it’s the rejection that can make me and other filmmakers overly critical. Not just of individual films, but the general programming of an entire festival. It’s painfully obvious that when half the films are masterpieces and half are utter rubbish, something has gone horribly wrong with the programming.

For instance, a film wins awards at one film festival and is not even shortlisted at another. When the filmmaker asks for feedback as to why they didn’t get in, they get the line that all filmmakers will be familiar with. “It wasn’t what we were looking for, and due to the number of entries we can’t give individual feedback.” 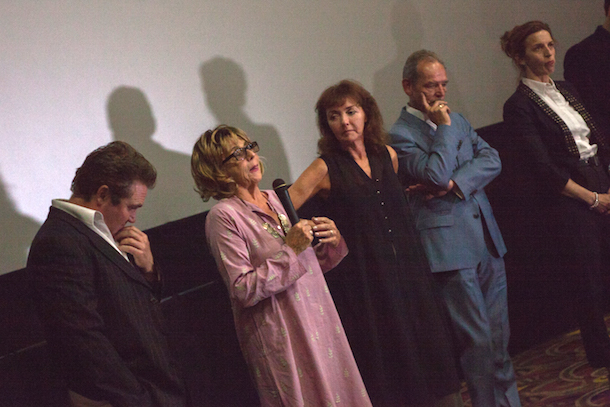 I’m pleased to say there was no room for me or any other filmmaker to be bitter or jealous as a result of attending MANIF. Just inspired. I was genuinely impressed by the programme and there was a feeling of awe from the audience.

There’s nothing like communal film watching when everyone is enjoying themselves.

I was lucky enough to see a huge cross section of the festival and the two films that really came out on top for me were the Australian entries. Firstly ‘Touch’, a desolate and almost claustrophobic film about a mother and child on the run, set to the backdrop of an unfamiliar Australian green and lush terrain.

Some wonderful acting and themes are explored and the almost non–existent score gave the film a realism that wouldn’t have been there if they had filled it with music. It felt like the subject of the exploitation of women was shoehorned in and wasn’t explored properly, which gave it a weakness it didn’t need.

The second Australian entry I watched was ‘Is This The Real World,’ a solid film, good acting, beautifully shot with music that picked up Best Score – basically what ‘Boyhood’ should have been, without the gimmick of realtime ageing. I think anyone can relate to this coming of age film. But be warned. Its blurb and trailer make it come across a bit teenyboppy and it certainly isn’t.

The stand out event for me was the UK Dramatic Shorts category, particularly ‘Him Upstairs.’ This was an absolute pleasure to look at and Gwen Taylor’s monologue–led performance was perfect. ‘Caring For The Recently Diseased’ with Sue Johnston was a wonderful new take on a zombie movie and its sub-genre of empowering downtrodden housewives was brilliantly done and very funny, too!

‘One Word’, a debut short from Manchester filmmaker Caleb Shafer, stole the show in this section. Its shortcomings – an over egged score and a couple of weak performances– can be forgiven and it stood up well next to the likes of ‘Him Upstairs’ and ‘Caring For the Recently Diseased’ with their well known cast members and their big budgets. Although this was a debut film with limited resources, it certainly rescued itself with its beautiful, poetic writing and the sensational, emotional and tearjerking performance from its lead character Sammi, played by Joshua Okusanya. This is what short films should be about. Beautiful performances and subjects that matter to society and evoke a strong and meaningful response from the audience. I was in floods of tears!

Spanish feature film ‘The Long Way Home’ a sad tale of a man, his dog and a recent bereavement had some good moments and some good acting, but I must confess to getting a bit bored. I get that part of the journey you are invited on was meant to be an arduous one, but it was just a bit too much for me. Not to say that it wasn’t a brilliant film though and a welcome addition. 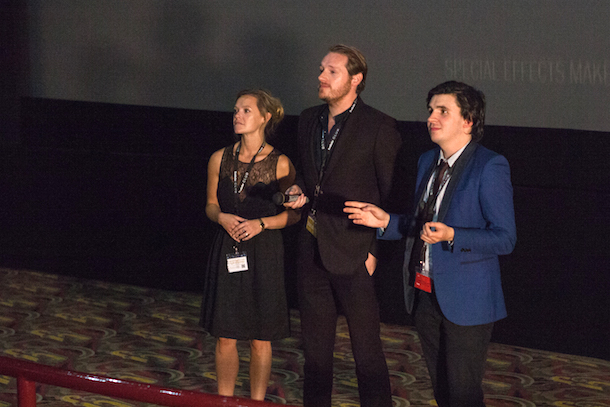 ‘Two Down,’ which picked up Best British Feature, was about a contract killer and was a bit of an odd one at first. It took a little time to get into as it mixes quite a few themes and genres. Spy drama or spy parody? You think it’s going to be a bit Sean of the Dead, then after a pretty naff fight scene you think, “yep, definite spoof.” Then it goes all serious again. It proved a successful mash-up in the end and was very funny, if a bit theatre like.

Most of the stuff I chose to watch were indie films in the true sense of the word – independent, quiet, small cast, low budget films. So for my final film I decided to mix it up a bit with something surreal with beauty and colour at its heart. Unfortunately my visual feast turned out to be a visual flop. I just didn’t understand ‘The Imago’. And I don’t think it was executed well enough for me to want to try to do so. You are left completely in the dark until the last few minutes when the entirety of the plot is hurled at you in one go. The world that the film is set in is never explained and there is some very bizarre acting thrown into the mix, too. I should add that a friend who watched it with me seemed to really enjoy it. Like any indie film, we should be left to make up our own minds as that’s how you end up seeing some truly inspiring stuff. Anyway, I find that people with the loudest opinions are usually wrong!

The sheer quality of the line up is testament to how much hard work programme director Al Bailey and his team put into bringing Manchester some of the very best international shorts and features, not to mention world and UK premieres. This really is how a festival should be programmed. If they have succeeded this well in year one, the festival can only go from strength to strength and Manchester could soon have an international film festival with the same recognition as Sundance. Now wouldn’t that be lovely?