Review: Kylie Minogue rolls back the years at Castlefield Bowl 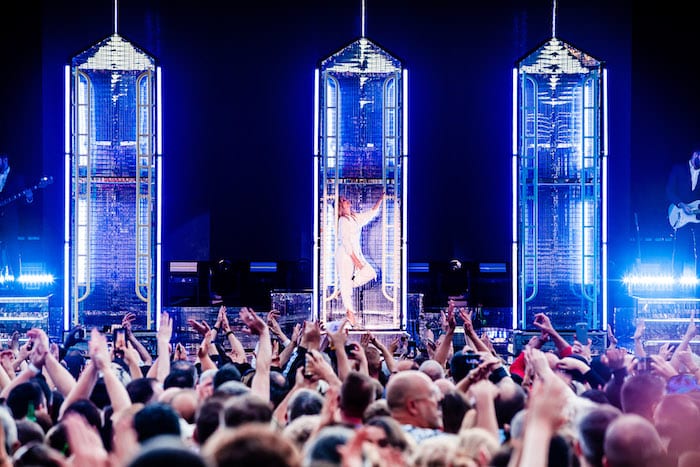 Manchester’s love affair with Kylie Minogue has been going strong for over 30 years now – and it really shows no signs of abating.

As the princess of pop surveyed her crowd of cheering, waving, adoring fans at Castlefield Bowl yesterday night, she acknowledged that long-standing relationship, sighing: “This is incredible.  To be fair, we go back a long way don’t we?”

Her summer series of shows, crowned by that legends appearance at Glastonbury last month, is all about a step back in time for Kylie – coincidentally, the title of her new greatest hits compilation.

And for fans, that means a hit-fest of a show with sing-a-long after sing-a-long from the moment she appears on stage in a glittering white jumpsuit flanked by her pastel-suited male dancers to belt out Love At First Sight.

We all sway along to her debut hit I Should Be So Lucky, before she giggles: “I told you we were going to step back in time” and diving fully into her 80s Stock Aitken and Waterman catalogue with Never Too Late, Je Ne Sais Pas Pourquoi and Hand on Your Heart.

But she also proves she’s still got the sass going on with her sultry and sizzling new take on Slow.  It leads into a throbbing Confide in Me that is so hypnotic that for once it even distracted the crowds from waving inanely at a passing train.

It’s a show where Kylie happily and joyously celebrates every part of her career – yes even the cheesier moments.  And so we have wedding bells ringing out and Suddenly, the Angry Anderson song that soundtracked her Neighbours character Charlene’s wedding to Scott back in the 80s, playing as her dancers form their own wedding party on stage.

It leads into Especially for You – with Kylie duetting with the crowd rather than Jason Donovan on this occasion.  There’s also a special moment for young fan Jamie who is plucked from the crowds to present a rose to Kylie – and she returns the favour by serenading him with a verse of her Nick Cave duet Where the Wild Roses Grow.

Kylie herself looks happier than ever, sounds better than ever and looks just as fabulous at 51 as she did at 21.   It’s a joy that spreads infectiously around Castlefield Bowl, culminating in a rainbow of confetti exploding across the crowds as the euphoric strains of All The Lover rings out before a glittering golden finale of Dancing and Spinning Around. 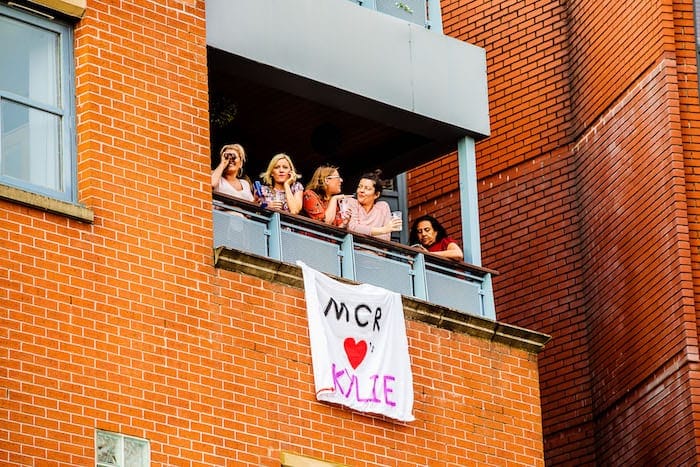 I Should be So Lucky

Get Outta My Way

What do I have to do

Hand on your Heart

Can’t Get You out of My Head

Step Back in Time

Better the Devil you Know

Where the Wild Roses Grow (acoustic)