Review: JB Shorts Reloaded at 53Two shows the greatest hits from the past decade

Ten years ago, Manchester-based Reallife Theatre Company began staging JB Shorts. The concept was simple – six short plays and the chance to enjoy some wonderful writing and fine performances over a a glass of vino or a pint.

One decade on, it’s only fair that audiences get a chance to look back. JB Shorts 21 is essentially their greatest hits. Like many ‘best of’ collections by your favourite band, you may feel that the odd hit has been missed and that one inclusion or two is not that great. But overall the quality here is, as always, extremely high.

The first play is the football-themed At The End Of The Day, written, directed, and starring James Quinn. It makes some pertinent points about football commentary and the performances are good, with Quinn and Callum Sim making a great double act, but it does feel as if it makes its point quite early on. 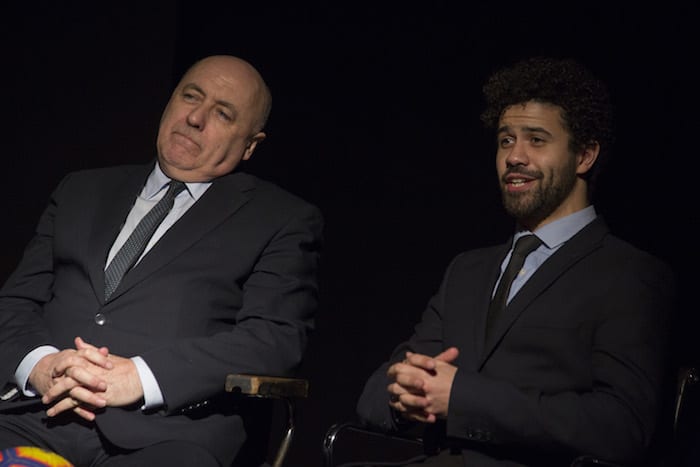 Peter Kerry’s Banal Encounter takes the form of the famous film Brief Encounter but takes a dark and twisted turn. It is very clever and surprising, but the twist itself feels slightly too rushed, because this is one of those shorts that would benefit from more breathing space, and a longer run time.

Dave Simpson gets the chance to revisit his Blind Date, which is a warm and cuddly trip into the world of internet dating. We find ourselves rooting for Andrew (Will Travis) and Angela (Susan McArdle) as they navigate the world dating profile language, with one of them typing GOSH, for good sense of humour, and both opting to wear wigs to cover their real selves. There are plenty of poignant moments here and the performances completely win you over.

Following the interval, something beautifully realised emerges in the form of Diane Whitley’s Snapshots. Sally and Bill are celebrating their wedding anniversary. As their granddaughter Sally narrates, we feel like guests witnessing the truth behind this marriage.

Reminiscent of Mike Leigh’s Secrets and Lies, this short is a mini-masterpiece and could be expanded. I was completely immersed. Julie Edwards and Glenn Cunningham wow as the couple who show you their real selves and Beth Nolan and Sean Ward fill in the blanks as the younger versions as they bring a slideshow to life with genuine emotion. 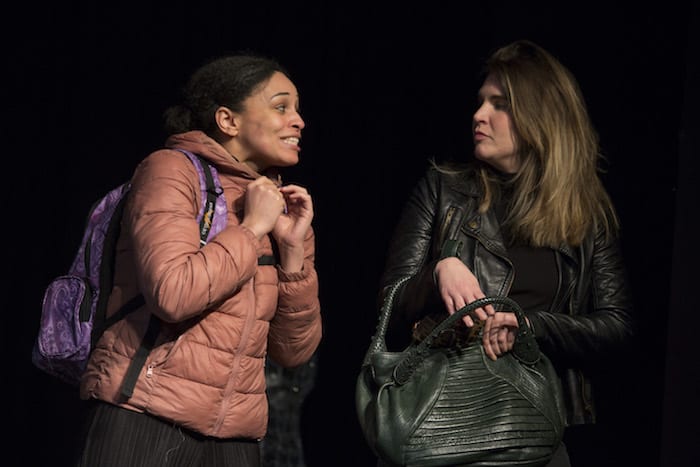 Lindsay Williams also explores secrets in her mini play The Outing which features a brilliant performance from Jeni Howarth-Williams as Nellie, a woman who is seeking joy on a day trip. Withdrawn and stilted, there is something enigmatic about this character. She meets fun loving Frank (Corrie’s Richard Hawley) who also comes across as a lonely and lost soul.

Not as straightforward and predictable as you might expect, this play has some lovely dialogue which feels real. The twist could come later but the journey is one worth taking.

The sixth and final short is Trevor Suthers laughter riot, Can We Stop It There? It’s the best of the bunch and plays around with the concept of identity in theatre. It’s Michael Frayn’s Noises Off meets The Play That Goes Wrong, with a bit of Acorn Antiques thrown in for good measure.

We see a group of actors rehearsing whose real accents do not match their characters in any way. A group of luvvies are discussing what motivates their ‘characters’ then we realise these are characters playing other characters and we are not sure what is theatre and what is real.

The cast here are like track athletes running a relay, passing on the gags to each other with real glee. Martelle Edinborough as bumbling but loving Angela is a real joy, but the whole cast revel in the chaos and comedy in this brilliant finale.

If you have never seen JB Shorts before, now is the time to go. It’s a chance to see the best of what they have achieved over the last decade and to get ready for JB Shorts 22.

I can’t wait to return to see what’s in store.