REVIEW: Gaucho Manchester for steak at its sexiest 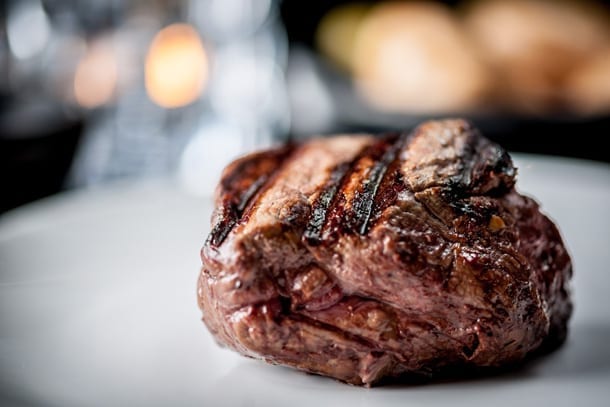 The best places for steak are New York, Brazil and Argentina. Argentina is considered the best of the best — they produce simply the most amazing wet-aged beef, a key ingredient of traditional Argentine cuisine. Traditionally, the cows sourced for Argentinian beef graze freely on the fertile grasslands of the Pampa, which might explain the price of the steaks.

‘a temple for
meat lovers…’

Founded by a Dutchman called Zeev Godik, the first Gaucho restaurant opened its doors in London 21 years ago. Since then, the group has grown to 14 sites across the UK and has opened a select number of locations overseas.

Gaucho Manchester opened in 2001 in the converted Methodist church previously occupied by Sticky Fingers and is renowned for serving some of the best steaks in Manchester. The restaurant is a temple for meat lovers, spectacularly decorated with cowhide leather laden interiors and crystal chandeliers. 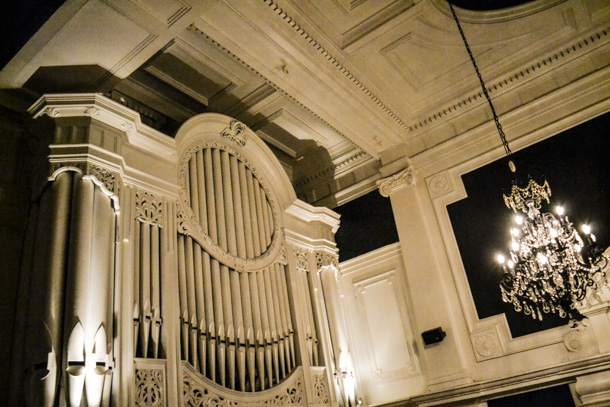 Gaucho serve four main cuts of beef which have been vacuum sealed and wet-aged for 30 days. The Gaucho way, and indeed the Argentinian way, is to only turn the steak once during grilling.

The result is cuts which are light, juicy and so tender that not only do they melt in your mouth but if you held one in your hand it would probably melt there, too. The rib-eye, often described as the steak lover’s steak, is particularly delectable. Delicately caramelised and served with smoked garlic hollandaise; it’s steak at its sexiest. 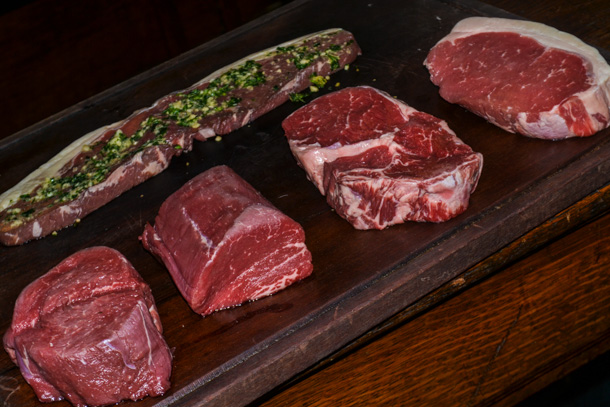 The deal at Gaucho is a cut of 100% grass-fed Argentine steak (no limit of size/weight), chips or salad and any sauce to accompany.

Some people find Gaucho expensive. But when you learn about how the meat is processed and prepared before it gets to your plate, you realise it’s a small price to pay. And it’s cheaper than Hawksmoor.

Although known primarily for its steaks, Gaucho has become a champion of Argentinian wines with one of the most comprehensive collections of Argentine wines in Europe, which includes Viña Patricia, a Malbec named after the owner’s wife.

Gaucho’s staff, go through eight full days of training before they’re allowed to take the restaurant floor so their knowledge of Argentinian steak is impressive. They even know what everything on the menu translates to in Spanish.

Gaucho is currently creating a destination bar with a larger lounge area separated from the restaurant area with glass doors, for customers to stop by for a drink. 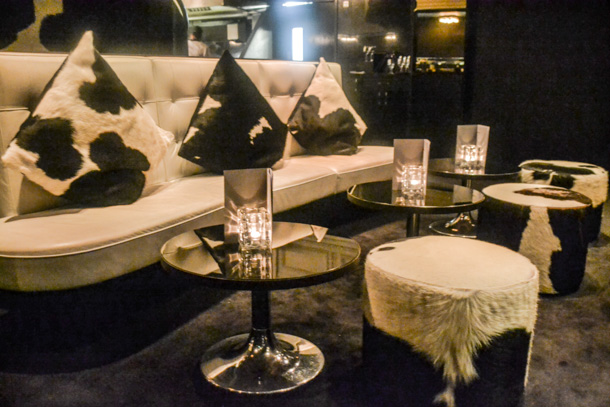