As we walk in to Frankenstein: How to Make a Monster, there’s 90s R&B music playing to welcome us. The show starts and we are introduced to the three foundations of beatboxing: snare, bass and hi-hat.

The presenter gets the crowd involved by dividing the audience into three sections and having us perform each component – a great way to get the audience to understand the complexity of what the performers are about to do.

She then brings out local talent from Manchester, and they perform short pieces that they have written. 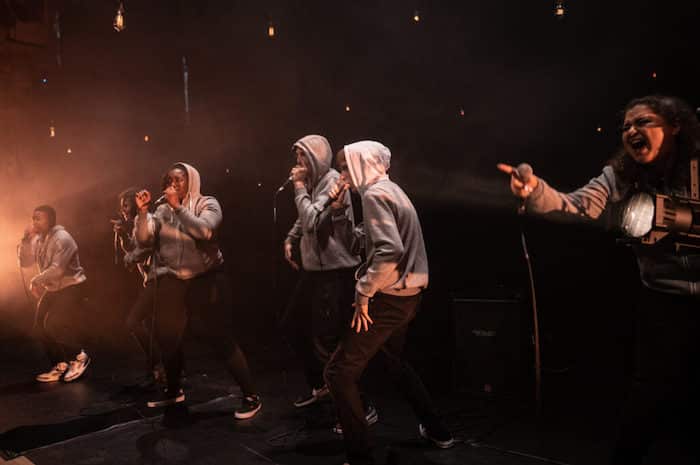 There is minimal lighting consisting of multiple single light bulbs suspended from the ceiling which sets the scene for a gloomy and gothic atmosphere, paying homage to the original tale.

Shelley Coenen uses the lighting in an innovative way by making the lights pulse and blink to match the rhythm that the performers create. The use of single spotlights behind each performer casts silhouettes to create mood and ambience.

During the scene when the Monster is being created, the light bulbs flicker to enhance the theme of electricity, which is a prominent motif in Shelley’s book.

The sound is the highlight of the show, with the beatboxers producing all the sound effects with their mouths. Whether it be rap, song, bird noises, they do it all. 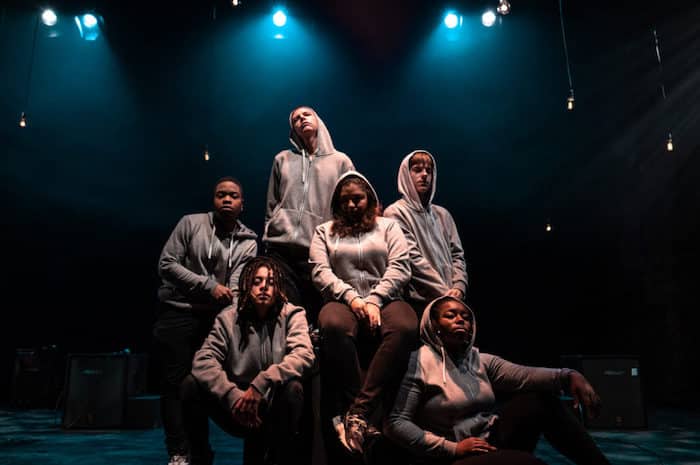 BAC Academy uses the original story to discuss social issues that are prevalent in today’s society, such as stereotyping, social media and racism.

There is a moment during the production where they interact with the audience by heckling them with a single spotlight.

This then moves on to five of the cast turning on their own, showing how everyone judges each other even your closest friends.

They even use Frankenstein’s Monster as a substitute to showcase how beauty is validated by what society believes it to be.

The show ends with a full circle of the cast members asking the question, “What have you done?”

This can be interpreted as a question to society as a whole, asking us “What have we done?” “Look at the Monster we have created.”

There are some surprises at the end so, stay until the very end if you want to see.

Frankenstein: How to Make a Monster is at Contact until Saturday 14th May. Tickets are available here.