Originally written for BBC television in 1952 by the playwright Frederick Knott, and also enjoying a stint at the West End that same year, Dial M for Murder is most well-known, of course, for its big-screen adaptation by Alfred Hitchcock in 1954.

Widely regarded as a watershed moment in the evolution of the thriller, it has been a mainstay in theatres ever since, and after the understandable delays associated with COVID-19, has now made its return to Manchester at The Lowry. 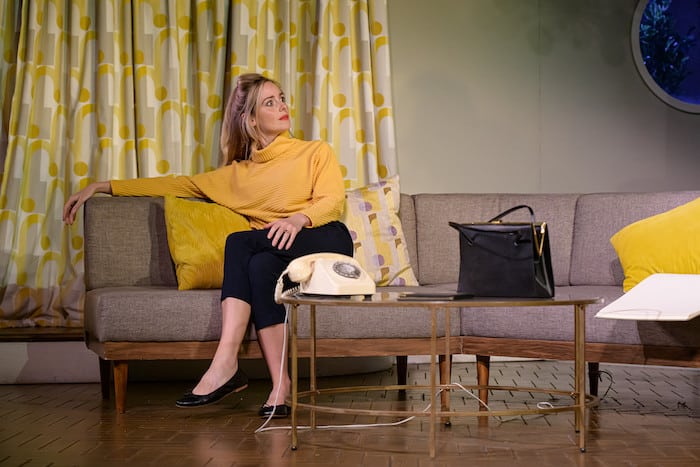 Tony is a past-his-prime tennis pro who, upon discovering that his wife, Margot, played by Diana Vickers (Little Voice), is engaged in an affair with crime writer Max Halliday, played by Michael Salami (Hollyoaks), sets in motion the perfect murder scheme.

Or so he thinks, as his villainous plot soon begins to unravel under the scrutiny of Inspector Hubbard, played by Christopher Harper (Coronation Street), and he becomes increasingly entangled in his own web of deceit.

This version of Tony, played by Tom Chambers, is a little more overstated than the version played by Ray Milland in the Hitchcock version.

Whereas Milland’s Wendice was debonair, and the height of sophistication, Chambers’ is a little madcap, and almost cartoonishly villainous at times, making you wonder how he could hope to get away with the murderous scheme central to the plot.

It is a good performance, but perhaps the decision to rewrite the character to such an extent was unnecessary.

The dual roles of Charles Alexander Swann and Inspector Hubbard are played by Christopher Harper, who treads both sides of the law with ease, both as the shady Swann, and the sleuthing Hubbard.

His chemistry with the other actors is strong throughout and provides some of the highlights of the show, both the serious, suspenseful ones and in the frequent moments of humour.

The love triangle is completed by Michael Salami as the American novelist Max Halliday, who shares excellent on-stage chemistry with Vickers, lending real believability to their affair.

The set design by David Woodhead is simple but effective, and with the entire play focused around the Wendice’s flat, it was necessary to make it as effective a locale as possible.

Through imaginative use of lighting to evoke a dynamic day/night cycle, and stylish musical interludes drawing from a variety of familiar ’60s tunes, it achieves just that.

The production, in an attempt to distance itself somewhat from its at times, stuffy, old-fashioned source material, has made a few changes. Some understandable, and some less so.

The shift forward a decade from the 1950s and into the swinging ’60s is an understandable one that does little to alter anything, but I felt that there were moments of levity that just seemed a little out of place and at odds with the play’s identity as a thriller.

For example, there was a moment where one of the characters felt the need to break into an impromptu Elvis impression. It was rather jarring and had me doing a double-take, wondering why that had warranted inclusion.

But with these minor foibles aside, it is well acted, well produced, and does an admirable job of presenting the rather complex crime caper that has captivated audiences for over half a century. 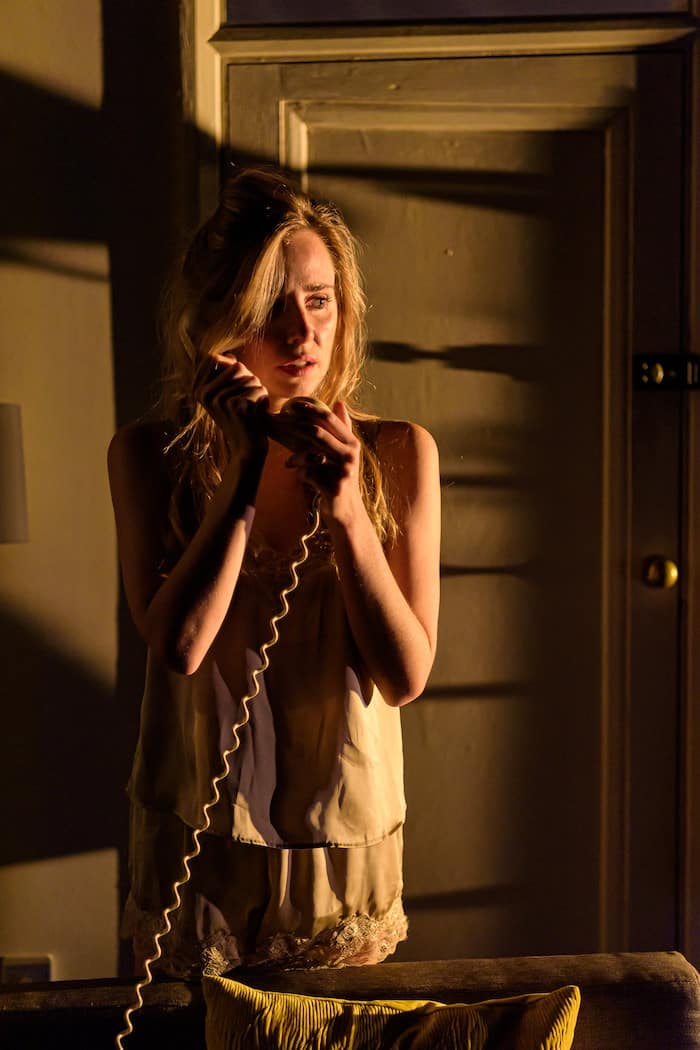 The Lowry offers a fantastic variety of accessibility options for the play, with captioned, audio described, and BSL (British sign language) performances available throughout its run. Ticket prices start at the £15 mark for these shows and run from £20.50 on the other nights.

The quality of the acting on display, and the top-notch stage design and accompanying lighting, ensure value for money.

It is a classic thriller reimagined for a new age, with a few alterations that – for the most part – work well.

Although its more comedic touches are sometimes at odds with its purely thriller source material, it still, in the words of Alfred Hitchcock, makes for a ‘Good Evening’ of theatre.

Dial M for Murder runs at The Lowry until Saturday 20th November. Tickets are available here.