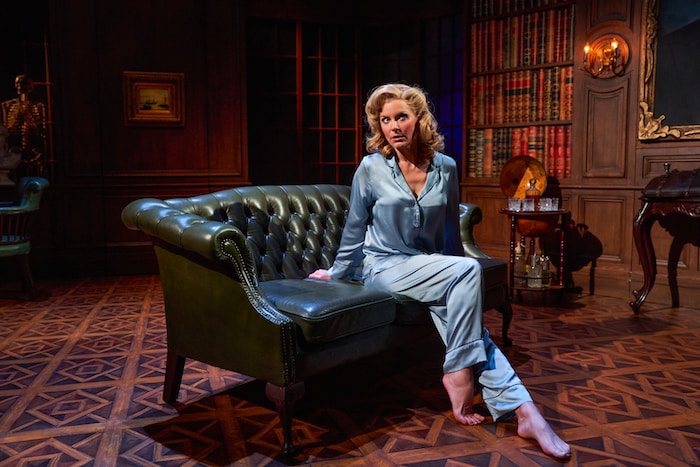 2:22 A Ghost Story starring Lily Allen has proved one thing: we love things that go bump in the night at the theatre, just as much as in film.

The latest instalment of the Halloween franchise is doing great business in cinemas and The Woman in Black continues to scare us in the stalls on tour and in London for the last three decades.

We love to be frightened.

The Cat and the Canary has been filmed many times and it has always contained a mixture of things that go bump in the night, black comedy, creaky floorboards and a cast of the usual suspects that you have seen in many a murder mystery. 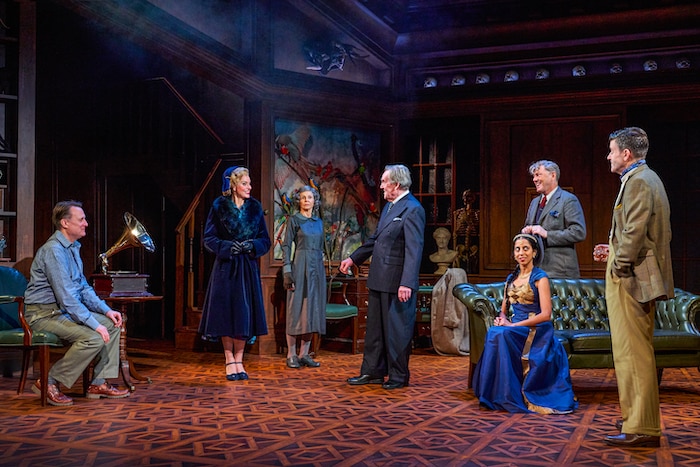 Written by John Willard and adapted by Carl Grose, this production knows what fans of this genre want.

The opulent set design by takis has all of the grandeur that you expect from a stately home but also a few nice surprises which adds to the thrills.

Our guests gather in the house for a will reading, each of them eager for a slice of the pie.

They include Antony Costa as a kind hearted vet, Marti Webb as an overprotective aunt to her niece Cicily (Priyasasha Kumari), Ben Nealon as the actor who has a history with Tracy Shaw’s writer – Anabelle, Gary Webster’s Harry – a boxer who is handy with his fists, and Britt Ekland as the old housekeeper who carries the secrets of the house and a propensity to frighten the guests with her liberal use of the word “EEE-Vil.” 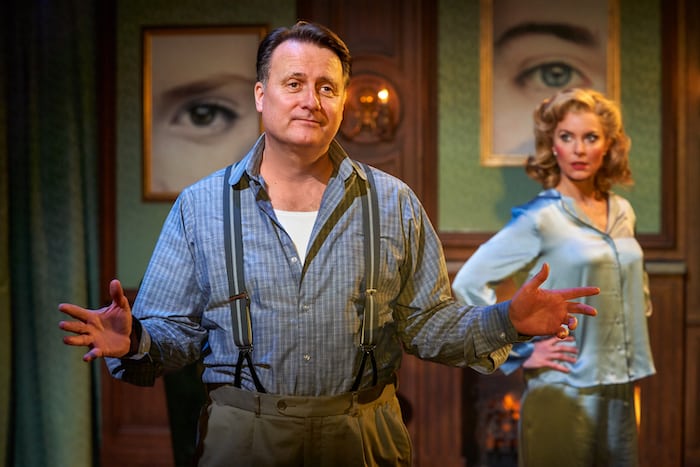 As the creaky old plot progresses and there is a knock at the door letting the guests know that there is a murderer on the loose known as ‘the cat’, you will either smile with delight or sigh sullenly in-between your mouthfuls of ice cream.

For me, this show has a knowing wit which means that you can never take things too seriously.

As Britt Ekland stands waiting to speak as the spooky housekeeper, I was reminded of old episodes of Crossroads sent up in later years by Victoria Wood’s Acorn Antiques.

Her Mrs Pleasant may not have a tray of macaroons which have been on a slow heat since Thursday but as she lurks in the wings, waiting for her turn, you half expect her to answer a phone before it rings. 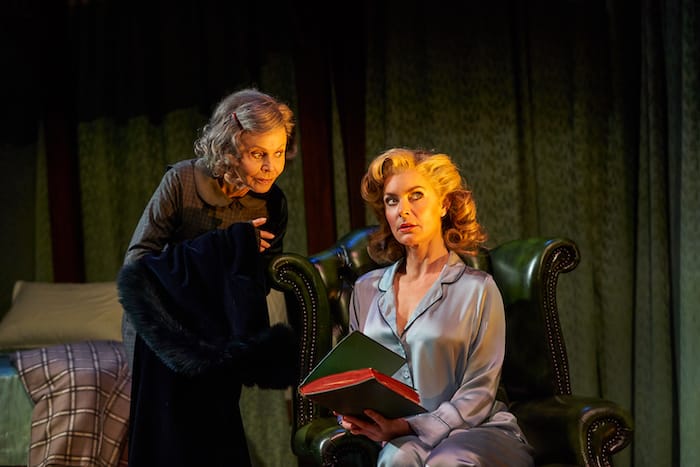 Antony Costa provides many of the play’s highlights, as he has natural comic timing, and he delights the audience on the night I attended as the bumbling vet.

Gary Webster plays a bruiser and this contrasts nicely with Ben Nealon’s luvvie, as the two of them are like chalk and cheese.

Priyasasha Kumari has some great lines about the British Empire and stolen goods and Tracy Shaw is no damsel in distress as a writer with secrets.

Eric Carte’s Crosby is the emcee, as he holds the will reading and the guests’ future is in his hands.

If you are expecting a thrill-a-minute page turner, you are likely to be disappointed. Carl Grose has adapted John Willard’s original text with the right amount of winks and nudges to the audience.

This means the cast ‘play to you’, which removes some of the stuffiness associated with old drawing room stage thrillers. 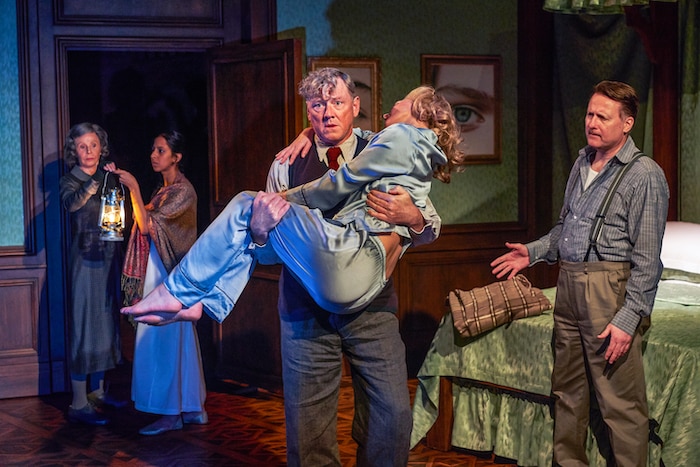 There are quite a few scenes where too much exposition is required and these only exist to fill in plot holes, but the effect is like trying to fill a crack in the pavement with cement on a pen. It takes too long and you are left wanting a little less conversation, a little more action, please.

There are many laughs to be had and some are unintentional (hands coming out of walls and a frightful wig which looks more like Rod Stewart than something to fear cannot help but muster up laughs instead of scares), and other moments are knowingly funny and many of these come from Ekland who dials everything up to ‘as camp as Christmas’ and it works a treat.

The Cat and the Canary is silly and at times the plot ties itself in so many knots, it undoes itself. But it has a knowing glee and the cast have a glint in their eyes and this means you leave the theatre purring.

The Cat and the Canary is at the Opera House until 30th October. Tickets are available here.