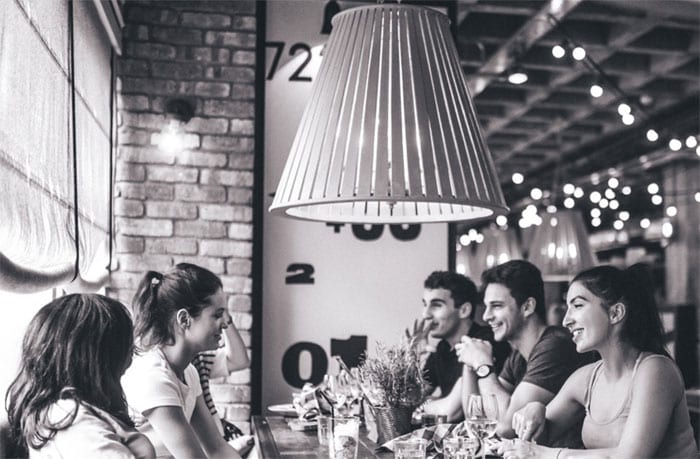 It’s been a few years since Artisan flung open its doors to the Manchester dining public revealing a vast concrete space filled with giant booths, even more giant lighting, a bar like I had never seen before and a thoroughly entertaining open kitchen.

On my first visit I was seriously impressed with the quality of the food, the presentation and how they had actually managed to fill such a huge space.

My next visit – and I confess here it was with Andrew Nutter so clearly I was distracted by his unique brand of madness – the place was still busy but I don’t really remember the food as I was laughing all the way through. And at the fact that we were attracting gossip being out together, with every food critic known to man seemingly out that night, too.

This time I was accompanied by someone more fearsome than a food critic – a drag queen. Admittedly not in his frocked up finery but the sharp tongue and acid wit never gets put back in the wardrobe.

We walked in and said hello to the host downstairs. I never quite know what is it that they do down there.  We reached the host and I can say right off the bat that the service from greeting to goodbye was top notch. Service is one of those things that I know a bit about in my line of work. I can often be very hard to please but on this visit, they were on point. 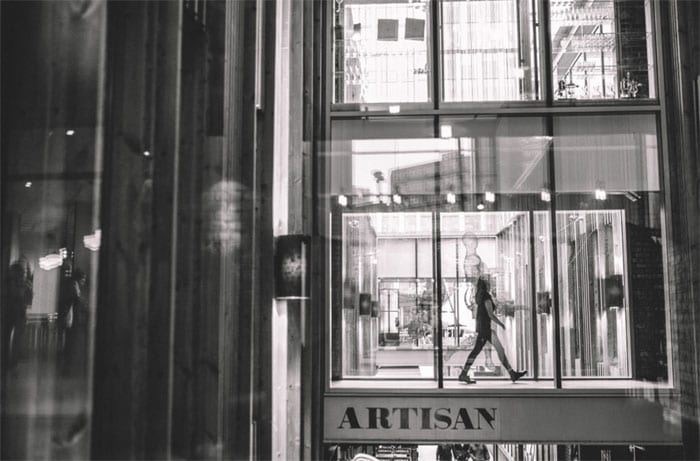 We were seated in one of Artisan’s sexy big booths and immediately greeted by our server Marius. We were offered the Sunday roast option but it was their new menu that I wanted to suss out and get my hands on!

First things first though – a cocktail. Russell (aka Miss Penny Crayon) chose a rather stunning looking and tasting Apple and Rosemary Martini, elegantly presented with a subtle sprig of rosemary. Being of a more sour nature, I opted for the Grapefruit and Berry. It was good. Very good.

Now back to that new menu. First thing I noted was how simplified it had become. I had felt with previous menus that Artisan had lost their way over the last couple of years trying to be all things to all people. The problem with trying to please all of the people is you end up pleasing fewer and fewer. It really is true that less is more. 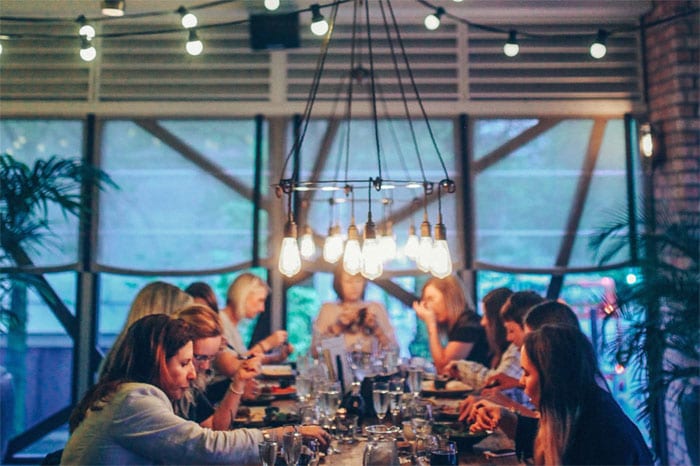 The new menu has been kept simple. Some of the more daring dishes I seem to remember of old are gone. The pizzas from the huge wood fired ovens are still very much front and centre. The emphasis seems to be on honest simplicity – something which I whole heartedly approve of.

We had some garlic flatbread as an appetiser with three different dips – smoked aubergine, guacamole ad hummus. The smoked aubergine dip looked a little unappealing as a dollop on the wooden board due to its colour -you get my drift? – but was tasty.

For the starters my eyes were immediately drawn to the pan fried gnocchi with radish, broad beans and edamame. It sounded rather fresh and healthy. Beans are good, right? As soon as I tasted it I didn’t care if it was good or not. It was delicious. The beans were crisp yet tender, the radish packed with flavour and the gnocchi just divine! Perfectly cooked with the just the right amount of bite but still soft and tasty. For me this was a damn good start. 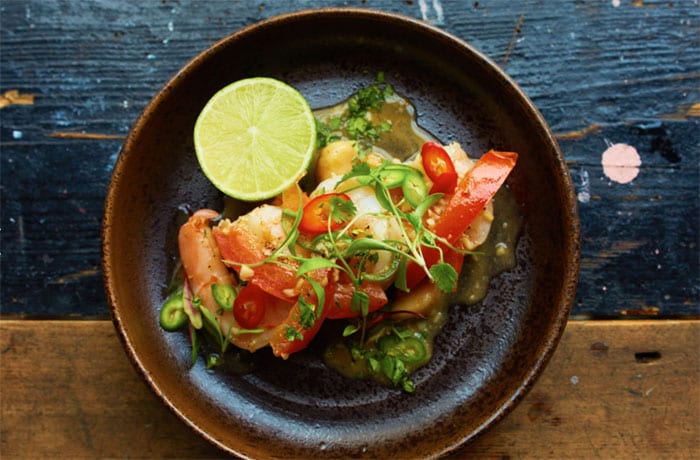 Russell/Penny opted for prawns roasted in garlic and coriander with tomato, chilli and lemon. A good size portion they were with all of the flavours working together rather than fighting against each other, nice and subtle with just the right amount of kick coming through from the coriander and chilli.

Whilst we had been chatting and sipping cocktails you could sense Marius wanted to see if we wanted wine. Silly question. We opted for the Johnson Estate Marlborough Sauvignon at £28 a bottle. Described as being ‘citrusy with flavours of gooseberries and grass’ I was intrigued. I love the smell of freshly cut grass but have never particularly wanted to drink it.

I needn’t have worried. This was everything you’d expect of a good Marlborough – and then some. Russell/Penny said it worked well with prawns balancing well with the heat. And she should know! 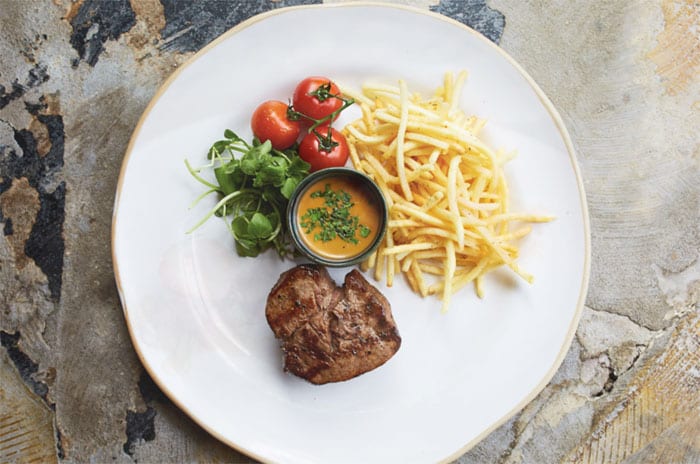 For the main event I chose to test the chef’s steak cooking skills and opted for the 8oz fillet. I’m not a ‘remove the horns and show it the grill’ kinda guy. I like my steaks a perfect medium. And when I say perfect medium I mean just that – plenty of colour, plenty of juices running but without feeling like I’ve clobbered the animal over the head with my club, dragged it back to my cave and am feasting on its flesh.

The chef didn’t disappoint. Juice, colour, it was all there! The garlic and herb sauce that accompanies it really could be bottled and sold. Delicious. The shoestring fries lacked a little oomph to go with the fillet but were inoffensive enough. A nice chunky triple cooked proper chip would have been great smothered in that sauce. 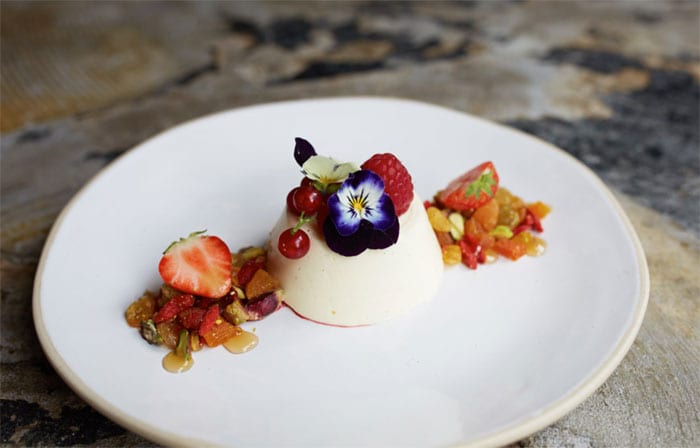 Dessert was always going to be tricky after all of that but just for you dear readers I pressed on and ordered strawberries with whipped lemon curd and crème fraiche. Oh my. This was sublime. The lemon had just the right amount of balance between light and bite. I admit they could have taken the stalks off of the strawberries but this could not detract from the best lemon type dish I had tasted all year.

After a very gracious goodbye from our waiter Marius and manager Calum, we drifted off out in to the night. This was on the whole a damn good experience proving that a new menu can set a restaurant back onto the right track. People will always be attracted to shiny new restaurants but if the established ones also deliver a high level of service, people will always come back – and I definitely will.