Revealed: the controversial proposals that could raise millions for cash-strapped council 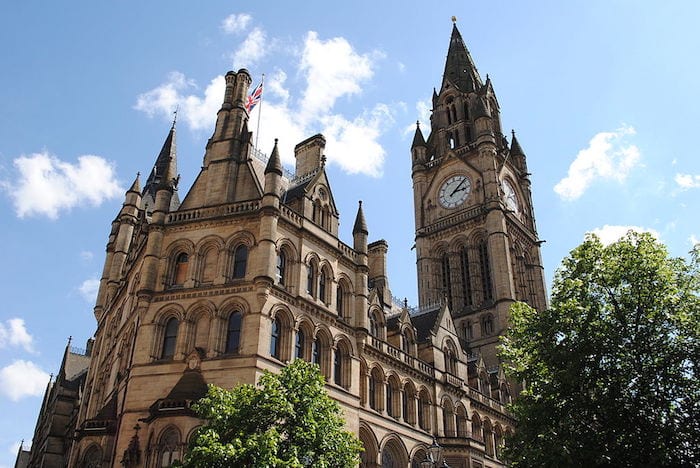 Plans to turn part of Manchester Town Hall into a boutique hotel may have been scrapped but there are plenty of other ways the council could address a budget gap caused by reduced government funding, an increasing population and inflation, according to a report councillors will be asked to consider.

The report by management consultants TWC lists over 200 measures which could generate millions of pounds for the cash-strapped council’s coffers, ranging from those which could save a few pounds to more controversial proposals

Low-hanging fruit includes switching lights off, turning down the temperature in council buildings and cutting the council’s procurement bill by buying quality used goods from reputable suppliers on ebay rather than new goods.

Emptying bins once a month could halve the cost of refuse collection, whilst charging admission fees to galleries would create another income stream.

Savings could be made to the council’s transport bill by replacing the limousine used to take the Lord Mayor to official engagements with a more economical vehicle such as a Fiat 500 or a Peugeot 106.

And the catering bill for committee meetings could be reduced by replacing premium sandwiches such as bacon, lettuce and tomato and roast beef and horseradish with those made with less expensive fillings such as cheese and pickle and salmon paste. Further savings could be made by using tea bags more than once and using salad cream instead of mayonnaise as a dressing.

The measures which would generate the most revenue are also the most controversial.

The sale of 300 acres on the eastern (Middleton Road) side of Heaton Park to a property developer could raise enough to fill the £32m black hole in the council’s budget and provide much needed housing.

Although a proposal for a small boutique hotel to be created in part of the town hall has already been rejected, the report says there is scope for further research into the potential commercial use of currently under-used spaces. This could include opening a museum of Manchester music in the town hall or turning the town hall into a 24 hour venue which could host concerts and raves.

A less drastic but no less controversial measure to generate much needed revenue would be to invite sponsorship of council assets by large corporations.

The report says “At a time when we are losing so much money from central government and having to make very difficult decisions about our services, we need to look at all potential revenue streams. The income generated from sponsorships could help us protect key services.”

It suggests the council should take a leaf out of the book of Manchester City and Lancashire County Cricket Club whose grounds are named after their sponsors.

“The history of sponsorship in football tells us that initially there might be widespread opposition to renaming some of Manchester’s best known landmarks, but most people would become quickly accustomed to it.”

It points out that when Bolton Wanderers’ new stadium opened in 1997, most  fans were opposed to the idea of it being named after Reebok, the club’s main sponsor. After a while, they got used to the name and took it to their hearts.

“The Emirates Central Library, The Kellogg’s John Rylands Library, JD Sports Southern Cemetery or The Betfred Manchester Town Hall may sound odd to us, but in 10 years time most people will take it for granted.”

A council spokesperson said: “The last few years have been very challenging for the council as we have had to deal with continuing cuts at the same time as increasing pressures on services. This has been exacerbated by unfair government funding settlements which have hit big cities such as Manchester the hardest.

“But we remain determined to do all we can, working with Manchester people and other partners, to continue to protect the vulnerable and give everyone the opportunity to share in the success of the city’s growing economy.

“This budget process underlines this partnership approach as we attempt to strike the right balance which, inevitably, still involves some difficult decisions.”