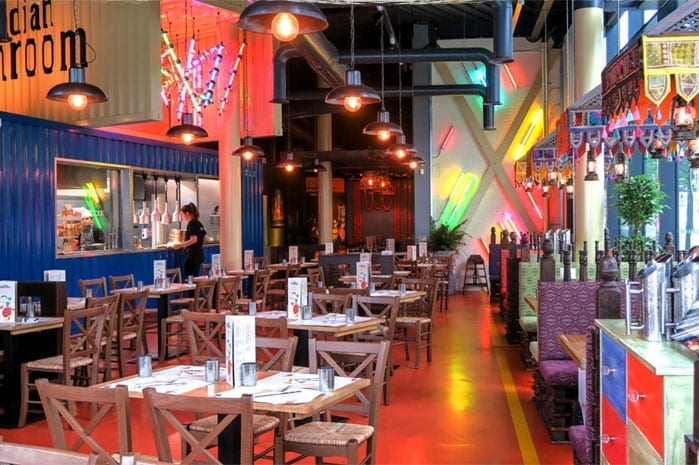 Has the delicacy of the food that was the hallmark of the original Indian Tiffin Room in Cheadle been compromised at its First Street big brother?

Three years ago, my perception of Indian food changed in the space of the 90 minutes it took to be gobsmacked – literally – by the food at the Indian Tiffin Room, a tiny 40-cover restaurant in a Cheadle back street.

Small it may have been, but its reputation had already spread far and wide to the extent that it was taking at least two weeks to get a weekend table and the chance of getting to eat without booking at any time was nil.

The reason for its popularity was simple. It was different, authentic and very, very good.

Here was an Indian restaurant that closed long before the pubs did and offered a menu that was mainly vegetarian, devoid of pappadoms and the fiery, heavily-spiced vindaloo and Madras curries traditionally slaked by copious quantities of lager.

In short, unless you had eaten at Indian Tiffin Room or grazed the bustling streets of Mumbai, it was a pretty fair bet you had never encountered the style of food before. It was quite delicious.

The little restaurant is still there in Cheadle and it still gets packed. But happily for lovers of genuine Asian cuisine, The Indian Tiffin Room has a big brother – almost three times the size – in a modern landmark building in Manchester city centre’s popular and fashionable First Street.

The elements that contribute to Indian Tiffin Room’s charm, a functional industrial setting decorated by colourful Indian street art and howdah-style canopies suspended over window tables, its bustling open kitchen and big paper menus doubling as tablecloths are still there, but on a much grander scale.

And best of all, the delicacy of the food that was the hallmark of the Cheadle operation, hasn’t been remotely compromised. If it’s your first time, helpful, knowledgeable multi-ethnic staff will help you negotiate the menu. 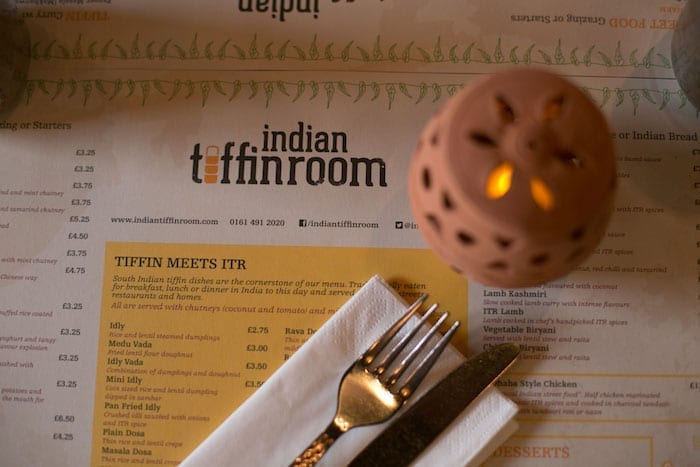 We started by grazing from the street food menu which doubles as the list of starters, choosing to share a tasting platter of puris from the “Veg Cool” selection.

Dahi puri and sev puri – two of each – comprised the most delicate puffed hollow pastry rounds, the former filled with potato and yoghurt, the latter with chopped onions, tamarind chutney and fine threads of pastry vermicelli. The advice is to pop them into the mouth whole for a flavour explosion and….wow!

The trio was completed by a pewter dish of bhel puri, crushed crispy pastry, seasoned potatoes and crunchy puffed rice coated in date chutney and garnished with mint and pomegranate; the most exotic and delicious rice krispies you could ever imagine. So far, so vegetarian and just £7.50. 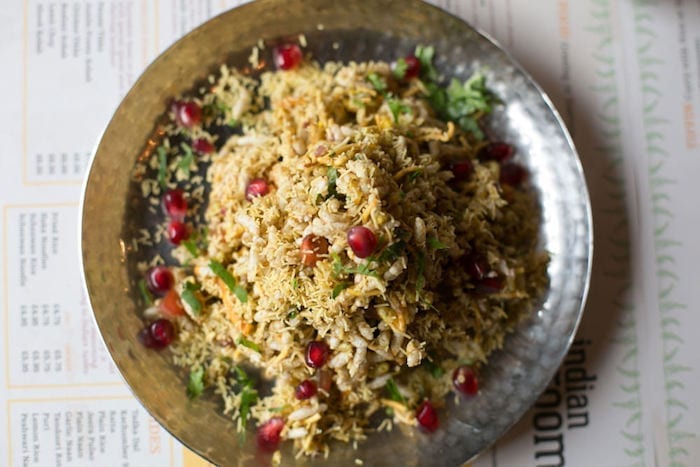 Next, from the “Non-Veg Warm” list, we shared a generous portion of chilli squid (£5.75), tender squid rings, wok fried in the Indo-Chinese style, with red peppers and onions and precisely-judged chilli heat.

Moving on to “Tiffin meets ITR”, a menu of south Indian snacks typically served in the street, in homes and in restaurants, we shared a £4.75 bowl of Mini Idly (tiddly idly, surely!), coin sized rice and lentil dumplings luxuriating in a gorgeous, south Indian tamarind-rich sambar sauce. Boasting a pleasing texture not unlike polenta, the big surprise was how light these little dumplings were.

We could have happily carried on with the snacks but the curry choices, limited as they are, were too tempting. 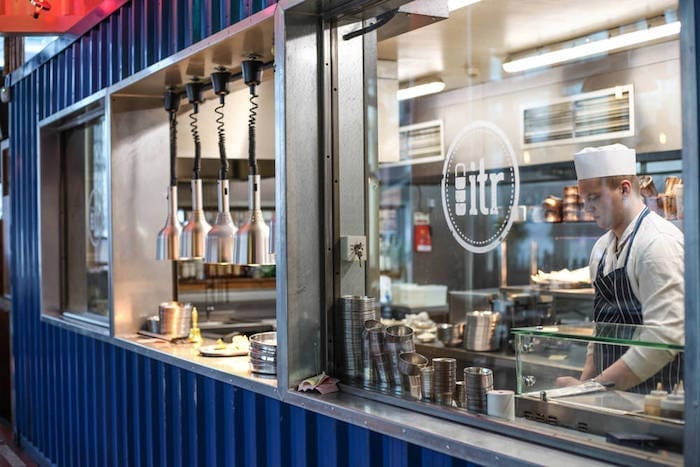 My Parsi Lamb (£9.75), meltingly tender in an aromatic recipe of Persian origin, rich with cinnamon, turmeric and tomato showed, as did the prawn dish, mastery in the deployment of spices, not for heat, but for flavour.

From a short, sensible wine list we drank an eminently quaffable Chilean sauvignon blanc for a modest £17.