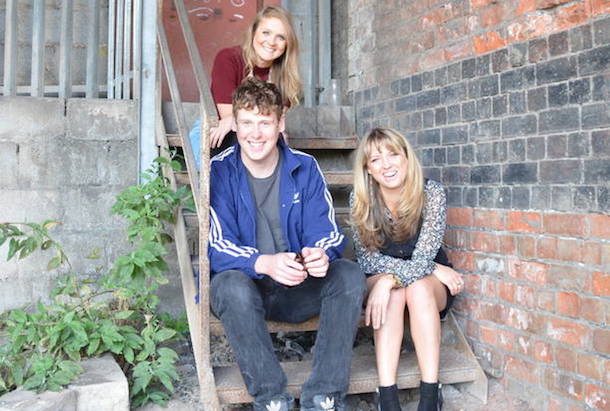 Part of the Spirit of Manchester festival, the night will be streaming live on reformradio.co.uk

Along with the art and music there will be a great bar, unsurprisingly stocked with some of the best craft ale around. There will also be free drinks on arrival courtesy of Old J Spiced Rum, as well as other launch giveaways and prizes throughout the night. The event takes place on Saturday 3rd October, 7pm – 1am.

Established in 2013 by three friends with a background in the arts, Reform Radio is a not-for-profit organisation that uses radio and music as an exciting way of engaging with young people aged 18-30.

The organisation works with these young people to help them develop new skills to find sustainable, long term employment. After graduating in the height of the recession, co-directors Jemma Tanswell, Sam Oliveira and Rachel Roger all have first hand experience of long-term unemployment and its effects.

One of its joint directors, Rachel Roger, said: “The response we received from our crowdfunder campaign has been truly overwhelming. With the money that was pledged, we’ve been able to build a new studio in the heart of the city centre and will be relaunching the station with a full online schedule of programmes from October.

“In addition to this, the donated funds will allow us to carry on the workshops we run with young people in various communities across Greater Manchester, allowing us to teach valuable skills to those looking for work and wanting to a pursue a career in the creative industries.”

Since its beginning, Reform Radio spent a year developing its social impact model before broadcasting began from a South Manchester basement in May 2014. Now, one year on and a move into the historic Old Granada Studios, Reform Radio is ready to relaunch with a world class roster of talent from right across Manchester.

Sam Oliviera added: “The progress we’ve made over the last couple of years has been phenomenal and we would not have been able to do it without the support we’ve had from the local community. The relaunch festival is an opportunity for us to say a huge thank you and to show people what we’re about. We’re really looking forward to welcoming everyone, showing them some fantastic talent and getting a chance to spread the word of Reform Radio.”

There will also be a line-up of spoken word from Thick Richard & Jack Galerex, Martin Viceral, Lucie LeClaire, Dave Viney, as well as a poetry slam hosted by Young Identity.

For a full schedule of the festival line up visit: www.reformradio.co.uk