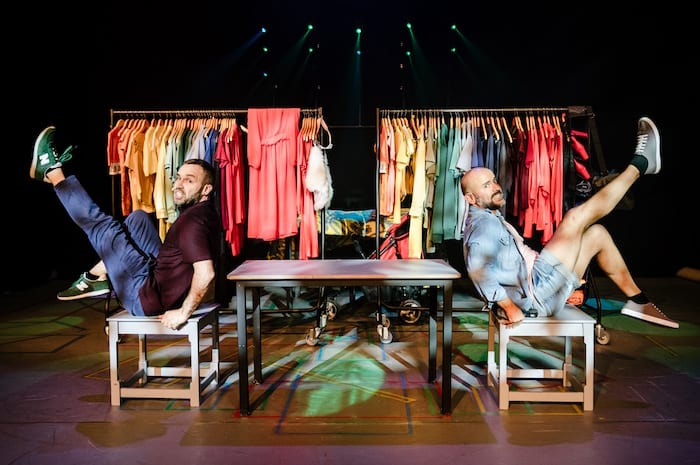 The Queer Contact Festival Weekender is an LGBTQ+ celebration of arts and culture which will run as a compact weekend festival on Friday 8th and Saturday 9th February.

The event will be spread across venues around the city and concludes with the multi-award winning Vogue Ball when vogue houses from around the UK compete in an ultimate dance-off.

Opening the festival will be a performance at The Lowry of No Kids, a show based on the experiences of real life same-sex couples and all the questions surrounding whether they should or shouldn’t have children – and the different ways they could have kids through adoption or surrogacy.

After the show there will be a talk with local people who have direct experience of the issues, including former Lord Mayor of Manchester Carl Austin-Behan who has just announced he and his husband are having a child with a female same-sex couple.

Another performance tipped to be a big hit during the queer weekender is poetry and spoken word event Outspoken. This year, young poet Mandla-Rae has put together a programme which will take place at the former Cornerhouse building on Oxford Street.

But according to Contact’s artistic director Matt Fenton, the biggest and most popular event of the weekend is the House of Suarez and Contact’s Vogue Ball which will close the festival at Manchester Academy.

“It’s always a sell-out and is a packed event,” says Matt. It’s an amazing visual spectacle with different vogue houses competing on a catwalk – so if anybody’s seen RuPaul’s Drag Race you get a sense from that of what it will be like.”

Contact and The Lowry Present: Ad Infinitum: No Kids

Should we have kids, or not? George and Nir are a real-life same sex couple trying to answer a question many of us face. Every consideration – adoption, surrogacy, co-parenting, the environmental impact of childbirth, the fears and anxieties, how the past affects parenting and much, much more – brings with it a succession of ethical challenges.

A stellar line-up of Mother’s Bloomers’ rising stars converging with some of your favourite constellations from the Mother’s Ruin universe. Expect a galaxy of irreverent and politically queer wit speckled in polished stardust spectacular.

A discussion with Contact staff, artists and young people about the future direction of Queer Contact as they reimagine the festival from 2020 onwards. Artists can find out about new commissioning opportunities for queer artists to create new work.

An afternoon of conversation between Glasgow/ Berlin-based live artist Nima Séne and curator Tuna Erdem from the Istanbul Queer Arts Collective discussing how experiences of otherness related to their queer, migrant and PoC identities shape their work. Curated by Alessandra Cianetti and Xavier de Sousa.

Mandla-Rae, Manchester poet and former young programmer, hosts Ella Otomewo, Billie Meredith, Maz Hedgehog and Bryony Bates for a celebration of Manchester’s queer women and non-binary artists. Produced by Contact. This event is supported by a grant from Superbia at Manchester Pride, in partnership with RAH! at Manchester Met.

Club culture meets high art, as vogue houses come together from far and wide to compete for dance supremacy in a catwalk spectacular reminiscent of 1970s/80s New York at its most glamorous.

Read More »
September 28, 2020
PrevHave you read?8 ways to celebrate Burns Night in Manchester from pipers and poetry to whisky and haggis
Next read...Patisserie Valerie in administration – these are the Manchester closuresNext