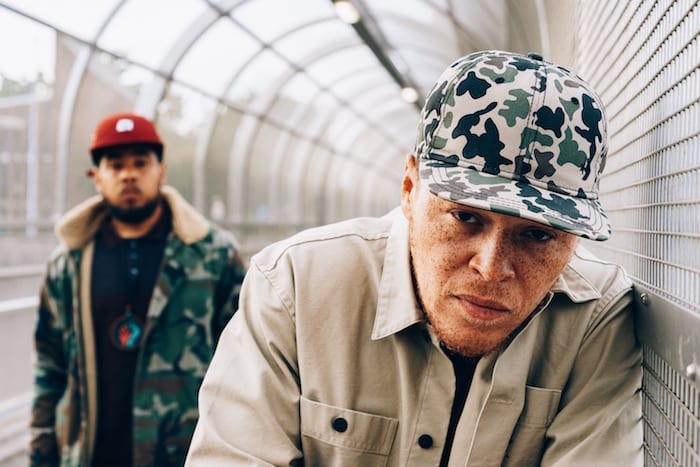 Without a doubt, neo-soul is having a moment in Manchester. Over the past couple of years, we’ve seen a huge rise in the number of talented local young artists making the move into soulful territory.

The most iconic names on this circuit have to be Tyler Daley and Konny Kon, aka Children of Zeus. Bucking the trend set by bass-heavy locals such as Dub Phizix, Chimpo, Zed Bias and Levelz, they have pioneered the rise of soul music in Manchester after nearly a decade spent pushing the envelope.

Both established artists in their own rights, they’ve seen it all and have every T-shirt to prove it. Konny Kon is a DJ, emcee, and beatmaker best known as one-third of Broke’N’English alongside local legends DRS and Strategy.

Tyler went from being a respected emcee and actor to one of the most in-demand soul singers of recent times, lending his vocals and writing credits to music from Goldie, LSB, Soul II Soul‘s Caron Wheeler, Lenzman, Lisa Mafia, Bugsy Malone, and more.

Finally, after eight years of writing and recording together under their C.O.Z. moniker, the pair have put out their first full-length release – and we couldn’t be more excited. 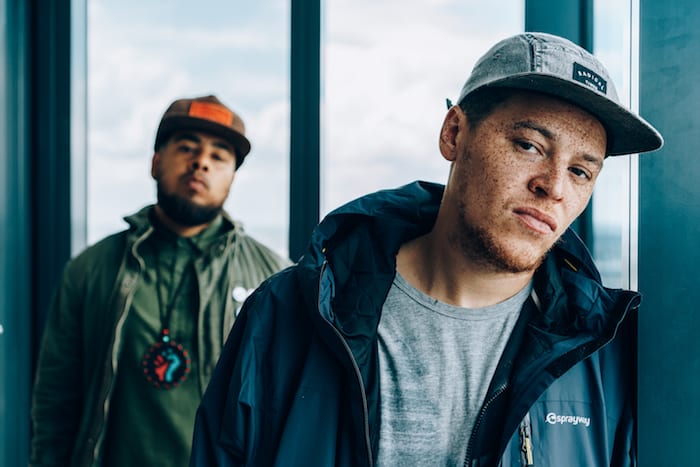 We’re really happy you finally put this music out. What took you so long?

K: To be honest it has and it hasn’t taken a long time. A lot of people don’t realise but most of this music on the EP has been out on SoundCloud for years and what happened was people who were up on it wanted it on vinyl/Spotify/iTunes etc and it was best to put all those songs together in one place.

T: That’s why it ended up as ‘an album’ but the actual real album is coming next year.

Crown’s an incredible song and was made in a kitchen. Which other room do you think would make the best song?

K: I find I write all my best music in other people’s bedrooms

You’ve both been around on the scene for a long time and have put your names to quite a few different genres, but when we listen to you as Children Of Zeus it sounds like a perfect fit. What is it about the music you’re making now that is special to you?

K: I think we stopped chasing what we thought people wanted and made what we knew was true to us.

T: Once we both realised we were pretty much on the same page influence wise it just made sense to follow the traditions of soul/hip-hop/jazz/reggae and respect what came before but keep it fresh for now.

You’ve been pioneering this style of music for almost a decade. What do you think it is now that is making people prick up their ears?

K: I think a huge part of it is we caught a lot of hip-hop heads and from the Still Standing remix, the drum & bass world took notice and for people who were unsure of where to start when it came to soul music this was a gateway into digging deeper for them. I also think there are others who walk the hip-hop/soul line but just do it without any balls and it’s all lovey-dovey and soft whereas our music has a bit more edge to it. But you’d probably have to ask people who listen to it over us as what do I know.

What do you think of all the young soulsters coming out of the city in the past few years?

T: Love it. It’s nice that it isn’t how it was when we were younger and really competitive. Most of us come together and support each other and the talent is ridiculous compared to when we came up.

Which up and coming artists would you tip for us to look out for in Manchester right now?

It seems like it’s been a really busy year for you guys. What’s going on the highlight reel?

K: You know what, initially we had our reservations of releasing The Story So Far as we didn’t want people to think it was our debut album. But it’s probably the best thing we did. People seem to love it and the love has been overwhelming. Apart from that just seeing the world and getting on planes to places we wouldn’t have gone without music.

Finally, what’s next? How long do we have to wait for an album?

T: When people stop making us do collabs for their albums we can get back to doing ours!

K: I’ve handed my notice in for my day job so I just need to go and write lyrics for all the songs Tyler’s already recorded while I’ve been going on Facebook at work. So hopefully have it finished end of the year or early next year and then it’s the usual few months of waiting for it to come out.

Catch Children of Zeus this Sunday at Eastern Bloc Records from 3pm.