The Doug Barrowman Centre is located at Beehive Mill in Ancoats, the former home of iconic nightclub Sankeys. The site has been redeveloped by Manchester-based regeneration specialists, Urban Splash.

The new facility will build on the Prince’s Trust’s existing presence in Greater Manchester and significantly increase support for unemployed young people in the area, connecting them with even more opportunities to develop the confidence and skills they need to get into work, education and training.

Plans for the centre were drawn up in collaboration with a young person-led design group to ensure the creation of a vibrant, inspirational and innovative space in which young people can connect and thrive. 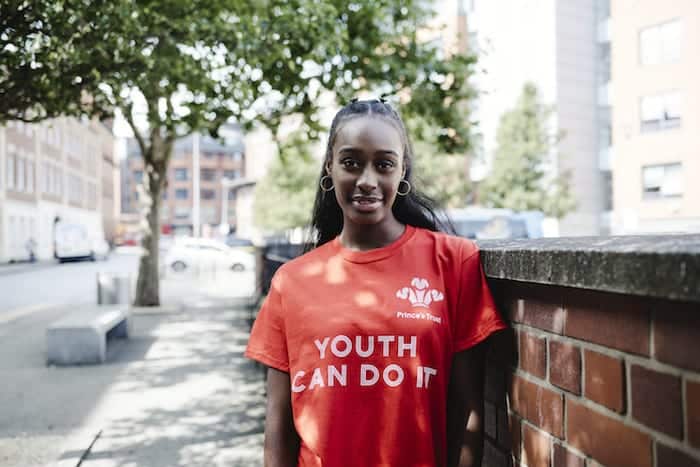 The Manchester project follows the opening of new centres in Glasgow, Newcastle and Birmingham, and further demonstrates the charity’s vision to support young people in their local communities.

Founded by The Prince of Wales in 1976, the charity supports 11-to-30 year-olds who are unemployed, struggling at school and at risk of exclusion.

Many of the young people helped by the trust are in or leaving care, facing issues such as homelessness, mental health problems, or have been in trouble with the law. The programmes offered by the charity give vulnerable young people the practical and financial support needed to stabilise their lives, helping develop self-esteem and skills for work. Three in four young people supported by the Prince’s Trust move into work, education or training.

The trust says the launch of the new centre comes at a time when many young people in the area are feeling apprehensive about their future prospects.

Its 2019 Youth Index report, which measures the happiness and confidence of young people across the UK, revealed that more than a third of young people in Greater Manchester don’t feel in control of their lives and almost three quarters say their generation is less certain about future employment than their parents’ generation. 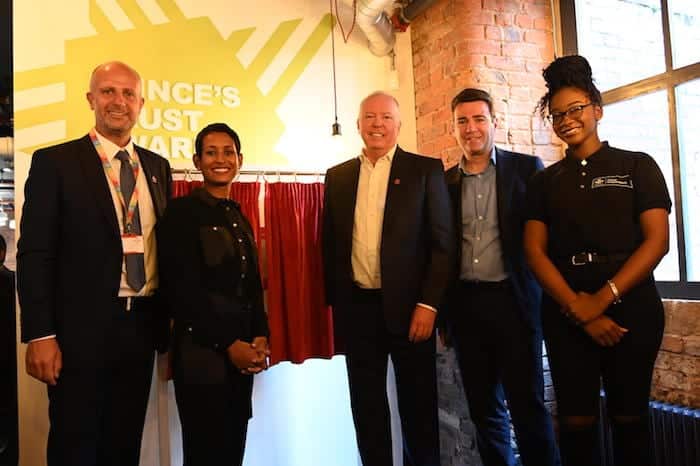 Clare Crabb, the Prince’s Trust regional director for the North of England, said: “We are thrilled to open the doors of this new centre in Manchester, which will enable us to increase the number of programmes we run in the heart of the city and across the region.

“At The Prince’s Trust, we believe that every young person should have the chance to succeed, and this flagship hub will give even more young people across Greater Manchester the opportunity to make the most of their talents and take the next steps in their education or career.”

“Organisations like The Prince’s Trust, with a track record of empowering young people to transform their lives, help enormously. This new centre is a really positive step for the region and I can’t wait to see the outcomes it brings.”

Doug Barrowman, the Scottish billionaire businessman and philanthropist whose partner is Baroness Michelle Mone, founder of the Ultimo lingerie company,  donated £2 million to the centre through The Barrowman Foundation.

He said: “The aim of the Foundation is to support charities that reach those young people within society who are most in need of support. I have been aware of the work of the Prince’s Trust for a long time now and our shared values make them an obvious fit.

“This new centre will enable the trust to give even more young people in Greater Manchester the chance of a better future and we are proud to be playing a part in that.”

Three in four young people supported by the Prince’s Trust move into work, education or training. 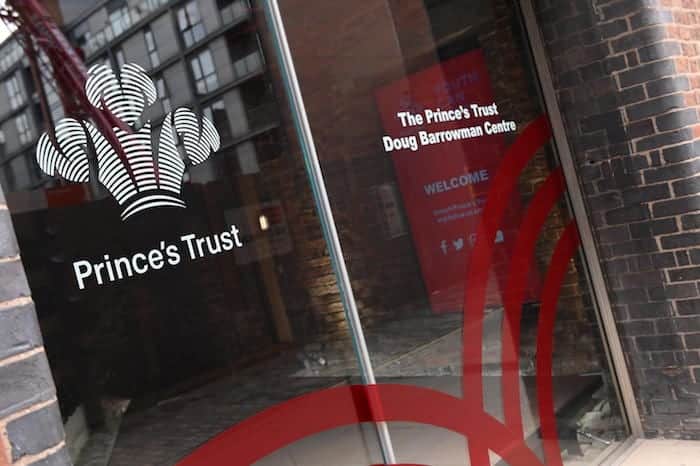 Those present at the launch included Rachel, now 24, from Manchester, who started her luxury ethical womenswear brand, Careaux, with the support of the Prince’s Trust Enterprise programme. She set up the business with her sister, Laura, who has cystic fibrosis and is currently waiting for a double lung transplant.

Both are passionate about championing disability and entrepreneurship. Through Careaux, Rachel has won a string of awards including the Barclaycard Everywoman in Retail Innovator Award last year.

Cherie, 21, lives in Manchester but is originally from the Democratic Republic of the Congo.

Her mum died when she was 18 and she has experienced unemployment, isolation and lack of motivation but with the support of the Prince’s Trust team and Get into Healthcare programmes, she is now in a much better place and hopes to study sociology and psychology at university.

Noor, 29, who lives in Altrincham, struggled to make friends when she was younger. She moved to London after university but, as she could only find work as an unpaid intern, she returned to Manchester and joined The Prince’s Trust enterprise programme for help with setting up her business, Seaworthy Consulting.

Shannon, 18, from Blackburn, often felt isolated and low in confidence growing up. Bullies targeted her throughout her school years.

She dropped out of college after two weeks due to her low confidence, but the Prince’s Trust team programme gave her the confidence to become Chair of the NCS Blackburn Youth Board – supporting other young people aged 15-17 – and a Young Ambassador for The Prince’s Trust.