Manchester is famed for many things – football, the Hacienda, the Stone Roses. The parka coat comes from Manchester, too. The infamous coat has been made fashionable again by style icon and musician Liam Gallagher who famously said: “Not a lot of people look cool these days – like my cool. Everybody plays it down, don’t they?”

“Clothes and music are my passion. there’s a lack of stuff out there of the things I would wear.” Liam Gallagher

With such an attitude towards apparel it is no wonder that Liam decided to launch his own clothing brand, enabling every fan worldwide to get their hands on a little piece of his Mancunian ‘coolness’.

The label, which last year took home the title of ‘Best New Breakthrough Brand’ at the WGSN awards, was named after a song by The Jam and was launched in 2009. As you might expect, it is heavily influenced by music and embodies the artist’s own personal style with distinct nods to The Beatles (who were one of Oasis’s biggest influences), mod revival and authentic military style.

The brand now has 11 UK stores with the Manchester store regularly being used as a gig venue for bands such as the Inspiral Carpets, up and coming band The Kings and Liam’s own band, Beadyeye. They also have a store in Japan with further international openings planned.

With a quintessentially English vibe, the collections are composed of trademark pieces such as desert boots, mac overcoats, branded polo shirts and a selection of  scarves with the odd capsule collection thrown in, designed by fellow rock stars such as Paul Weller.

“I enjoyed designing my first capsule for Pretty Green and wanted to continue the collaboration by designing a larger range and taking in tailoring, coats, shoes, knitwear, and jersey wear that will last from now through till next spring,”  says Paul. 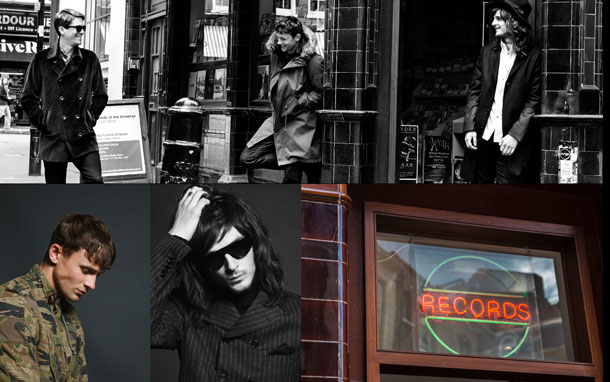 “I have taken my inspiration from the 60s and 70s and have reflected my own style in the collection. Although the price points cannot be described as cheap (a polo shirt costs £55+),  they do bridge a gap between high street and designer prices, allowing the label to still be accessible to the hordes of fashion hungry fans who want the style but cannot pay out of their nose for it’.

As Liam says: “Clothes and music are my passion. I’m not here to rip anyone off and I’m not doing it for the money either. I’m doing it because there’s a lack of stuff out there of the things I would wear.” 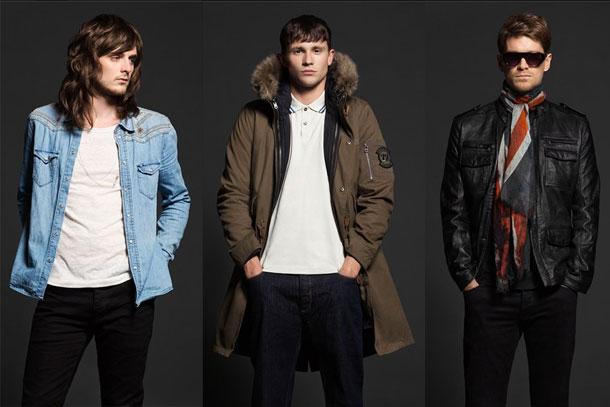 With a focus on timeless, classic pieces in luxurious fabrics, another signature item in the collection is the parka jacket, priced at £135 for a plain version or £295 with fur and a hood. Steeped in Manchester history and with the cold winter setting in, the parka is set to be the new sell out item of the collection for style conscious music followers.

“You’ve either got it or you haven’t.”

Unsurprisingly the brand has now achieved cult status and fans travel far and wide to pick up items from the range.  We know of one hardcore fan who recently phoned every store in the country to try and get hold of the coveted British flag scarf who ended up travelling all the way from Manchester to Nottingham to pick one up. With train tickets on top of the £120 price tag, the scarf ended up costing him £160 and a whole day of travel – but in his opinion this was a small price to pay to get his hands on a piece of Pretty Green heritage.

Whatever you think of Liam, whether you think he’s a musician, entrepreneur, style icon or just a Mancunian loud mouth, there are few artists who have the energy, talent and creativity to balance a successful musical career with a fashion brand. Liam has certainly made his mark in both worlds and Pretty Green does a damn good job of fusing these influences to create iconic clothing for the fans. As Liam says: “You’ve either got it or you haven’t.” It seems that he certainly does!

To find out more about Pretty Green please visitwww.prettygreen.com or watch the video to check out their new Autumn/Winter 2013 collection.