Police officers and community workers who helped victims and their families in the wake of the terror bomb attack on the Manchester Arena in May 2017 have been recognised in the Queen’s New Year Honours List.

They include Detective Chief Inspector Teresa Lam, Greater Manchester Police’s Family Liaison leader who played a central role in supporting those affected by the attack on Ariana Grande concert goers which left 22 dead and hundreds wounded and traumatised. 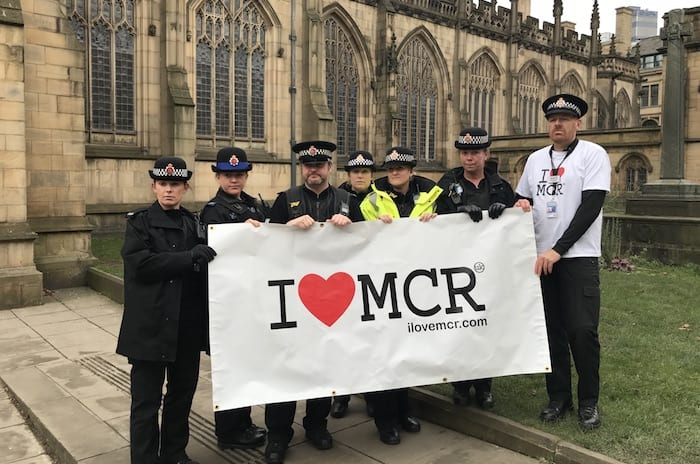 DCI Lam is awarded the British Empire Medal for services to policing and the community in Greater Manchester. The 44-years-old from Preston led a team of 80 specialist officers providing personal support to families of the victims, was a key link between the police investigation and health service professionals and helped families to access the We Love MCR Emergency Fund.

She told the Manchester Evening News: “Receiving this recognition is a significant moment in my personal and professional life. It’s a huge privilege, and one for which I am truly honoured. However, I will never forget those who have suffered and to whom I remain dedicated to continue to support. I am immensely proud of my Family Liaison team who also worked tirelessly to provide support to those affected.” 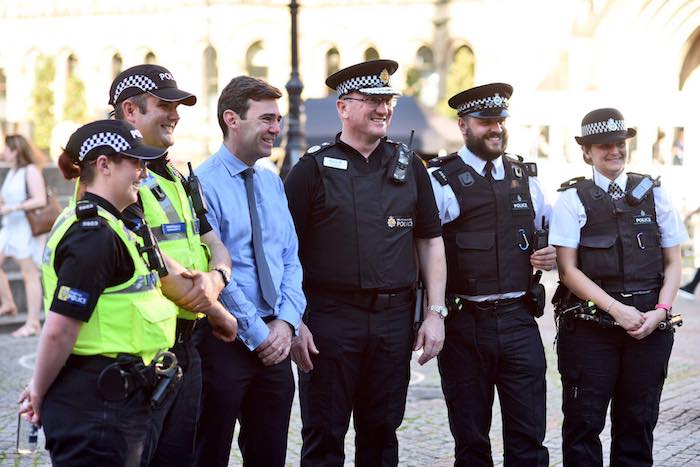 Robert Gallagher, Police Staff Forensic and Digital Investigations manager, North West for Greater Manchester Police is recognised with the award of an MBE for services to policing and to the community in Manchester.

He has worked in forensic services since 1997 but receives the award for his work in managing the forensic response after the Manchester Arena terror attack including task of disaster victim identification.

Special Sergeant Jared Simpson, a detention officer with Greater Manchester Police, Jared received the British Empire Medal for services to policing; he was one of the first GMP officers on the scene in the immediate aftermath of the Arena attack. He said: “It’s an absolute honour to be recognised in this way and I’m truly humbled. My first thought is always for the victim or victims that have been affected by whatever I am dealing with, and they will always be my first priority.”

Chief Inspector Dale Sexton, one of the force’s duty officers responsible for the initial management of critical incidents across the force, co-ordinating GMP resources as well as other forces and agencies received the Queen’s Police Medal. He was on duty on the night of 22 May 2017.

Chief Inspector Sexton said: “The response to the attack was a team effort and I was just part of that team. It is an honour to be recognised in this way; however, I regard this as a reflection of the exceptional courage everyone displayed that night. My thoughts will always remain with the victims and their families.”

Rabbi Warren Elf, Bury is awarded an MBE for services to the community in Manchester. He played an important role as a faith leader in Greater Manchester, and has been instrumental in developing strong links between people of different backgrounds, ethnicities and faiths. In the immediate aftermath of the Arena attack, he attended the strategic emergency meeting at Manchester Cathedral, and was involved in planning community responses with Manchester City Council and other agencies including Greater Manchester Police.

Rabbi Elf was also one of the architects, along with Muslim and Sikh colleagues and the Dean of Manchester, of the service of remembrance at Manchester at Manchester Cathedral on the first anniversary of the bombing. The Dean himself, The Very Reverend Rogers Morgan Govender, is also awarded an MBE for services to interfaith relations and to the community in Manchester.

Munich air disaster survivor Harry Gregg, the former Manchester United goalkeeper who courageously returned to the burning wreckage of the stricken aircraft and helped pull others to safety, receives an OBE for services to football.

Sean Brian Anstee, former leader of Trafford council and candidate in the Greater Manchester mayoral election has been recognised for services to local government with the award of a CBE along with Andrew Henryk Fender, one of Manchester’s longest serving transport chiefs and relentless campaigner for Metrolink, who stood down last March after 41 years as a Labour councillor.

Elizabeth Denham, who was appointed Wilmslow-based Information Commissioner, is also awarded a CBE.