A new exhibition of photography pinpointing key moments in Manchester’s music history goes on display in Ancoats this week.

It features work by Manchester photographer Richard Kelly, a lecturer at Manchester Metropolitan University whose work has featured in Dazed, Vice and Rolling Stone.

His first ever solo show, Selected Music Works: 1999-2019, will feature over twenty photographs and span two decades of music history, giving music fans a rare glimpse behind the scenes as Kelly lays bare his life on tour as a commercial photographer.

Backstage shots going on display include the Arctic Monkeys leaving Old Trafford in 2007, Amy Winehouse hanging out whilst supporting them, and John Cooper Clarke at a Manchester gig in 2005.

The new exhibition looks at the evolution of the UK music scene from 1999 to 2019, featuring behind-the-scenes shots of some of the industry’s most famous faces alongside MCs and rappers from Moss Side – a current personal project of Kelly’s.

One key piece going on display is Kelly’s Free Ian Brown, taken in Longsight in 1998 whilst the ex-Stone Roses singer was being held in Strangeways.

It’s significant in more ways than one, having been taken by Kelly on his first professional camera whilst riding past on his bike.

But that graffiti scrawl also offers a glimpse into local feeling about Brown’s sentencing back then.

The rock star was arrested for ‘threatening behaviour’ on an airplane and sentenced to four months in prison, with the judge at the time reportedly warning “every unruly air passenger will be locked up – regardless of who they are.”

Asked about how he was treated, Brown later told the Guardian: ‘”In the holding rooms the jailer went, ‘I can’t jail him. I’ve seen him at the Hacienda. I’ve seen him at Blackpool.’ They had to get another guy to do it.

“The last day when they let me out, the lads were running up and down hugging me, saying, ‘Go make a million,’ ” recalls Brown with a smile. “‘Go sing your heart out.’ The love that they were giving me was unbelievable. I was choked.”

Free Ian Brown will be available for closed bids at a private preview on the 14th November at Colony Ancoats.

The exhibition is free to attend and open to the public until Tuesday 14th January 2020. A private viewing and closed bids will take place on Thursday 14th November. 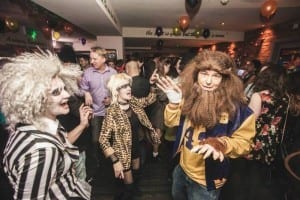 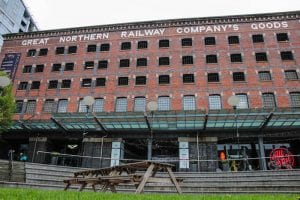 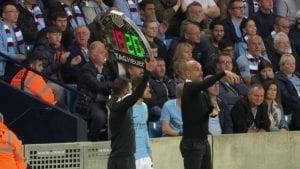