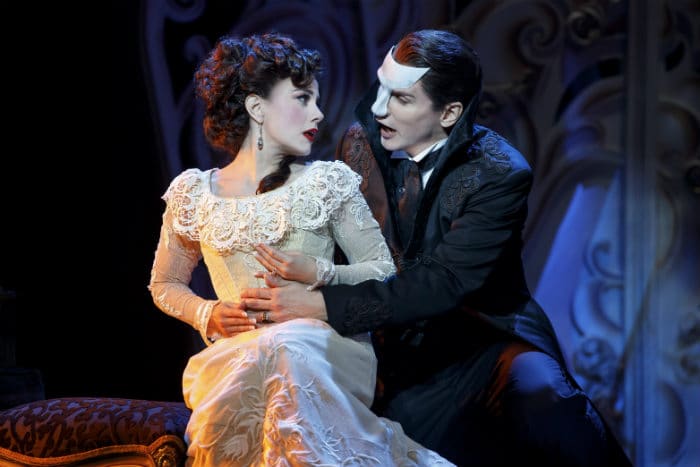 Following on from a sell-out North American tour, the spellbinding sequel to The Phantom of the Opera will play Manchester Opera House this October.

It’s the first ever UK tour for Love Never Dies, which has music by Andrew Lloyd Webber and is based on The Phantom of Manhattan by Frederick Forsyth.

This production of the show was first seen in Australia before embarking on a hugely successful tour of North America, and received acclaim from both audiences and critics alike.

The year is 1907. It is 10 years after his disappearance from the Paris Opera House and the Phantom has escaped to a new life in New York where he lives amongst the screaming joy rides and freak shows of Coney Island.

In this new, electrically charged world, he has finally found a place for his music to soar, but he has never stopped yearning for his one true love and musical protégée, Christine Daaé.

Now one of the world’s finest sopranos, Christine accepts an invitation to travel from Paris to New York to perform at a renowned opera house.

Christine’s marriage to Raoul is suffering at the hands of his drinking and gambling and they desperately need the financial rewards that America can give them.

In a final bid to win back Christine’s love, The Phantom lures her, Raoul, and their young son Gustave, from Manhattan to the glittering and glorious world of Coney Island, not knowing what is in store for them.

And if you want to catch up with the original story first, Andrew Lloyd Webber’s hit musical The Phantom of the Opera is heading back to Manchester for an epic ten-week run this Spring.

The award-winning show, which tells the story of a “phantom” that haunts the Paris Grand Opera House and falls for gifted young soprano Christine, is heading back to the Palace Theatre in Manchester from 26th March to 30th May 2020.