Many years ago when I was living in London I worked in a theatre on Old Compton Street in Soho. Soho was notorious for its clip joints where scantily clad young women would stand outside luring men into cellar bars where they would be charged a fortune for a pint of beer.

“…my worst fears were realised. Their cakes were too good to resist.”

But the biggest temptation for me was the daily walk past an exotic looking cafe called Patisserie Valerie with its window display of the most delicious looking cakes I had ever seen.

It was easy to understand why Patisserie Valerie’s original premises had been bombed by the Luftwaffe during the Second World War. The Nazis clearly wanted to destroy one of London’s most important and highly-prized assets.

Eventually, I gave in to temptation and my worst fears were realised. Their cakes were too good to resist.

I managed to get out of London and eventually returned to Manchester where I have been residing for the last 15 years or so.

Unfortunately, a couple of years ago, a Patisserie Valerie cafe opened on Deansgate next to Waterstones where Holland and Barratt used to be.

And I have resisted the temptation to go in despite the window display of the most tempting cakes I have seen since moving back to Manchester.

Until today. Having enjoyed a delicious cheese and onion pie for lunch at 47 King Street West (I forget the exact address but it’s opposite San Carlo), I gave in to temptation once again.

It was 3 o’clock and busy but before I had the opportunity to turn round and leave, a waitress took me to a table at the back of the room.

There’s more to Patisserie Valerie than meets the eye. The window display of cakes is simply to lure innocent passersby inside. 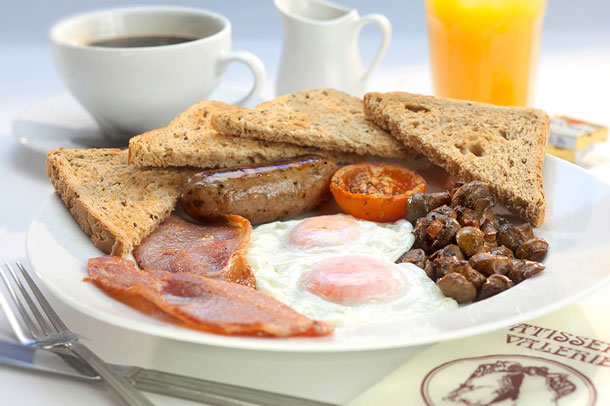 All their cakes are handmade daily using only fresh ingredients and traditional baking methods and each one is a little work of art. I could quite easily have ordered one of each of the dozen or so which were available but neither my wallet nor my calorie counter would allow it.

It was like being a judge at a beauty contest. Should I choose the strawberry gateau or the chocolate mousse? The profiteroles or the fresh fruit tart? Each cake was delectable in its own way. 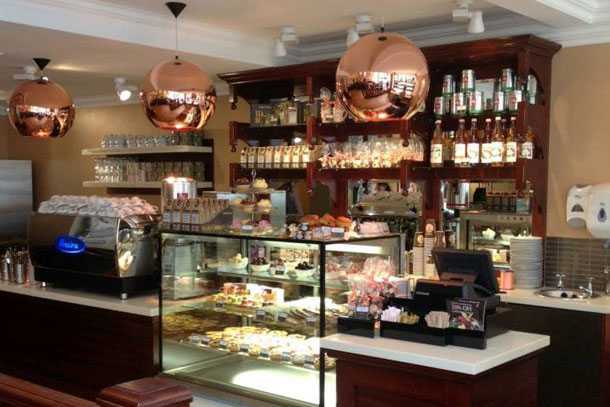 My ginger companion and I ordered a mille feuille and, on the recommendation of the waitress, a selva.

A mille feuille (£2.95) looks a bit like a vanilla slice’s better looking brother – layers of puff pastry filled with a custardy cream decorated with fondant icing. It was delicious.

The Selva (£2.95) is a gateau and clearly a member of the Black Forest family but rather more elaborate consisting of chocolate sponge layers filled with whipped cream, zabaglione custard and fresh fruits. Perfect for a gateau lover. 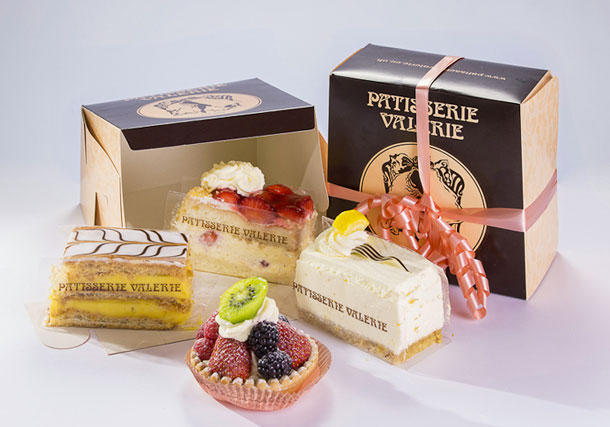 Patisserie Valerie is perfect if you’ve had a workout in the gym or feel you are in need of a treat or reward. But it’s probably best avoided by anyone who’s on a diet.