The rumours are true. Parklife 2015, one of the UK’s biggest music festivals, is delighted to confirm it WILL return to Heaton Park, Manchester – on Saturday 6th and Sunday 7th June 2015.

“2015 will see the launch of
a dedicated community
impact taskforce…”

Catering to over 140,000 music fans, the festival will once again showcase a selection of chart-topping live acts and world class DJs right in the heart of Manchester. With previous headliners including Foals, Snoop Dogg, Bastille, Plan B and Disclosure, Parklife’s thoughtfully crafted 2015 line-up is already shaping up to be as inspired as ever.

Having launched back in 2010, Parklife is curated by the same set of promoters behind Manchester’s game-changing series The Warehouse Project, who have adapted the festival year on year to make it one of the UK’s most significant music events – all set in the iconic surroundings of Heaton Park. One of the largest parks in Europe, Heaton Park has allowed Parklife to grow from a one-day event to a full weekend festival, with its sold-out 2014 edition attracting crowds of well over 140,000 people. 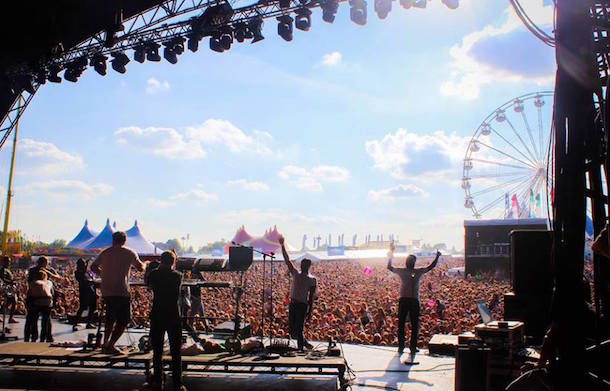 Having already received unprecedented demand for 2015 tickets via the festival’s pre-registration system, Parklife’s fifth anniversary aims to deliver their best year to date. With the festival committed to improving the festival’s effective management system, 2015 will also see the launch of a dedicated community impact taskforce. Comprised of Manchester City Council, Greater Manchester Police and the Parklife Organisers – and supported by neighboring local authorities – the taskforce will be responsible for implementing additional security measures to reduce crime and anti-social behaviour in areas surrounding the park.

With regards to the Taskforce, Event Director Jon Drape said:

“Parklife Festival values the views of the local community and takes on board the feedback from last year. Through setting up the Community Impact Taskforce and working closely with the Local Authorities and Greater Manchester Police, Parklife Festival aims to strengthen its relationship with the surrounding area and minimise any potential negative impact from the festival, as well as generating greater benefits to local businesses, colleges and charities.”

With momentum continuing to build, keep an eye out for the first series of line-up announcements over the coming weeks.