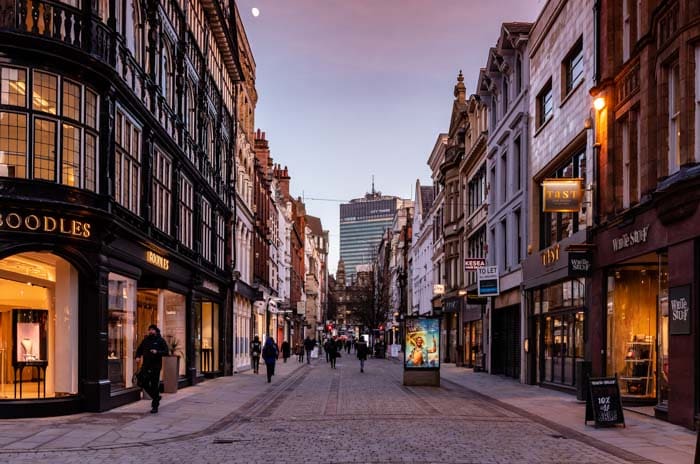 COVID-19 has cost businesses in Manchester city centre 41 weeks’ worth of potential takings – almost a year’s worth – since March 2020.

This is according to Cities Outlook 2022 – Centre for Cities’ annual economic assessment of the UK’s largest urban areas.

Manchester’s lost sales are the biggest of any city or town centre in the North West and the sixth biggest in the country.

The share of vacant commercial units in Manchester city centre has also increased during the pandemic and now stands at 14.6%. This means that more one in ten stores in the city centre are now sitting empty.

Across the North West, businesses in Wigan and Preston city centres are also among the worst hit. Meanwhile, Burnley’s city centre lost the fewest weeks of sales (eight weeks) in the North West during the pandemic – making it the least affected in the country

Nationally, COVID-19 has cost businesses in city and large town centres more than a third (35%) of their potential takings since March 2020, with central London, Birmingham, Edinburgh and Cardiff worst affected. 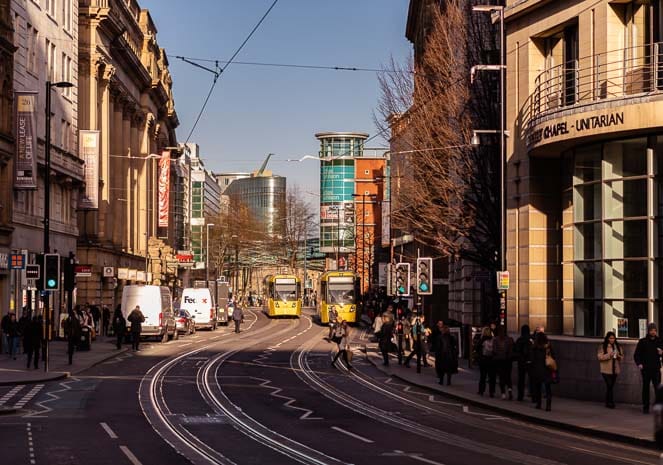 High streets in economically weaker places have been less impacted by COVID-19, says the report. Meanwhile in economically stronger places, business closures increased during the pandemic.

This suggests that the government’s COVID-19 support successfully stalled the decline of many struggling high streets but was less effective in economically stronger places due to higher rents and a lack of custom from office workers.

That said, while stronger city centres have borne the economic brunt of the pandemic, their higher levels of affluence mean that, if restrictions end and office workers return, they will likely recover quickly.

Meanwhile, while government support has sheltered weaker places, it may have simply stored up pain for the future. The report warns that many less prosperous places face a wave of new business closures this year.

To avoid permanently levelling down Manchester city centre, policy makers should run campaigns to encourage leisure visitors back when safe to do so and provide part-time season tickets to encourage workers back to the office, says the report.

This means investing in skills and ways to strengthen the wider local economy to increase money in shoppers’ pockets, rather than on ‘cosmetic’ quick fixes such as hanging baskets and painting shop fronts.

“While the pandemic has been a tough time for all high streets it has levelled down more prosperous cities and towns,” said Andrew Carter, Chief Executive of Centre for Cities.

“Despite this, the strength of their wider local economies means they are well placed to recover quickly from the past two years.”

“The bigger concern is for economically weaker places – primarily in the North and Midlands – where COVID-19 has actually paused their long-term decline.

“To help them avoid a wave of high street closures this year the government must set out how it plans to increase peoples’ skills and pay to give them the income needed to sustain a thriving high street.

“Many of these places are in the so-called Red Wall so there is a political imperative for the government to act fast, as well as an economic one.”