The BBC’s drumming weatherman, Owain Wyn Evans, has accepted a mammoth challenge from Children in Need: to drum, constantly for 24 hours, to raise money for the UK’s most-loved children’s charity.

Musicians from around the UK will join the BBC Breakfast Drumathon on Friday 12 November to help spur him on, creating a wall of sound from Salford to St Andrews, Swansea to Strabane.

Performers in every genre of music from rock, reggae, jazz, funk, punk and pop, to marching bands, body percussionists – melody makers everywhere – will join Owain to make some noise.

Starting on BBC Breakfast at 8.35am on Friday 12th November, it will end 24 hours later on the same BBC One programme on Saturday 13th November. The challenge will also be streamed for 24 hours on BBC iPlayer.

Throughout the day, Owain will be heard across the whole of the BBC on TV, radio and online.

He will have drum kits placed around MediaCityUK in Salford, with his main stage area in the BBC Philharmonic Studio, where he’ll be joined by members of the orchestra for special performances.

There will be special moments involving celebrity drummers, amateur enthusiasts and children.

Mark Richardson, drummer from Skunk Anansie and Feeder will support Owain and help rally the troops to play with him.

Together they will teach people drum rolls, stick tricks and remind everyone to dig deep and give generously to help thousands of kids around the UK.

At 6.55pm on Friday 12th November, there will be a special BBC One TV performance where everyone will come together for Owain’s Big Bang and beat whatever they have, from pots and pans, bin lids, buckets or a cardboard box to the same tune.

Owain will be joined by an ensemble of 50 drummers who will lead the country in a rousing performance of the BBC News theme.

“Over the years it’s helped me so much, it eases my anxiety and brings me so much joy!

“That’s why I’ve accepted this mammoth challenge. I want to help change the perception of who can be a drummer, and support all of the amazing charities and groups that BBC Children in Need helps.

“In preparing for the BBC Breakfast Drumathon I’ve learned first hand how BBC Children in Need helps children and young people across the UK from a range of different backgrounds and identities.

“This is quite literally life-changing and even life-saving stuff.

“I really hope that together we can raise huge amounts of money for what I think is going to be a monumental challenge. 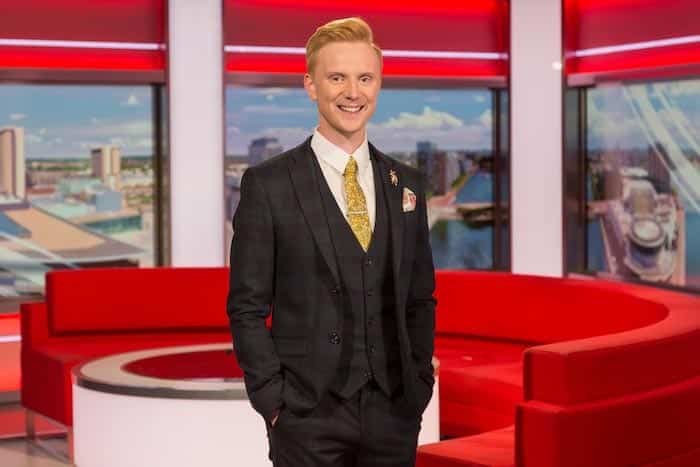 Throughout Owain’s 24 hour Drumathon challenge he will be supported by Professor Marcus Smith (University of Chichester) and colleagues at the Clem Burke Drumming Project who have researched the impact of drumming on children with autism. Professor Greg Whyte (Liverpool John Moores University) will also be providing bespoke sport science support to help him throughout.

“Owain’s Drumathon is a unique challenge and one that has never been done like this before,” says Professor Whyte.

“The complexity is caused by the combination of an arduous physical challenge, coupled with having to maintain rhythm, while staying awake for 24 hours.

“Anyone who has ever been jet lagged or sleep deprived will know that co-ordination and rhythm is the first thing to go!”

Professor Marcus Smith says the magnitude of what Owain is about to undertake cannot be overstated.

“Not only is there the physical requirement to play the drums for 24-hours but also the cognitive challenge of conducting meaningful interviews and conversations with world leading drummers and guests.

“For me, that is what makes this challenge so unique. Preparations are going very well and I am confident, given support from the public, that Owain will rise to the challenge.”

Tommy Nagra, Director of Content at BBC Children in Need, says: “We’re thrilled that Owain will be picking up his sticks to take on this epic fundraising challenge.

“The Drumathon will highlight how the power of music can change young lives and the money raised will make a real difference to children and young people experiencing disadvantages right across the UK.

“Everyone at the charity, including Pudsey, will be cheering Owain on and we wish him the very best of luck!”

Representatives from Children in Need projects will be on air across BBC programmes to explain how they use drumming as therapy to help young people right across the UK.

The charity hopes to raise the roof with stories about the positive impact drumming can have, promote its benefits and help people re-connect with the power of making music together.

BBC Children in Need’s vision is that every child in the UK has a safe, happy and secure childhood and the chance to reach their potential.

BBC Children in Need is currently supporting over 2,500 local charities and projects in communities across the UK that are helping children and young people facing a range of disadvantages such as living in poverty, being disabled or ill, or experiencing distress, neglect or trauma.

Since BBC Children in Need’s first major Appeal in 1980, the British public has helped to raise over £1 billion for disadvantaged children and young people in the UK.

Further information on BBC Children in Need can be found at bbcchildreninneed.co.uk and the charity appeal show will be on Friday 19th November.