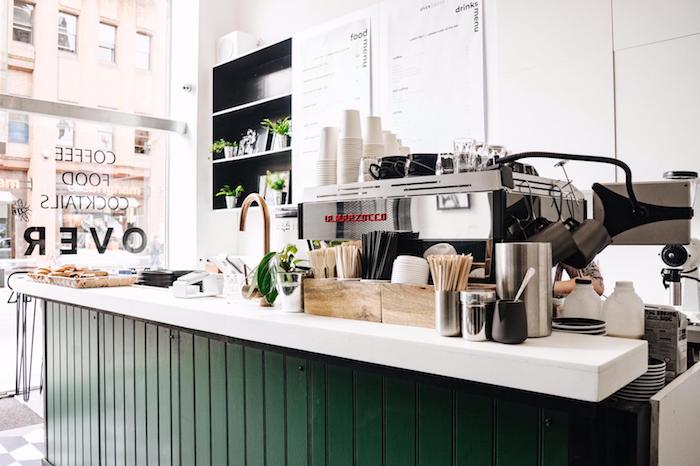 Over Under is a unique concept that’s just taken up residence on Deansgate. It’s a stylish coffee shop by day, and from mid-June onwards, will transform into a cocktail bar at night.

But Ed Barry, the company’s founder, is keen to stress it’s not a half-hearted effort that simply involves “turning the music up and the lights down”.

“We’ve designed every element of the shop to transform into a cocktail bar, so the tables flip, and the walls are on hinges,” says Ed who’s spent the last week in the city overseeing the opening.

“We shut for an hour to do it, and then open as a bar. People will be amazed when they come in the evenings and it’s like a completely different space. 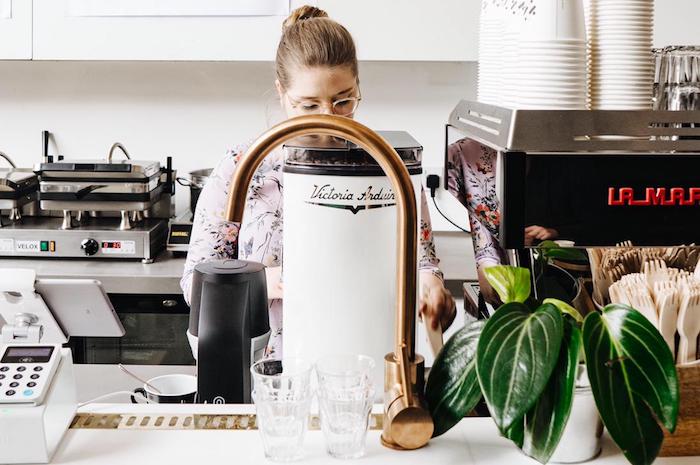 “It’s been awesome. What I love about Manchester is every time we’ve come up, everyone’s so incredibly friendly and that’s exactly what we’re about. There’s zero pretentiousness.”

Ed’s from New Zealand but spent time working as a manny in New York (“like a Mary Poppins for these two children”).

“I had a lot of free time and fell in love with the whole café culture and hospitality out there, so I came back to London and worked in a whole load of different restaurants, bars, pubs and cafes to work out what I really wanted to create.

“And then we opened up a small shop in Earl’s Court in 2017, which got amazing feedback. 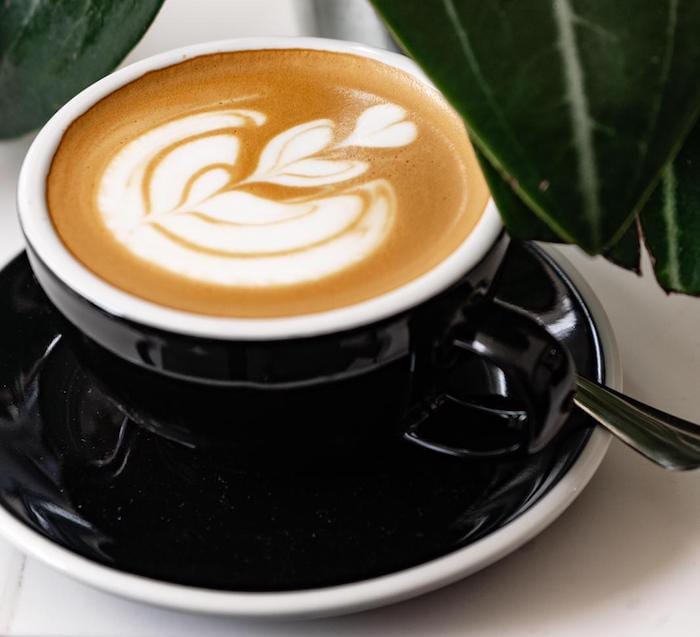 “We just really tried to focus on the service aspect and make sure the moment someone walks in, it’s like you’re inviting them into your home.

“Our coffee’s great, our food’s great but we really pride ourselves on our service and really make sure we have a positive impact on someone’s day.”

“A guy who used to manage our Earl’s Court site moved to Manchester and fell in love with the city, so he encouraged us to come up and have a look. He understands the brand, and what we’re trying to do and the culture we’re creating, and he found us this amazing site,” says Ed. 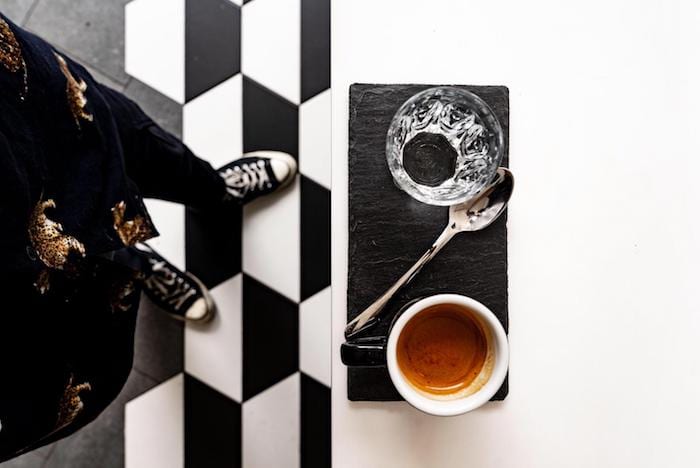 “We’re an Antipodean company that happened to open shops in London first, and we’re very aware we don’t want to just come up and do something that works in the capital. We want to be able to adapt and listen to our customers and we’re a young enough company to be able to do that and make changes if we need to.

“It’s about providing that service, that friendly attitude we think Manchester will really enjoy.”

Over Under is an intimate space, catering for 22 covers during the day and a further four at night with the addition of high stools at the bar.

“It’s a beautiful old building with these amazing windows and that makes it even more attractive if you’re coming for after work drinks with a friend or coming on a date,” says Ed. 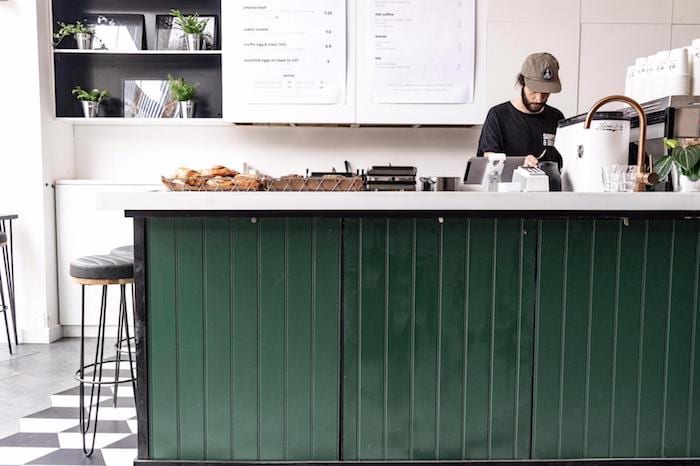 “There’s this green palette that runs through each site we but try and look at the local area of each shop and add aspects of that to it because I don’t think people want a cookie cutter model.

“We’ve gone a bit more industrial with the Manchester design, so a bit more corrugated iron, and we had to work with these high ceilings, so we’ve got this imaginative winch that hoists things up and down to our storage area.

“The flowers and greenery are from local florists too, so we try and do a lot of research on the area and get feedback from people who know the area before we design it.” 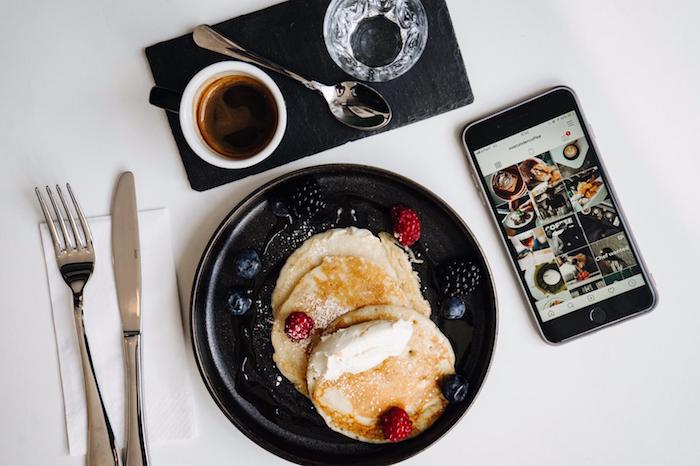 “There is a base menu, and then the team at each site creates their own specials, which allows for an element of surprise.

“At the moment we’ve got things like chorizo hash, coconut yoghurt and Reuben toastie on the brunch menu, and in the evening, we’ll be keeping it really simple with two or three main items and then olives, smoked almonds, and amazing crab sliders.” 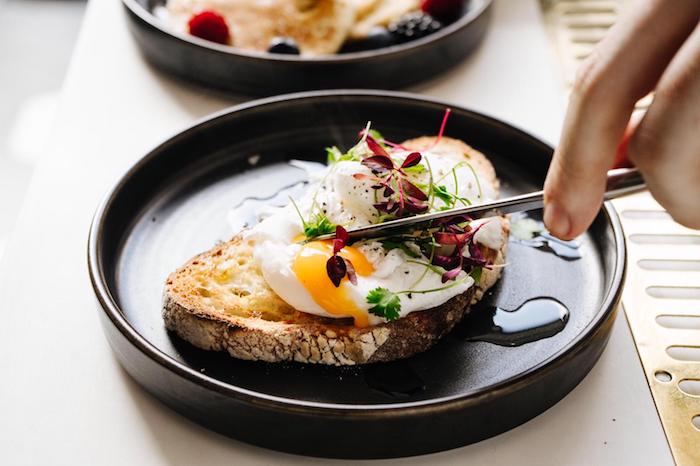 The cocktail list will include the likes of Milk Punch, made up of pink pepper gin, martini bianco and coconut water, as well as classics such as the Espresso Martini but coffee remains at the heart of the company.

“We take what we do very seriously but don’t take ourselves that seriously.”

Over Under is open from 7am – 5pm at 111 Deansgate, and in the evenings from mid-June.