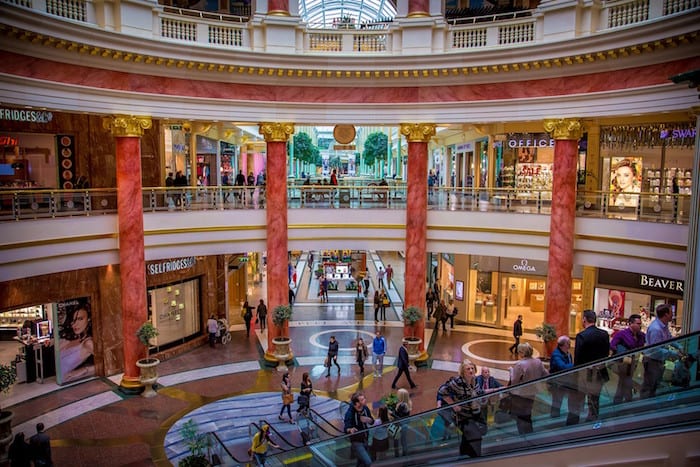 It opened in September 1998 in the wake of bitter controversy but has become one of the greatest retail success stories of the last two decades.

Now hosting 35 million visitors a year to its 280 stores, intu Trafford Centre is now the second biggest shopping complex in the UK and is poised to expand even further. A new £75 million expansion and makeover was announced in July this year and the construction of a long-awaited Metrolink spur to the shopping mecca is due for completion in 2020.

Originally conceived, developed and built by property tycoon John Whittaker’s Peel Group at a cost of £600 million, the centre was sold to Capital Shopping Centres in 2011 for £1.6 billion, with Whittaker becoming deputy chairman. At the time it was the biggest property transaction in British history.

The centre was rebranded as intu Trafford Centre in early 2013. 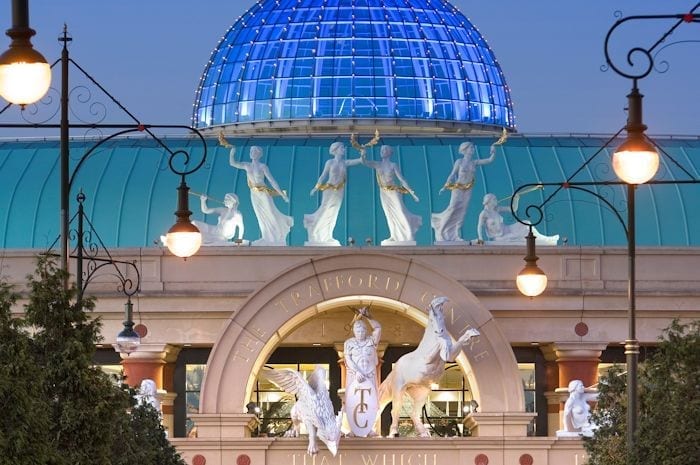 The dream of developing major out-of-town shopping complex near the obscure canalside village of Dumplington was at the heart of a bitter ten-year takeover battle for the Manchester Ship Canal Company – much of the seaborne cargo traffic by then long gone – eventually won by Peel in 1986.

The move triggered another battle – this time a legal challenge led by Manchester city council opposing the project.

Planning permission, granted in 1993, was overturned in the Court of Appeal the following year, but re-instated in the House of Lords in 1995. Construction work began in 1996 – the year that much of Manchester city centre’s retail heart was destroyed by the IRA’s detonation of the biggest bomb ever exploded on the UK mainland in peacetime. 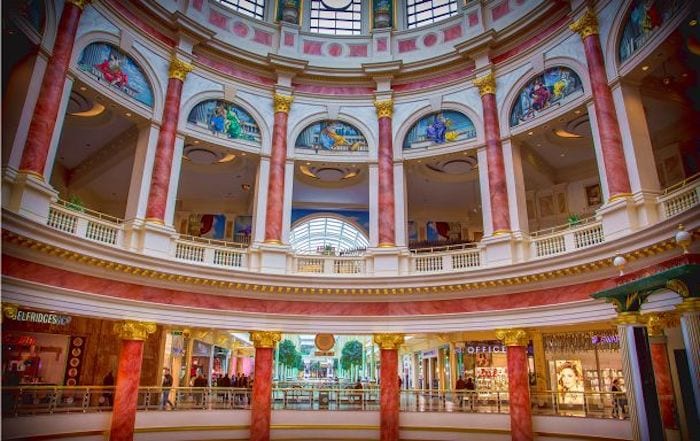 It would have been understandable had Manchester, with competition from the Trafford Centre looming, opted to patch up the devastation as quickly as possible. Instead the city opted for a major regeneration since much admired and successful. An early realisation, perhaps, that the Trafford Centre and central Manchester could be economically complementary to each other. Many major stores have a presence in both.

Mutually beneficial co-existence between the intu Trafford Centre and the city centre is now widely accepted, with Manchester becoming the second most visited city in England.

Work is due to start on the makeover of Barton Square later this year with completion due early in 2019. The redesigned square will incorporate a soaring glass-domed roof anchored by a “huge” new branch of Primark.