ABC will be performing at Manchester235 with a 60 minute set... 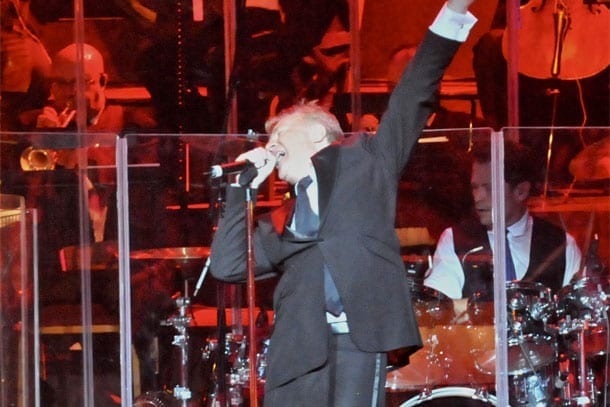 If you’re old enough to remember the 80s you’re bound to remember ABC. Considered by many people to be one of the best bands of the decade, their debut album The Lexicon of Love crashed straight into the UK album charts at number one in 1982. With a majestic production from the legendary Trevor Horn, it remains a classic to this day.

Five more albums, ten UK and five US Top 40 hit singles followed. In April 2008, ABC released Traffic, their first studio album in over 10 years. The last four years have seen ABC complete four successful American tours, the sell-out Steel City Arena Tour with The Human League and Heaven 17, and a string of Country House Shows in the UK including the Isle Of Wight Festival and Camp Bestival.

The Independent newspaper described the 2009 performance of the Lexicon of Love album live at the Royal Albert Hall, accompanied by the BBC Concert Orchestra as a “glorious night that has placed one of the Eighties’ most perfectly constructed albums back near the top of the pop pantheon”.

For one night only they will be performing at Manchester235 with a 60 minute set which includes all the hits including Poison Arrow, When Smokey Sings, and the song which Paul Morley has called the greatest pop single of all time – The Look of Love – as well as some newer material.

Although ABC are known as a Sheffield band, Martin Fry, who has been lead singer for more than thirty years, is actually a Manchester lad. He was born in Stretford and lived with his family in Cheadle Hulme and Bramhall.

Martin fondly remembers coming in to Manchester on Saturdays, buying clothes from Stolen from Ivor on Market Street, (he still has a bag), going to clubs like Rafter’s and was one of the 150 or so people who actually were at one of the most influential gigs of all time – the Sex Pistols gig at The Lesser Free Trade Hall in 1976.

He dreamt of “creating something original and getting on Top of the Pops” and went to university in Sheffield, where he joined the band. The rest is history.

He still has family in Manchester and comes back 3 or 4 times a year to visit them and when he is performing.

“I love Manchester, so to be asked to come and perform at Manchester235 is a true honour,” says Martin.

“There’s always something magical about performing in a club-like atmosphere to an intimate audience. I have no doubt the Manchester235 casino will offer a unique and buzzing atmosphere on the night.”

But doesn’t the man described by the NME as “a revelation”, “a soul man supreme”, “an ageless performer”, and “the missing link between Bryan Ferry and Jarvis Cocker”get bored performing all the old hits?

“I’m never bored. I’m delighted to perform them. It’s like being a human juke box. It’s an absolute honour to look out into an audience see people singing along to the songs.”

ABC’s brilliant blend of soul and funk-infused pop music is as fresh and original as it was back then. But will he be wearing the gold lamé suit? You’ll have to wait and see.

Don’t miss ABC at Manchester235 on Saturday 30th January. Tickets are available from £99 and include a three course meal catered by the James Martin Manchester restaurant followed by the exclusive gig. To book visit www.Manchester235.com  or call 0161 828 0300.

Or for your chance to win a pair of tickets click here.